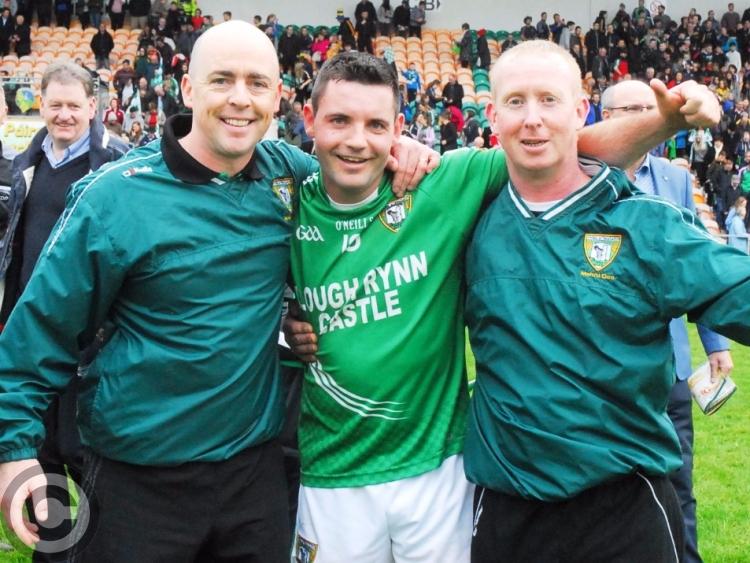 Defence is the bedrock of success proclaimed Padraic Davis in last week’s Observer ahead of the Connacht Gold Senior Championship Final. So it is no surprise that the Mohill manager felt somewhat vindicated after the victory over Glencar/Manorhamilton.

With Mohill’s defence restricting Glencar/Manor to just three points in the second half, Padraic was delighted when he said “Yet again, our defence was absolutely outstanding. We spoke last week about defences and what do you say, there is the evidence.

“If you defend like that, you’re going to be very hard beaten. They broke Manor’s hearts and I suppose they put in eight or ten high balls on top of us and Ronan Gallagher and the boys dealt with them one after the other, they stole a march once or twice when there were overhit handpasses.

“But look, we can’t ask for much more from that unit, they’ve given it all, guys tracking back from the middle of the field and they’ve done it and more. It is a great achievement, a great credit to the players and the club and hopefully in time to come, they can kick on from here.”