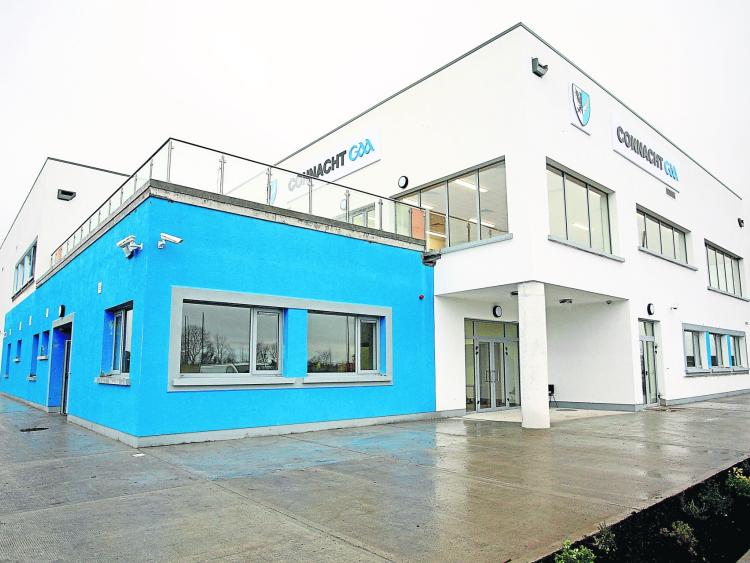 Leitrim could be in line to play FBD games indoors in the coming years with a new, state of the art facility at the Connacht Centre of Excellence set to be finished by the end of the year.

At the launch of the 2019 Connacht Championship yesterday in Bekan, Co Mayo details of a new indoor playing facility, which will be the largest of its kind in the world were announced.

The above timelapse video shows the Braemar Field Dome being inflated. The development in Mayo will surpase this project in America in terms of size.

At the Championship launch Connacht GAA President Gerry McGovern, along with John Prenty and Cathal Cregg outlined details of the new development which will ensure games can be played all year round at the Connacht Centre of Excellence.

The indoor facility will be housed in an inflatable air dome with Connacht GAA having already secured funding of €2.1m through the Department of Rural and Community Development rural regeneration fund. The total cost of the project is expected to be in the region of €3m.

The inflatable dome will measure 150 metres x 100 metres and will be 26 metres in height.

The state of the art facility will include a full sized astro turf pitch, gym, testing area and office space and will be open to all sports and community initiatives throughout the province.

Announcing details of the project John Prenty, Secretary Connacht Council, said the facility will be able to accommodate in excess of 600 spectators and would be able to host inter-county matches such as FBD games should weather conditions dictate the game was not able to be played outdoors.

Mr Prenty indicated he hoped the facility will be opened by the end of this year, indicating the official opening may be held on December to coincide with the anniversary of the establishment of Connacht GAA.