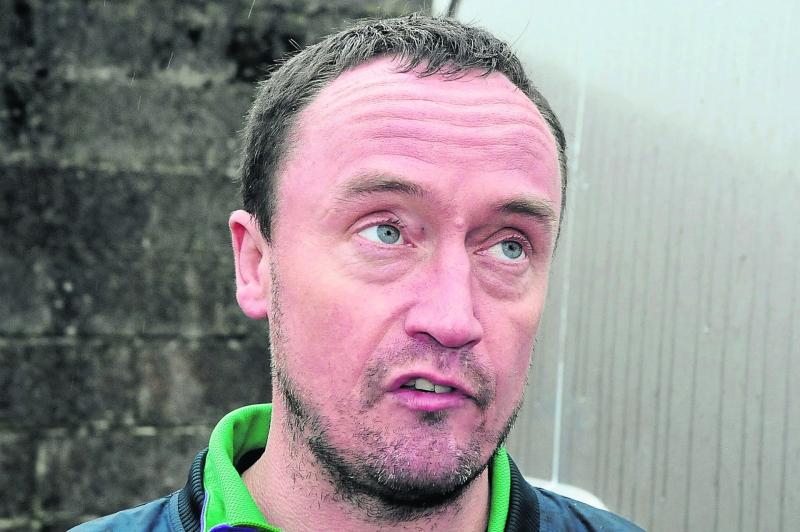 The sense of deflation and loss among the Leitrim Gaels players and fans last Saturday in Dr Hyde Park was palpable, manager Mal Guckian expressing pride in his team amidst bitter, bitter disappointment.

“We’re bitterly disappointed, of course,” Mal told the Observer, “We came down here, we’ve put a lot of work in all year, we’ve put it in the last couple of weeks and we prepared very strongly for representing the club, the village and Leitrim when we got down here.

“It was just one of those days, it didn’t go our way. We put everything into it, a couple of mistakes on our side, the lads know that but on the plus side, our boys know they mix it with the best out there and the young lads coming through are pushing all the way.

Colm Moreton’s goal cut a four point Tulsk lead back to the minimum and the Leitrim Gaels boss felt his team were entitled to a chance to draw the game with the amount of time wasted in added time: “I thought he could have easily given us one good kickout, with all the stoppages in stoppage time.”

Leitrim Gaels dominated the game for long spells but Mal pointed to Aidan Flynn’s black card as a key factor in the loss: “Aidan was a loss, we all know that. I have to say I thought it was very dubious but of course I’m going to say that. Two fellas on the ground, I don’t know, I couldn’t see it from my angle. Of course he was a loss but we kept the heads up and kept going at it.”

Yet Mal felt the inability to convert dominance into scores was just as crucial: “There was a long period in the second half when we should have got scores, even that one or two just to keep ticking over. I think we went a good 10, 12 minutes without getting a score. If we had got one or two more scores, I think we’d have kept them at bay.”

Mal also paid tribute to Tulsk and he wasn’t surprised by their fightback: “I watched Tulsk twice and they came back in both those games, they are a good team. I think when they got their noses in front, it gave them the belief for the last couple of minutes.

“We were chasing it and trying to go at them, we knew time was nearly up and lads could sense that, we were trying to throw everything up the pitch.”

Despite his disappointment, Mal was happy with a very successful year for Leitrim Gaels who are already looking forward to next year’s Senior championship: “The Senior championship is going to be a totally different ball game but the lads know that. “The lads worked hard all year, we had a very successful Division 1 League and then went out and won a hard fought championship so it has been a successful year. But that’s what you get when you put the work into it, they were willing to work, willing to give everything, to prepare their bodies for the club.

“We are a small club, a small enough panel but we have players coming through which is the strength in depth.”