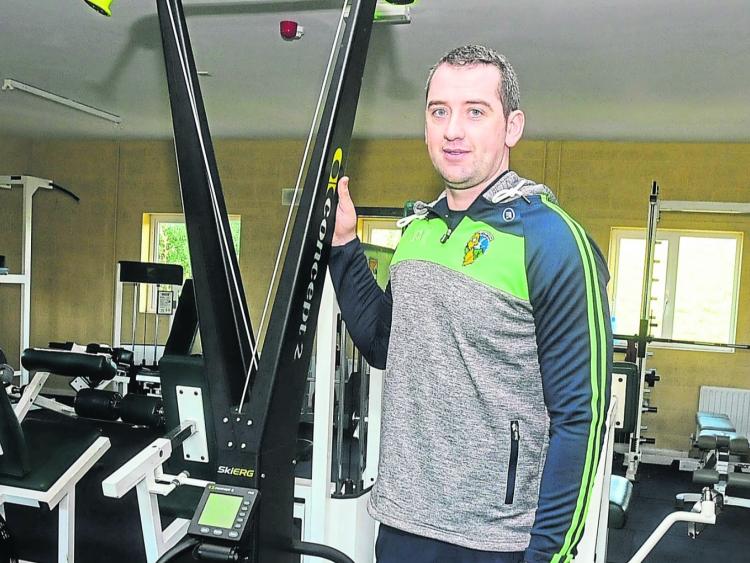 The past is simply that, the past and the future is there for the taking. Hugh Donnelly might not have said those words but you get the sense that he’d agree with them as the new Leitrim Ladies senior football manager plots the county’s return to the big time.

Leitrim open their 2020 Lidl NFL Division 4 campaign next Sunday, January 26, away to Derry with a new look courtesy of a new kit deal and a new manager in Hugh Donnelly and the Tyrone manager is full of enthusiasm for the task ahead.

“It is a great position to be in,” said Hugh as the ladies team seek to regain lost glories, “the buzz around the county has been good and if we can maintain that and keep pushing on. It is great to have the support of the County Board and the clubs.

“Now it is appealing to clubs and supporters to get out and support the players and help get us across the line. The ability that I have seen throughout the challenge games that we have played is phenomenal.

It has been a torrid few years for the Ladies game in the county with the senior team failing to field one year while relegation to the Junior championship was avoided in a playoff against Wicklow last August.

But the past is of very little concern to the Tyrone native now tasked with guiding the fortunes of the Green & Gold ladies: “Whatever happened prior to my arrival is under the water as far as I’m concerned, we’re starting afresh and we’re trying to bring in a professional set-up that helps us move forward.

“I can’t fault the County Board and the Clubs for grounds and for players representation and things like that, I’m really happy with things at the minute and the only way is up.”

“It is my job to put all the pieces together but the camaraderie between everybody at the minute is fantastic. It is good to have your older generation coming through as well because they have an idea of what it takes to play at the highest level consistently, it is all good.

Read Also: Turning the GAA world on its head

“The idea of carrying so many is that we need experienced players, we need that. We need players who have been there, done that and they can offer advice and put an arm over the shoulder for the younger generation and that is what it is about, being fit to bring on the younger girls.

“Just having the know-how and experience in that they’ve done that. Our priority at the moment is getting us playing a system that we are comfortable with, that the girls are familiar with and relate to and hopefully we will get across the line.”

Hugh is hoping to take a low key, almost under the radar approach but low-key does not mean low ambition: “Cliche or not, it is about performances, putting together what we’ve been trying to do at training and building on it week on week.

“If we take care of our jobs, we’ll not be far away and I mean that with no disrespect to anybody. We’re just going to focus on ourselves and do our best to ensure that we play to our potential and results will take care of themselves.

Derry is under new management as well and we will not underestimate anyone. Derry will “give us our fill of it, we are under no illusions about what is ahead of us, not just in Derry but for the rest of the League.

“Carlow went four for four last year and then Fermanagh beat them and the wheels came off the wagon but you have Offaly, Louth who reached the Junior All-Ireland and won it. I think there are six or seven teams under new management so we’re under no illusions.

“We have a bye in week two, it gives me a chance to look at other teams so hopefully with the level of potential we have in this team is phenomenal so I’d be looking to get a performance against Derry and we’ll worry about Antrim two weeks later.”

“From my own experience, I’ve played in and been involved with teams that have played in a lower league and a higher championship and vice-versa, so I know what it takes. But again it goes back to our own philosophy of take care of our own performance and worry about ourselves.

“If we do that and we’re hard to beat, we’ll not worry so much about other teams, we’ll focus on ourselves and get across the line.”

But at the moment, the focus is very much on Derry and Hugh is approaching the game full of praise for his squad: “When a new manager comes in, players are looking to impress, so look, it is going to be a tough slog and hopefully we are going to do the business and get across the line.

“It is a 40 girls panel this year and every girl to date has put their shoulder to the wheel and they will continue to do so. It will take all 40 players to get across the line and let's hope we can maintain it.”