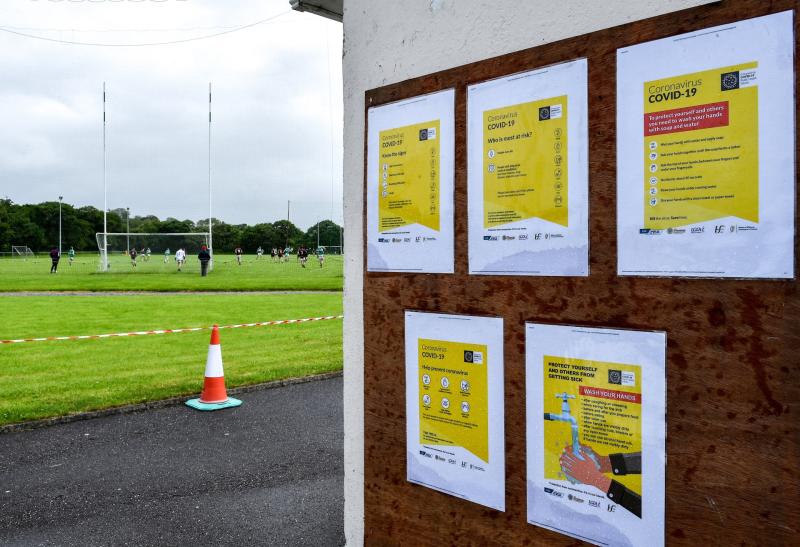 CROKE PARK GAA officials have confirmed the matchday regulations ahead of next Friday's July 17 return to competitive club fixtures.

The new measures were approved by An Coiste Bainistíochta on Thursday July 9 and circulated to County Boards this Friday morning.

* A maximum of five (football) and seven (hurling) Team Officials shall be allowed within the pitch enclosure during the playing of our games. It is suggested that these should be: One Bainisteoir, One Maor Fóirne, Two Medics, One Club Official , Two Maor Caman (Hurling Only).

* Subs and Team officials should be positioned on opposite sides of the pitch to allow for government guidelines around social distancing to be followed.

* The use of dugouts is discouraged, but they may be used provided the government guidelines around social distancing are followed (currently 2m between each person)

* Water Carriers are not permitted in either Football or Hurling. One water break will take place between the 15th & 20th minute in each half at the referee’s discretion.

* Two Hurley Carriers are permitted in hurling, but are not allowed to carry water into the players and may enter the field of play only with a replacement hurley when necessary.

* The referee has the authority during the game to send any person in breach of the regulations to the stand/outside the pitch enclosure and such person cannot be replaced.

The Player and Team Officials Covid-19 Guidelines state that there will be no handshakes before or after games; No spitting or nose-clearing; Team huddles should only take place where social distancing is observed; Use hand sanitisers before and after every match; Players should use their own clearly marked water bottles; Interaction with opponents and match officials should be kept to a minimum after the match.

Elsewhere, the new regulations outline how the new Team Officials and Players Zone shall be positioned between the two 20m lines and have fourteen seats which will be positioned to ensure compliance with Government social distancing guidelines (currently 2metres). Where facilities in particular grounds allow for the two teams to be positioned on the same side of the pitch and for social distancing guidelines to be followed, alternative arrangements may be made in advance by the Committee-in-Charge and communicated to the relevant units - see graphic below.

Ball Boys are not permitted.

Under the new Game Regulations; all Team Officials in the designated areas must be named on the official list given to the referee and may include: Bainisteoir, Maor Fóirne, Medics, Maor Camán (Hurling Only) and Club Official. The Bainisteoir also shares the responsibility of ensuring that Game Regulations are respected by players and members of team management. They shall also have the responsibility for preparing substitutions slips. The Maor Fóirne (who must be a Selector/Coach) must wear the official approved bib (Yellow or Orange) and may enter the field of play only through the area in front of the team's designated area, and only when the ball has gone out of play following a score, wide or during a stoppage called by the Referee. He shall exit the field at the nearest point and return to his designated area without interfering with play or opposition personnel. Selectors must be positioned outside the pitch enclosure.

Also stated it that substitutes are not allowed a kick/puck around at half-time. A maximum of three substitutes wearing designated distinctive tops may warm up on sidelines at any one time. 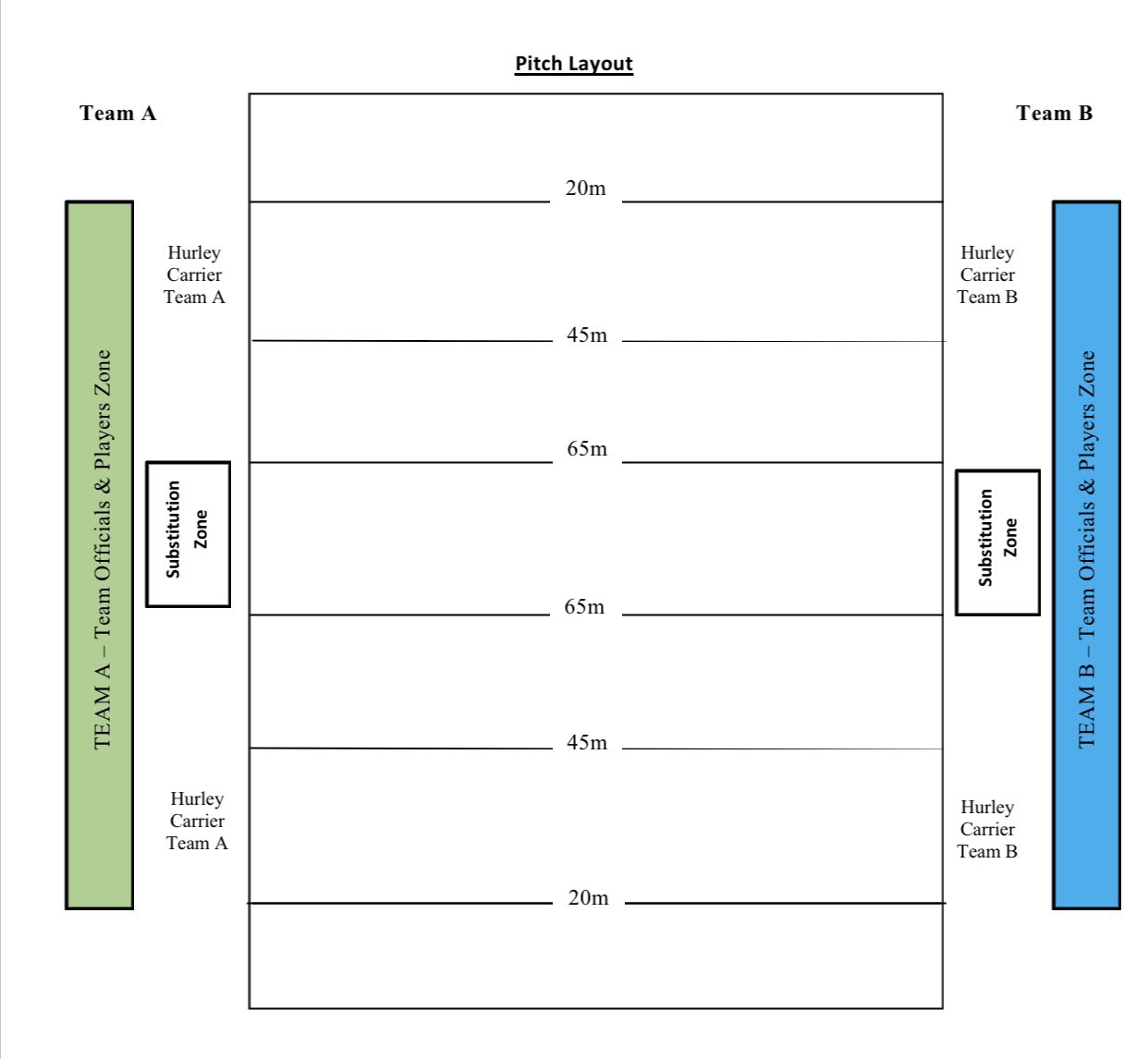