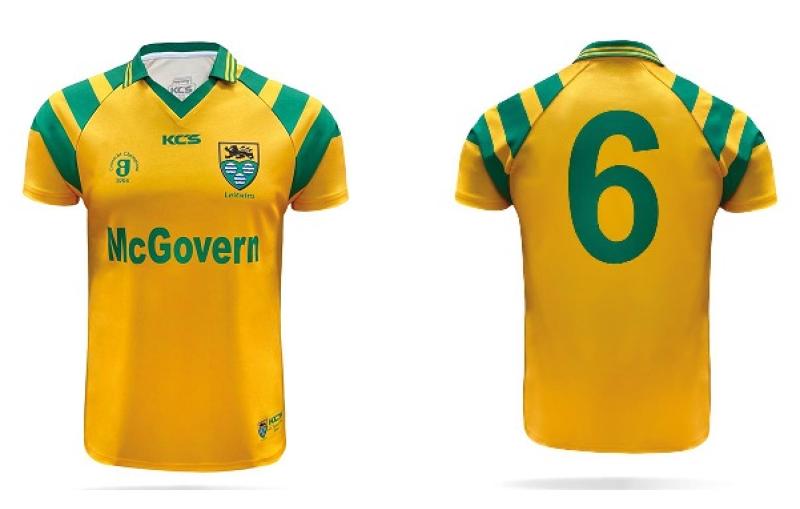 GAA fans are well used to supporting their own club's lotto but one club in Meath may find a load of Leitrim GAA supporters subscribing to their lotto this week as they offering anyone who subscribes to the draw the chance to win a classic Leitrim 1994 Connacht Championship jersey.

Cortown GAA club, situated between Kells and Navan, are running their weekly lotto with the draw held every and in an extra incentive to get non-Cortown and non-Meath fans to support their lotto, they have taken to adding the prize of a retro GAA jerseys from different counties.

This week's jersey on offer is the famed McGovern Brothers sponsored Leitrim jersey from 1994 so it will be a much sought after item for all Green & Gold fans. You could also win their jackpot of €5,900 when you buy three lines for €5 with the draw held each Friday night.

Calling all Leitrim Lovers
As part of this week's Lotto, we have this classic Leitrim jersey from the 1994 Connaught Champions.

To be in with winning the jersey and the €5,900 Jackpot, all you have to do is play our Lotto! Get 3 lines for €5 at https://t.co/zYCJv2es9W pic.twitter.com/7GMmsyGODL

Cortown GFC was founded in 1969 and won the Meath Junior Championship title in 1993 and 2014 and the Intermediate crown in 1996. If you want to try to get your hands on the jersey and support Cortown GAA Club's imaginative fundraising efforts, click HERE to find their Lotto page.