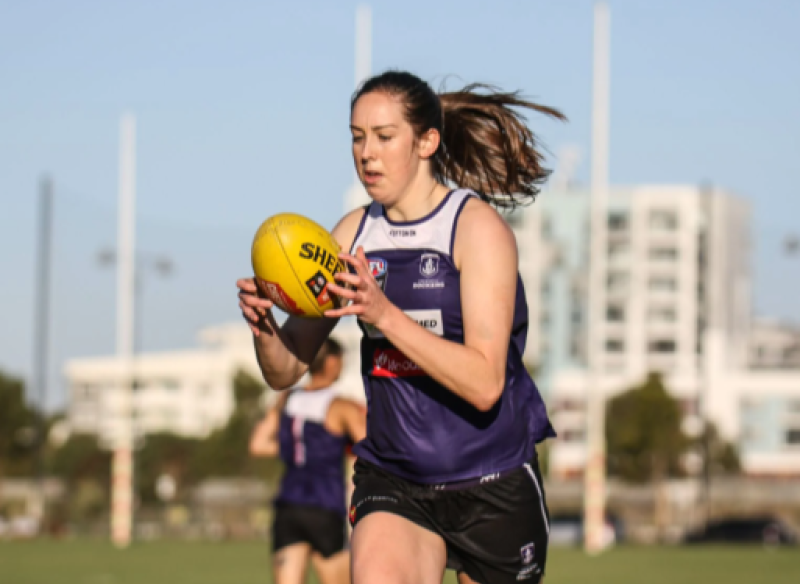 After an injury plagued two seasons in Australia, there was some great news for Kiltubrid's Aine Tighe on Friday when Fremantle Dockers announced that the Leitrim star has signed a new contract with the club.

Welcoming the news, a delighted Aine told the Fremantle Dockers AFLW website: "We have a great bunch of girls here, so fingers crossed I can keep building ahead of a big season. The off-season is where the hard work gets put in…I’ll keep getting the work done to give myself the best chance to be on the track.”

In a cruel twist of fate, Tighe's two seasons with the Fremanatle Dockers team in the Women's Australian Football League have been derailed by two devastating injuries, the first when she suffered a cruciate knee injury before suffering another unrelated knee injury earlier this year.

It meant that Tighe had yet to kick a ball in competitive action for the Dockers but the Kiltubrid woman obviously made such a strong impression that they signed her up for a new contract. Confirming the news, Senior coach Trent Cooper said "Aine is recovering really well from her knee problems and we’re hoping to see her out on the track ready to go for night one of pre-season."

Tighe's contact was announced along those of Ann McMahon and Maggie MacLachlan, McMahon also battling against serious injury in her time with the club: "Ann and Aine are very similar stories in that they have both had significant yet different injuries and haven’t been able to play over their two years at the Club,” Cooper said.

"Both of them have been absolutely exemplary with their work ethic and their abilities to overcome those injuries. We are hoping to see them both out on the park in season six of the AFLW."