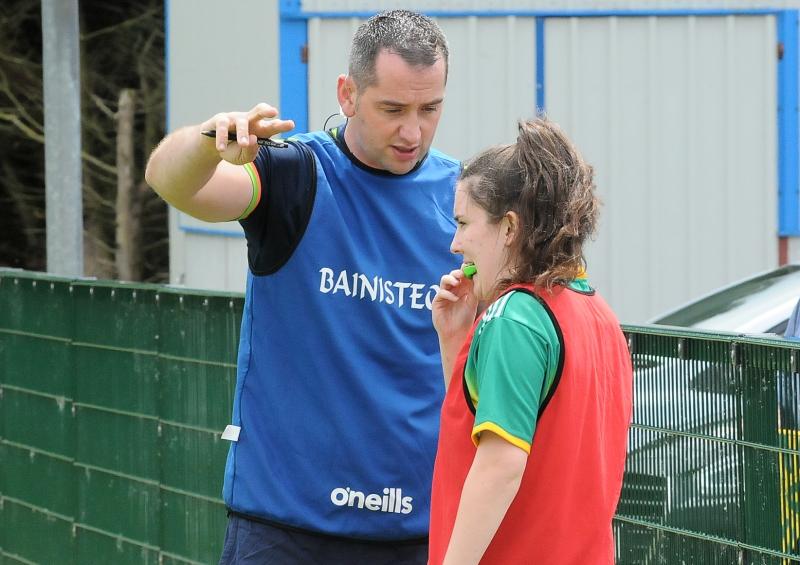 Next Sunday's Lidl Ladies NFL Division 4 Final in St Tiernach's Park in Clones sees Leitrim come up against Louth and while it might be a big occasion, Hugh Donnelly will be reiterating that doing the basics well is what will lead his team to victory.

Speaking ahead of Sunday's Final, Hugh spoke of the basic requirements needed to achieve victory: "We’ve got to focus on what helped us get to where we are today, which is working really hard and doing the fundamentals really, really well. It is like every good team, you look at the Dublins and the Corks, when you do the fundamentals really well, and it goes back to the repetition thing where you get really good at the basics, you just become a hell of a lot more comfortable."

Sounds all well and good but that approach takes commitment from all involved, from players through management to backroom but the Leitrim manager has been delighted with the response from his players: "That’s the key in terms of any inter-county manager or any manager all over Ireland is the buy-in from players. At the end of the day, as coaches and managers, we try and sell something to the players and hope that they buy into it.

"It is so much easier to get results and to sell something if, first of all, they can see the changes themselves and see the progression they are making. It takes a little bit of time but initially the buy-in and I have to give credit to the girls, not just this year’s group but last year as well, there have been a few personnel changes but they bought into it."

Hugh also highlights the role played by those working behind the scenes: "For the likes of myself, I try to come in and put a structure in place and a set-up that is the norm all over Ireland in terms of a professional set-up. The backroom team have as much impact as me because the training has been excellent, the whole buy-in from the backroom team and even on the management side like PJ getting pitches and stuff."