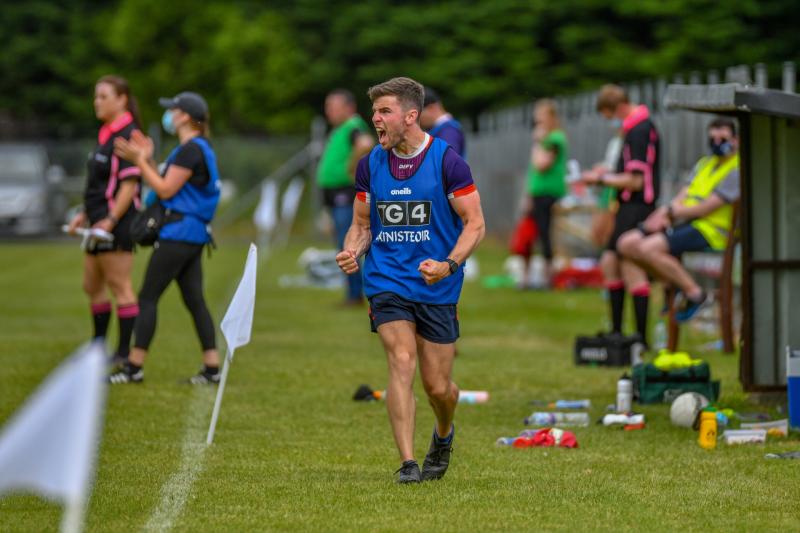 Louth manager Wayne Freeman has questioned the lack of physicality allowed in the game by refs compared to what is allowed in the higher divisions. Pic: Warren Matthews

It has been all smiles and laughter in the Louth Ladies camp over the past few weeks; as after years of getting closer and closer to finally leaving Division Four of the Lidl National League, a shot at promotion has been secured with a fine display against Offaly.

Wayne Freeman’s troops have really found their feet lately, notching up emphatic wins against Antrim and Derry before their semi-final win against the Faithful County. They now face into their biggest game under his tutelage when they face Leitrim in Clones this Sunday (Throw in 2pm).

The westerners will be familiar opposition for the Wee County, having faced off in the opening day of the season. Louth had started that game strong, before some dubious refereeing decisions helped play the home side back into the contest which they won by 3-14 to 3-6.

Despite the setback Freeman believes it has almost played in their favour allowing them to re-evaluate everything about their game: “There was nothing between the two teams and we just came out on the wrong side of it that day” recalls Freeman, “Because we lost, it made us look at ourselves a little bit deeper, work harder and analyse our performances more.”

“We didn’t even speak about refereeing decisions at team meetings, we fully blamed ourselves as these things happen and it could go for us this weekend. That is football and that happens, but it made us work really hard, knuckle down and break down our own performances.”

“We have been very happy with our displays since then and I suppose the Offaly game was our best yet, so we are delighted with our preparations.”

They may not have thought too much about those refereeing decisions but cards to his players have occurred throughout the campaign. Eilis Hand was put in the bin against Offaly, Kate Flood a week earlier against Derry while against Leitrim Sarah Quinn was sent to the side lines.

However, the young manager believes these decisions are more to do with the fact players at this level are not let play with as much physicality as their counterparts in the higher divisions and not due to malicious or poor tackling: “You hear those players talk about the physicality in Division One, they don’t down here as you can’t be overly physical or you will end up in the sinbin.

"I thought the referee done very well in our game against Offaly, but the yellow card wasn’t a yellow card, we were very disappointed in that decision. Looking back on the game, it wasn’t clear what it was for. I do think there is some good referees, like our referee in the Antrim game but they are probably being hampered by the rules and they are being hammered by assessors who are putting them under pressure to blow for certain things.”

“There are outside influences, but it is what it is and every single referee is different and their judgement on calls will be slightly different to others, you have to learn in the first five or six minutes of a game what the referee is looking for and play that way.”

While his players can do little to influence how a ref will see tackles and fouls, what they can do is make themselves heard by slotting over points and in the past few weeks their attacking six has been at their free-flowing best with huge tallies hit from play. 3-9 against Offaly, 3-12 against Derry shows the threat they can bring to the table, with the likes of Lauren Boyle, Kate Flood and Niamh Rice just some of the main protagonists in a Louth attack brimming with confidence.

Having so many weapons at their disposal has left Freeman feeling like they can take on any challenge put in front of them:  “The best thing about it is that there is not just one player standing out with massive scores week in, week out. The scores have been shared around as we have deadly accurate forwards in every position. Every week there is somebody else stepping up and getting the scores.”

“It is very difficult for a team to play against us, as when they focus on one player there is three others elsewhere notching up big scores. That is brilliant from our side of things as it something we have worked really hard on as a unit, fluidity in how we run and move the ball.”

Sunday’s final offers up a place in Division Three, a chance to win some silverware which the county has never won as well as the opportunity to gain some revenge on Leitrim who are the only side to defeat them so far in 2021. The loss and the chance to earn some revenge will play into their preparations, however the Kildare native stressed that in the end after coming up short for so many years it was the idea of playing in a league final that served as their biggest motivator.

“The loss the first day does play into our preps a little bit as we are very competitive group, we were hurt over losing up there and the circumstances of how we lost has meant it has been on our minds ever since.”

“It’s all about winning, the only way you can get promoted is to win the cup as it is one up, one down. We know that title is our main goal but it is not about who we are playing in the final, it is about performing to the best of our ability, if we do that hopefully we can get over the line.” 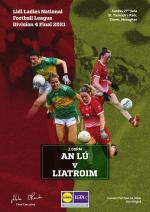