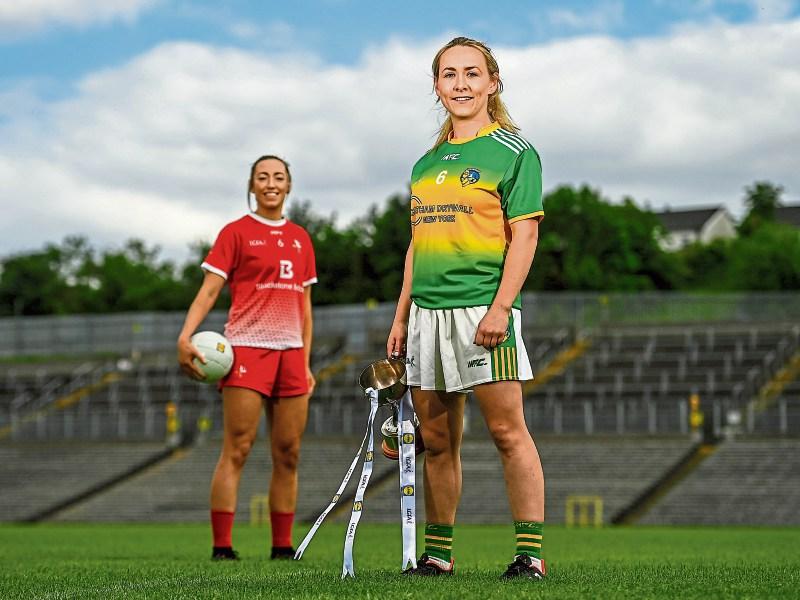 I wouldn't quite have it down as a grudge match but there is no doubt that Sunday's Lidl Ladies NFL Division 4 Final between Leitrim and Louth is carrying an awful lot of extra baggage with it.

The two top teams in the Division, Leitrim and Louth have developed something of a fractious relationship over the last 18 months and I don't expect it will probably get any better when they meet in Clones' St Tiernach's Park at 2 pm next Sunday.

Leitrim got the hump last year when they were dragged off to Carlingford for a crucial League game, their only defeat of the 2020 campaign before Covid called a halt to the world. Louth won by a point but the Green & Gold felt it was a game they left behind them.

Louth weren't too happy with the outcome in Ballinamore in the first round of this year's League, very unhappy with the refereeing as Hugh Donnelly's side won out by eight points.

But in the aftermath of a physical and hard hitting encounter, both teams felt they would see each other again and so it came to pass. So how much do you read into that game?

Louth were without the influential Kate Flood and were the better team until a controversial sin-bin decision. The Leinster side missed a lot of chances and felt they were capable of much better than they showed.

Leitrim weren't too happy that day, not fully firing until they brought on Ailish Cornyn, Muireann Devaney and Carla Le Guen, the Green & Gold had too much pace and power for the Wee County. Leitrim's form has been a little patchy since then but they look to be coming to the boil at just the right time if their first half demolition of an outclassed Limerick is anything to go by.

There is a danger that you can read too much into the 4-12 to 2-7 victory in Milltown for Limerick were not at the races, unable to match the physical power of Hugh Donnelly's charges, their teamwork and the execution of the basic skills of the game.

But there is also a danger that we might play down that form a bit too much, concentrating on Limerick's shortcomings rather than focussing on what was a superb Leitrim display.

Sounds like two peas in a pod to be honest!

Kate Flood may be a X-factor for Louth, the Aussie Rules star didn't play in Ballinamore and she will bring a bit of star quality and power to the Leinster women.

But you can be sure that Leitrim will have a plan to deal with Flood and there is a danger in concentrating on Flood, you could forget about Lauren Collins, Lauren Boyle and Niamh Rice who all impressed in Ballinamore.

The question for Louth is can they match the awesome firepower Leitrim possess - Michelle Guckian is a contender for player of the season but Ailbhe Clancy, Bronagh O'Rourke, Laura O'Dowd and Roisin McHugh have been in superb form and we haven't event mentioned Muireann Devaney and Leah Fox who didn't play in the semi-final win.

If there are concerns, the 2-7 conceded against Limerick and 3-6 against Louth are chief among them but Mary Alice Maguire and Clare Owens have enormous quality in that defensive unit.

Predictions are a trick business but I've got this feeling that Leitrim are on a roll right now. The win for Glencar/Manor last Saturday will only inspire them and it will take some extraordinary to prevent the Ladies celebrating a League Final win next Sunday.