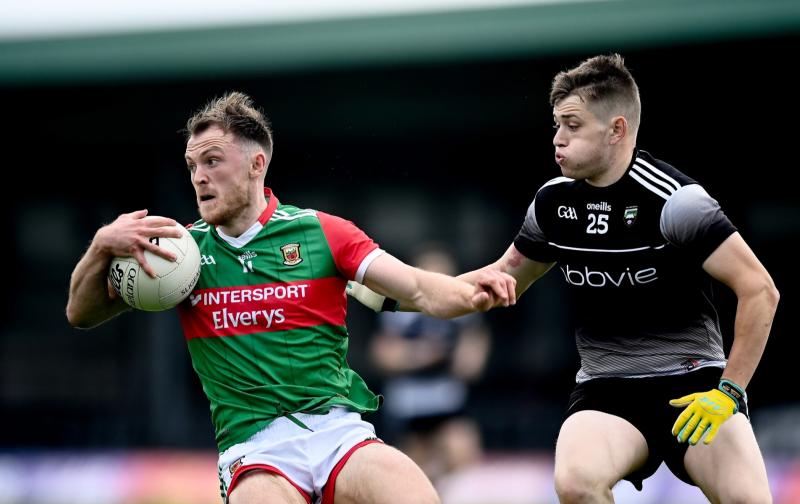 It may have been the outcome expected but not many Leitrim fans will be looking forward to the Connacht SFC Semi-Final in Elvery's Mac Hale Park on Sunday July 11, after reigning provincial champions Mayo demolished Sligo in Markievicz Park on Saturday.

Terry Hyland's Leitrim will face Mayo in the Connacht Semi-Final in two weeks time after James Horan's side stormed to a 20 point victory over a Sligo team that beat Leitrim by seven points in the opening round of the League just over a month ago.

Man of the Match Aidan O'Shea led the way for the champions as he scored a 12th minute goal to give Mayo a 1-7 to 0-2 lead at the first water break and if the writing was on the wall at that stage, Mayo reduced the second half to mere statistics as they scored 2-7 before halftime to lead 3-13 to 0-8.

O'Shea added a second goal with Darren McHale marking his championship debut with a goal as Sligo's tactics to halt the march of the Mayo men was turned on its head by the intensity and high press of the visitors.

The result is just the boost Mayo needed after the blow of losing record scorer Cillian O'Connor to a season ending injury and they will welcome Leitrim to Elvery's Mac Hale Park confident of repeating their 2-15 to 0-10 win in Avant Money Pairc Sean Mac Diarmada last November.

'The Magic of McGarty' against Mayo in the National League

RTE unveil bumper schedule ahead of a massive summer of sport across TV, radio and online
ADVERTISEMENT - CONTINUE READING BELOW