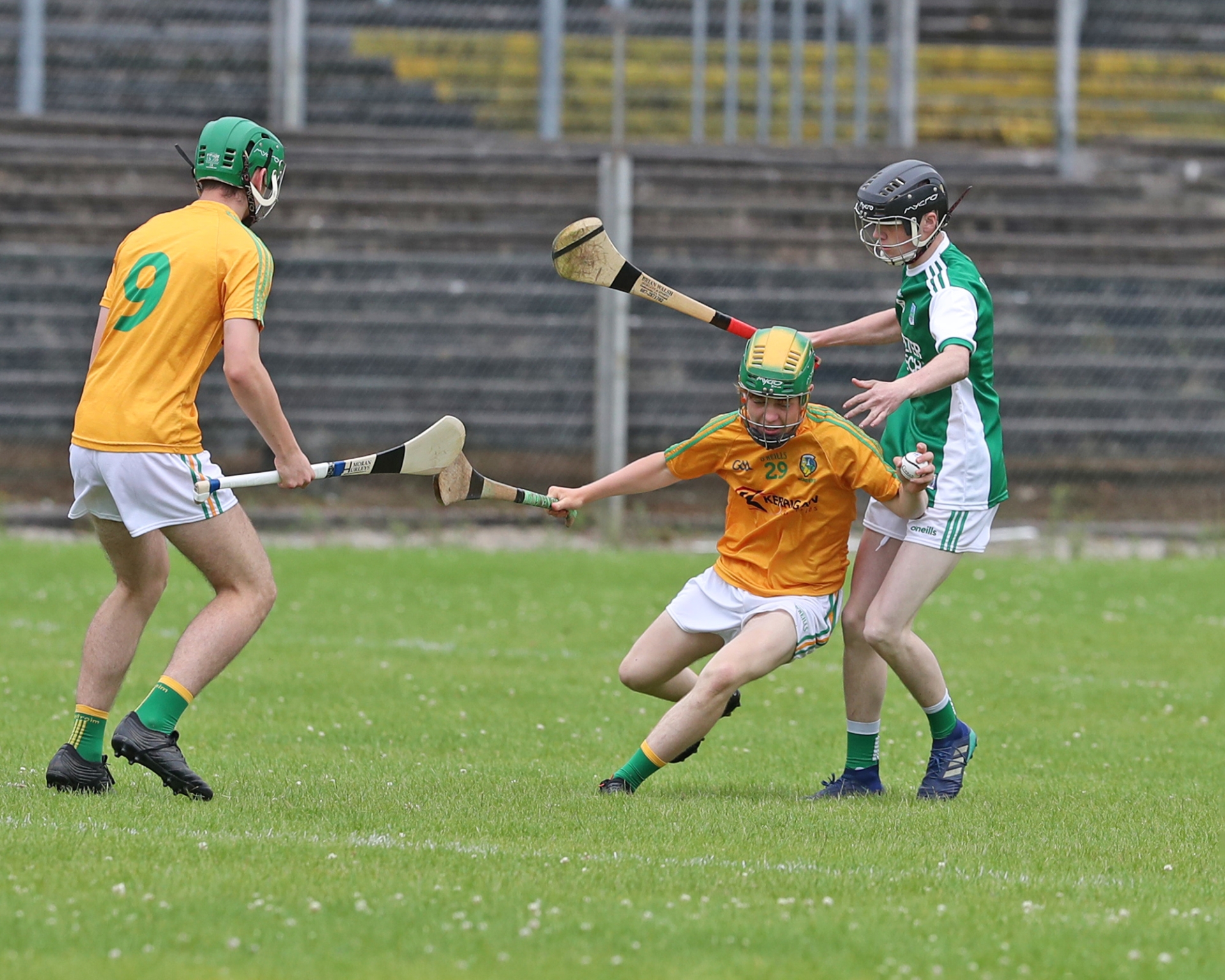 Their senior counterparts may have been enduring a difficult afternoon in Castlebar but the Leitrim U17 hurlers were showing great form as they stormed to a 1-18 to 0-7 win over Fermanagh in Avant Money Pairc Sean Mac Diarmada.

Leitrim led by just a point at the break, 0-6 to 0-5, but a great scoring burst just after halftime saw the Green & Gold pull away for a clear victory with a Conor McLoughlin goal in the final minute the icing on the cake.