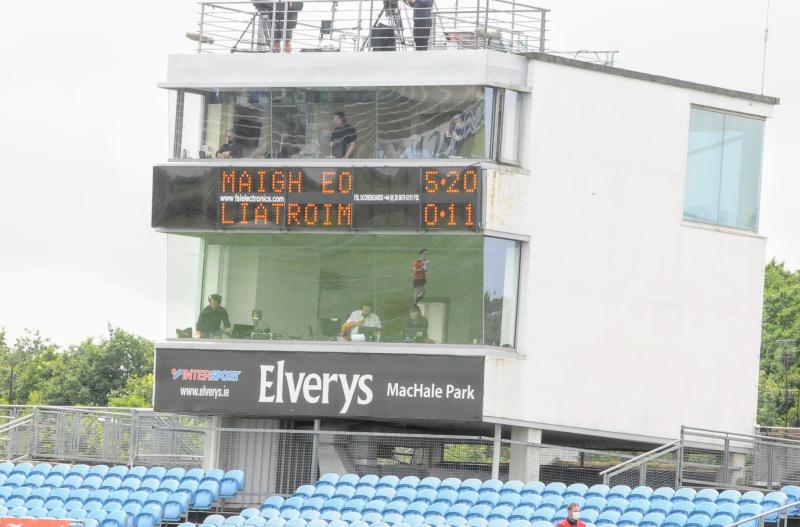 Leitrim football needs to take a group of ten to 12 year old footballers and implement a radical long term strategy if they are to compete with the top counties in the championship according to Senior team manager Terry Hyland.

In the wake of Sunday’s lopsided 5-20 to 0-11 defeat at the hands of Mayo in the Connacht Senior Championship, newspapers, radio, TV and social media has been awash with comments on what to do with Eamonn Sweeney’s piece “How long more can we stand massacre of the innocents?” in Monday’s Irish Independent capturing the general mood.

Sweeney’s column debates the merits of a two-tier championship and championship reform, commenting “Our most popular championship will soon be divided on a financial rather than a geographical basis” but Terry Hyland, while supporting calls for greater financial aid for weaker counties, believes a long term approach is needed.

“For the likes of Leitrim, it is a ten year project. Leitrim needs to go back to pick a group of ten, 12 year olds and start working with them and keep that going for ten years until they get them into their early 20s and hopefully the conveyor belts start,” suggested the Leitrim manager.

“You can’t just keep writing a new script every year. The weaker counties can’t do that, they can’t just keep writing a new script and hoping it is going to change because it won’t change. I was talking to Jason coming down in the car and he was talking about the kids, he was doing U9s and he can see two or three kids so far ahead of everybody but I was saying to him that you’ll probably find that child was handed a ball at two.

“It is like the hurler in Kilkenny, he is handed a hurley at two so he is proficient as he goes through. We try to make things out of people when they have probably gone past the learning curve.”

In fact, the greatest thing Leitrim needs is a plan and the patience to implement it: “That’s the fact of it, it is a long term plan, it takes patience which is probably the thing that nobody in the GAA has. In sport especially, we don’t have patience, we can’t see where we are in five years time or ten years time.

“What Leitrim needs to do, or it could be a Cavan or anybody, is they need to look at an independent group to set that up, that runs irrespective of whether the County Board changes or not changes, these guys are in with a job to do and a project to do.

“Ok, they may need freshening up over a period of time but they are put together, given a task, they are financed and are told ‘lads this what we want you do. County Board members might change, chairmen might change, whatever changes, this is what we’re giving you and we want you to push that on’.”

Financial power does come into it admits the former Cavan manager and while using Mayo as an example, Hyland sees it as part of a bigger problem for the GAA: “We see a spend in Mayo of probably in excess of a million euro on their inter-county teams, you see a spend in Leitrim of probably three or four hundred thousand.

“Now Mayo’s spend of a million is probably being backed by another spend of a million on coaching in the background that you probably don’t even see. All the big counties are the same, I’m saying Mayo because we are here today but every club in Dublin has a full-time coach, some of them actually have two.

“Ok, the clubs have actually stepped up and are paying part of their wage and all that but they have full-time qualified people doing that. It is not just depending purely on the good will of the GAA,what we have done for a century but unfortunately times have changed over that century.

SEE WWW.LEITRIMOBSERVER.IE AND THIS WEEK’S LEITRIM OBSERVER FOR MORE ON SUNDAY’S MATCH