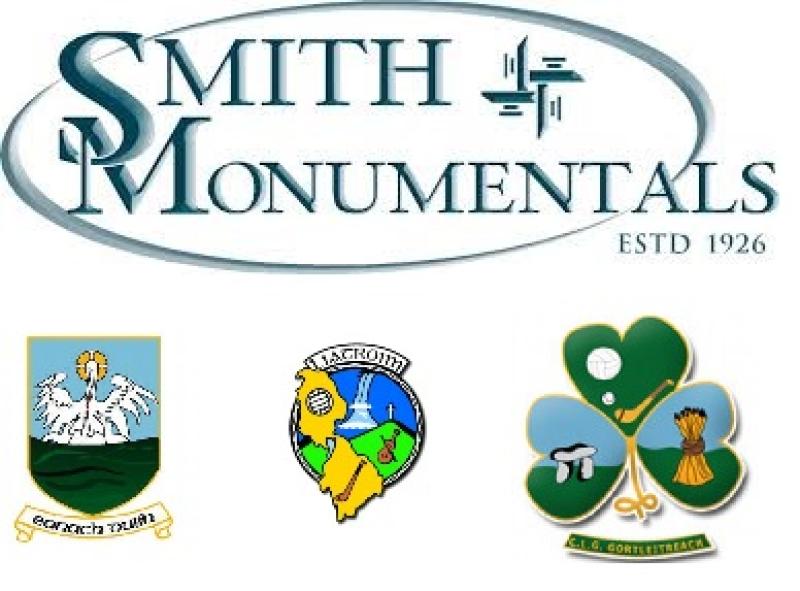 We're a long way removed from 2020 and we already know most of the groupings for the 2021 Club championships but there is a sense of unfinished  business about next Sunday's 2020 Smith Monumentals Leitrim Intermediate Championship Final.

When the curtain came down on the country last October, everyone felt it but for the footballers of Annaduff and Gortletteragh, it was a double whammy that must have felt like a kick in the gut.

First, the original game had been called off at short notice due to Covid issues in the camps and then came the National lockdown meaning that  Annaduff & Gortletteragh have now waited the guts of eight long months for their big day.

Next Sunday's Final in Avant Money Pairc Sean Mac Diarmada (1pm throw-in) comes with an air of mystery for all that we thought we knew about this game last October has been thrown up in the air.

SuperValu, together with the GAA, announce their commitment to increase participation in GAA sports among people from diverse backgrounds by 30% by 2025

Both teams came into the Final on the back of impressive semi-final wins, Annaduff even beat Gortletteragh in the group stages but all that counts for nothing now such has been the time gap between the original final date and now.

Both teams have had four outings in the league and again, it is hard to know what to make of it. Annaduff lost three games to Mohill, St Mary's and Leitrim Gaels but beat Aughawillan in Division 1 while Gortletteragh beat Fenagh St Caillin's and Allen Gaels but drew with Carrigallen & Dromahair.

That would suggest that Gortletteragh are in the better form but the men in green & gold are quick to point out that Annaduff are playing a higher standard of opposition and that is true so they are probably about even in terms of momentum.

Gortletteragh must have a slight worry over the form of star forward and captain Jack Heslin who was injured on county duty earlier this year. Fully fit, Heslin is a match winner so they will want him somewhere near top shape if they are to succeed.

Annaduff too have had their problems with manager Karl Foley departing the role over the winter but club stalwart Joe Cox is more than an ample replacement, having either coached the most of this team through underage or played with them at senior or junior level.

I'd love to make a definite prediction here but I simply don't have enough information to make an informed choice. Even looking back over the Observer preview last October, the headline read “Gortletteragh look the best bet but don't put the house on it” - that still stands I think, this really could go either way.

Indeed, the final paragraphs of last October's preview still hold weight: “This really is a tough one to call. The head says Gortletteragh, the gut is saying Annaduff but neither are being that convincing in the argument going on in my head.

“I think Gortletteragh probably have a bit more pressure on them but they would appear to have a stronger team with a couple of different match winners.

“ But Annaduff are battlers - they were rank outsiders against Fenagh two years ago and almost claimed a shock win. There is a tradition of team's reaching finals, losing and then coming back to claim glory. Karl Foley's team are driven, have brought in a clatter of young players  and have yet to really cut loose. If they do, Gortletteragh could be in trouble.

“Yet for all that, it is hard to get away from Gortletteragh's power, tradition and desire. Gortletteragh to sneak it.”

Karl Foley has stepped away from Annaduff and we're not 100% sure what shape Jack Heslin is in but we are sure that both teams fight like cats and dogs and will battle right to the end. Gortletteragh's power might not count for as much in these drier conditions than we would have had last October and a young Annaduff team are a   year older and wiser.

If we get a good game out of it, we'll all be happy but right now, if pushed for a verdict,  I'll stick with Gortletteragh to take the title but would not be surprised one little bit if Annaduff manage to do it!