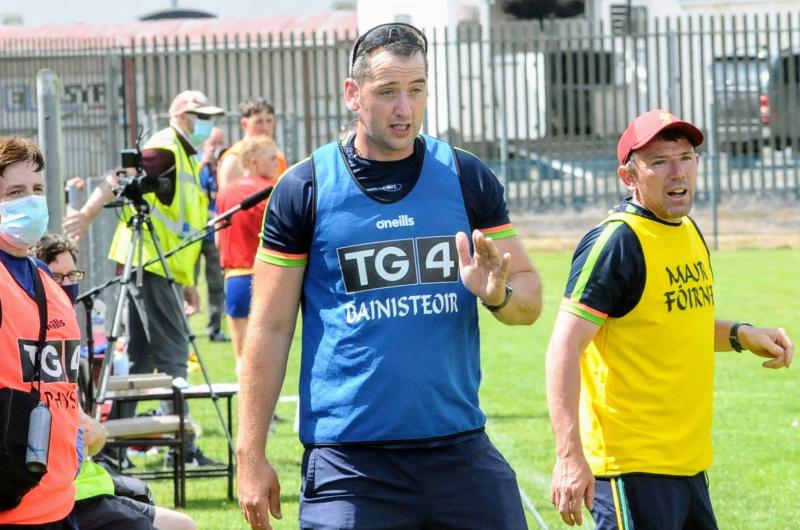 Managers must be born with some sort of chip that allows them to always look ahead no matter the result and Hugh Donnelly is no different, declaring that Leitrim Ladies are far from the finished article despite a remarkable upset victory over Division 2 side Clare last Sunday in a sweltering Ballinasloe.

However, there was no disguising Hugh’s delight in his team’s superb 4-7 to 2-9 victory as he believes Leitrim are staying to show what they are truly capable of: “We’re far from the finished article but that result there gives us another little bit of belief. We fought hard against Fermanagh to get across the line, today we had to work tremendously hard in a different type of way, delighted for the girls, delighted for everybody involved.

“That’s what today was all about, beating Fermanagh and trying to get a result against Clare. Initially it is about performances but what comes with all this , they are a division 2 team so it is a great result for us.”

Building that confidence has been a mission for Hugh: “ It is a long time coming, I’ve always said from day one that there is a lot of talent in this county and it is about changing the culture and the mindset to try and drive forward and thankfully now we are getting the results, we deserve it.

“I’m just delighted for the girls because they have done a serious amount of hard work this last while and they are starting to get their just rewards. The first thing is that we are safe from relegation, we have that put to bed and we’ve topped the group now.

“We know there will be nothing soft the next day out, it is going to be another level above that again but we’ll take it as it comes, we will enjoy this week, take it as a recovery week and then go hard for the next two weeks.”

The experience of playing Fermanagh helped see Leitrim across the line against Clare: “We did a lot of fundamental errors last week and, because the game was last Saturday, we got an extra session in on Monday. We had a really good talk about the things we didn’t do well and the things we have to do well. 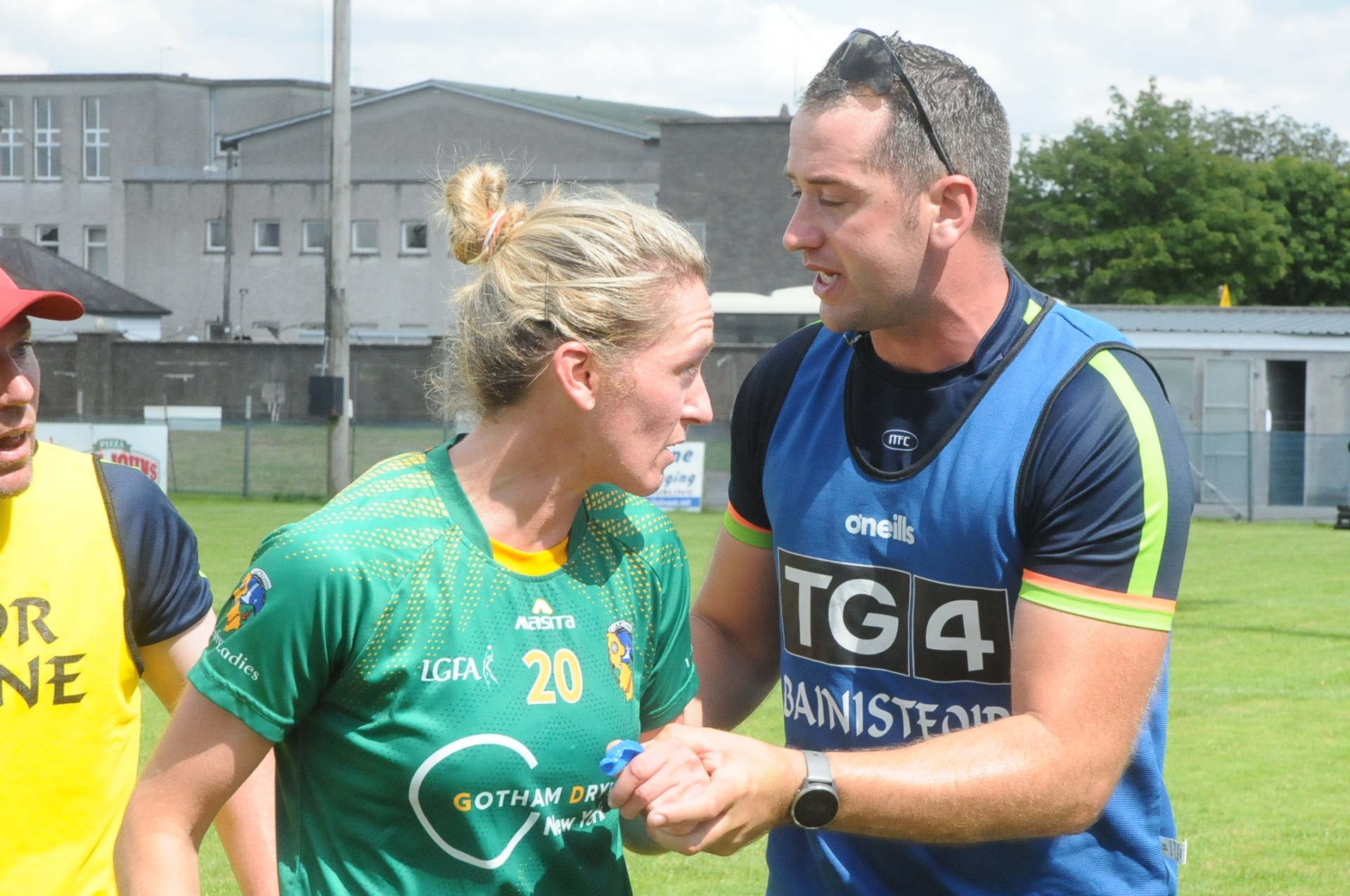 Hugh Donnelly ushers Ailish Cornyn away from match officials after the Leitrim midfielder was sent off against Clare last Sunday Picture: Willie Donnellan

“Last week we missed four great scoring opportunities and when we didn’t get them, you could see the confidence drop. This week, when we got them, we rose again and rose again and pushed on and that comes from confidence. It is like a release of pressure, the pressure is off when you get the first one and you grow in confidence.”

Misplaced passes and bad wides were the bane of Leitrim’s life in the early stages but Hugh insists it is all part of the learning process: “That was predominantly all in the first quarter when we were trying to force things and do things we don’t normally do.

“We rectified that at the water breaks and at halftime, it was like a calmness, or a composure, came over us and we didn’t have to force things, didn’t have to press things. That comes from learning - last week, Fermanagh ran at us, they were intent and lets be brutally honest, we aren’t at that standard that we should be yet and today was another step up.”

The only sour note to the day was Ailish Cornyn’s straight red card but Hugh, like this writer, missed the incident as he was following play: “I don’t know exactly what happened, it will be talked about in due course but I can’t comment because I didn’t see it.”