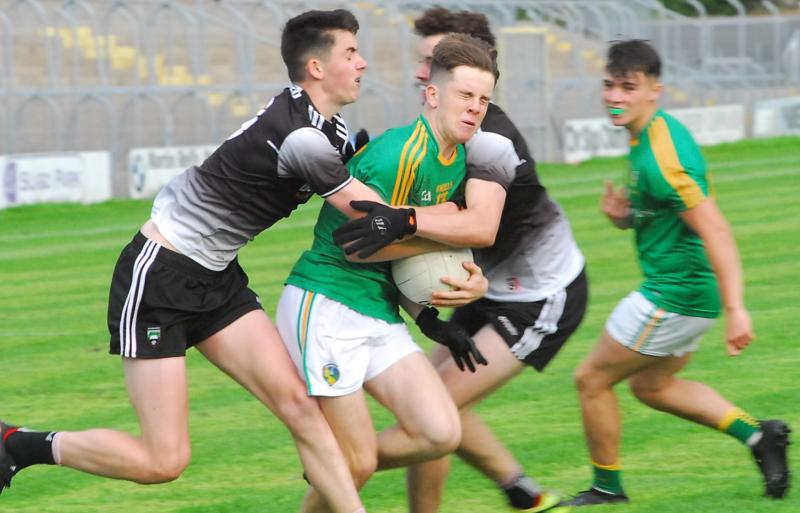 If ever a scoreline doesn’t tell the true story of a game, then Sligo’s flattering nine point win over a battling and impressive Leitrim in Friday’s Electric Ireland Connacht Minor Semi-Final in Markievicz Park is certainly exhibit number one!

Adrian Dockery’s county minors went toe to toe with a good Sligo team in a very competitive and entertaining semi-final clash on Friday evening, giving as good as they got, never backing down and showing lots of promise for the future.

Unfortunately, in echoes of the Minors’ loss to Galway last December, the final quarter saw Sligo pull away to a nine point victory as the need to push for late goals to get back into the game saw Leitrim exposed in the rearguard.

If Leitrim do have regrets in this one, it will come from the opening 20 minutes as a slow start was compounded by six wides, most of them very scoreable, and the fact that the teams went in level at the break tells you how costly those missed opportunities turned out to be.

The second half, for long periods, belonged to Sligo - they got a foothold in the middle of the field and managed to do something that they hadn’t in the first half - get scores from Leitrim turnovers, something they did to deadly effect for their first goal, a goal that effectively changed the course of this game.

There were just two points between the teams when Jack Casey’s pass went astray, helped in large part by the restraining arm of a Sligo defender as they Leitrim forward attempted to find a teammate. One long delivery and two clever passes later and Ross Doherty administered the coup de grace, firing the ball low to the Leitrim net.

That suddenly put Sligo seven clear and while Barry McNulty managed to fashion a chance that eventually led to Ciaran Reynolds forcing home a goal with just over five minutes of normal time left, that score only cut Sligo’s lead back to four points. 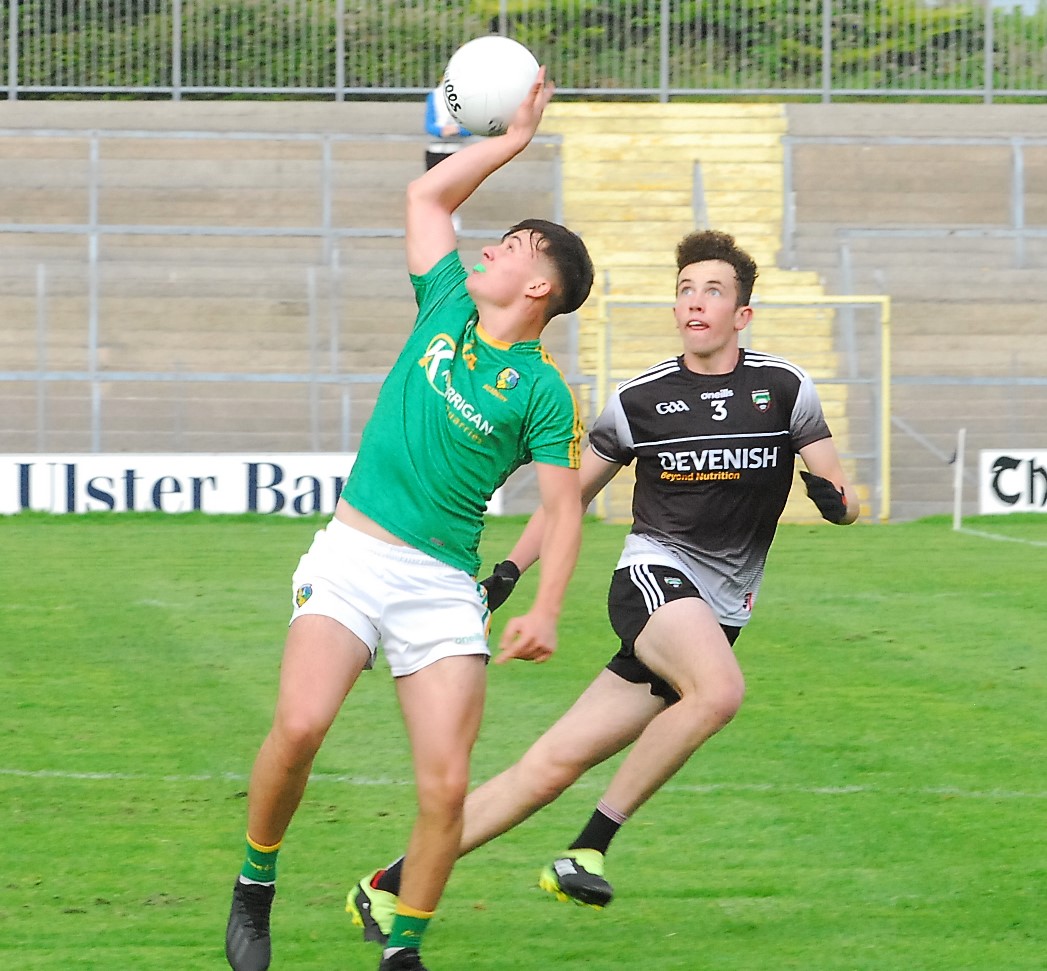 The Yeatsmens’ response demonstrated the crucial difference between the teams as they picked off three points on the break as Leitrim had to throw caution to wind and a couple of those points could easily have been goals had they forced the issue.

The final scoreline was rough justice on the Leitrim lads who gave everything they had and didn’t look out of place at this level - it was the small margins again, Sligo’s ability to strike on the break in the second half that proved the difference in an excellent contest.

Leitrim had the first scoring opportunity but Paul Moran’s long free from outside the 50 yard line went wide and Sligo quickly stamped their authority on the game with four unanswered points in the first ten minutes from Luke Marren (free) Ronan Niland (after a great move),

Performance, not final, on Minor minds says Leitrim manager ahead of Sligo clash

Connacht MFC semi-final: Leitrim take on Sligo on Friday in Markievicz Park and manager Adrian Dockery wants his side to concentrate on performance first

Leitrim were struggling to get into the game but when Ben Guckian, who had earlier narrowly missed a free, dropped a peach of a pass right into the path of St Mary’s clubmate Brian McKenna, the Leitrim man produced a wonderful finish for a great goal on 11 minutes.

The goal was a double whammy for Sligo as they lost Ronan Niland to injury sustained in a heavy fall, the centre-forward looking dangerous at that stage, and when Sligo were penalised for over-carrying, Guckian, still underage next year, fire over the free.

Sligo responded well to that set-back with James Donlon curling a lovely effort from 40 yards inside the Leitrim posts while sub Sean Donoghue pointed after Donlon won the kickout and set up his teammate.

When Leitrim look back in this game, they will rue some poor shooting with four wides in as many minutes from McKenna, Jack Casey & Barry McNulty but the Glencar Manorhamilton man pointed from distance after good work from Guckian.

Sligo responded with points from Marren (free) and Brian Duffy, set up by Donlon, but Leitrim hit a purple patch in the last five minutes before halftime as their tactic of pushing up on the Sligo kickout forced turnover after turnover.

Con Doyle showed good skills to fire over before Ciaran McMorrow helped set up McKenna for a good score. Ciaran Reynolds pointed after a poor kickout to tie the scores and the Gortletteragh youngster then added a free for an off-the-ball foul to put Leitrim in front for the first time. 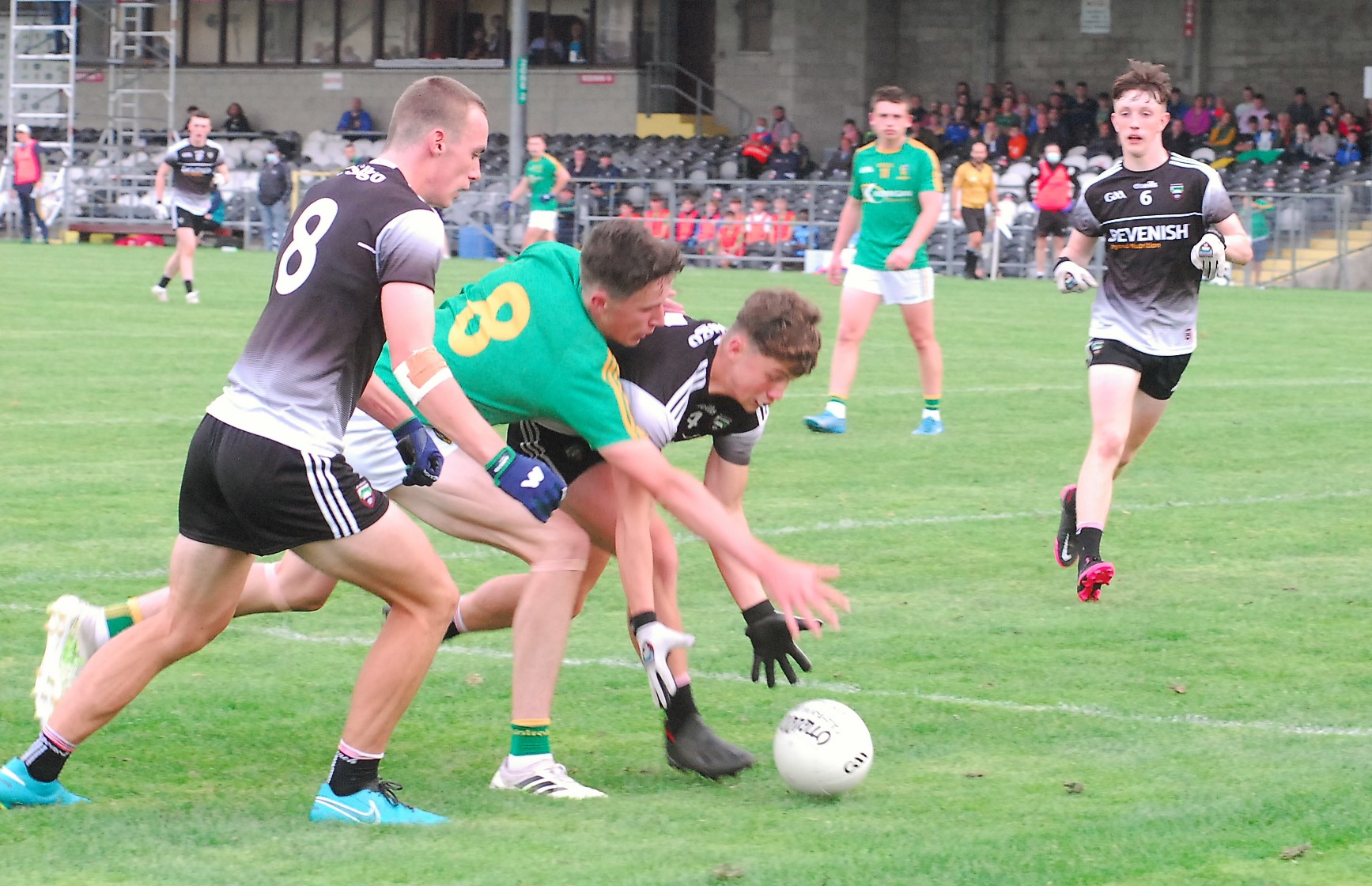 Barry McNulty tries to dispossess a Sligo player during the second half Picture: Willie Donnellan

However, after missing a free, Luke Marren ensured the sides went into the break at halftime all square when he converted the free, Leitrim’s 1-6 to Sligo’s 0-9.

Sligo again started best with Donlon intercepting a Leitrim pass to set up Duffy for a point and a good run from corner-back Ronan O’Hehir after a turnover led to a point for Marren three minutes into the second half.

The Yeatsmen probably should have had a goal as they cut the Leitrim defence open but Mark McDaniel’s fisted pass to a teammate was too hard and flew wide and when their impressive midfielder Ross Doherty had to go off with a blood injury, Leitrim sought to take advantage.

Jack Casey pointed from a clever mark but Paul Moran’s attempted cross to a teammate drifted too long and into the hands of the keeper and with Doherty back on the field, he combined with Marren to set up Stephen Rogan for a ninth minute point.

The game changed two minutes later - Jack Casey was trying to work the ball to a teammate but with the referee on the blind side, a pull on his arm sent the ball to a Sligo man. A booming long delivery to Marren, a quick pass to Joshua Flynn and then Ross Doherty appeared in support to fire low in the right hand corner of the Leitrim net.

Now Sligo had a five point lead and although Leitrim pointed through Jake Tobin following good work to win the ball back from a bad fifty, the Green & Gold went into the second water break four points down and having to chase the game.

Annaduff’s Darren Cox was introduced for Tobin but Sligo effectively won the game in the next two minutes. Sligo sub Dilon Walsh found Doherty on the charge and he went through to blast the ball to the Leitrim net leaving Adrian Dockery’s team with a seven point deficit.

Marren immediately added a free before the Sligo man swapped points with Paul Moran, the Sligo man chipping over when a goal looked on and that looked a costly decision when the next score was a Leitrim goal!

Barry McNulty charged through and his low shot seemed destined for the net only for Sligo keeper Kyle Davey to make a wonderful save. Fortunately for Leitrim, the ball came back to Ciaran Reynolds who fired low to the net despite the attempted block of two diving Sligo players.

With less than five minutes to go, the gap was back to five points but Sligo ruthlessly crushed any hopes of a miracle comeback, holding Leitrim scoreless for the rest of the game and adding four unanswered points, starting with a Marren free and a Duffy score after Donlon won a kickout.

Keeper Kyle Davey thumped a huge fifty over the bar and sub Conor McMorrow completed the victory with a point over three minutes into added time, giving the final scoreline a very harsh look on the scoreboard.