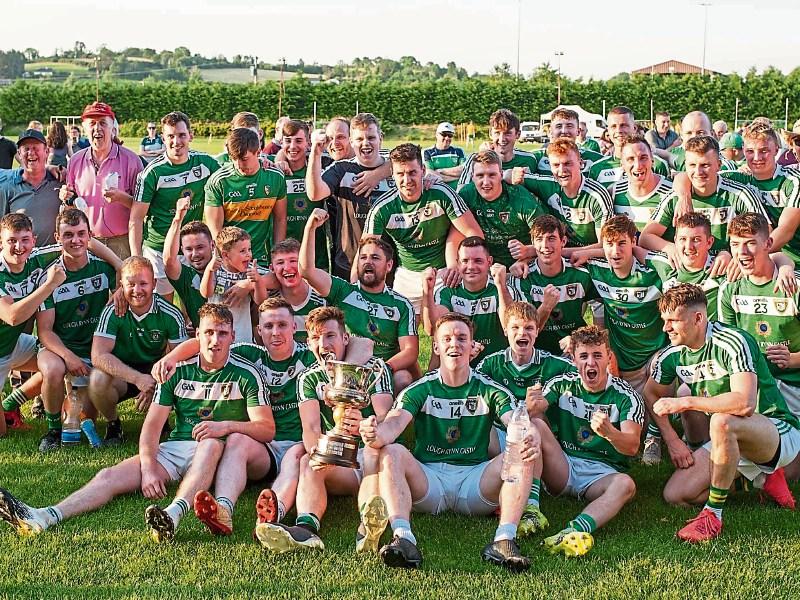 Thou shall not pass! Gandalf may have uttered those words in the Lord of the Rings but Leitrim's current Lords of the championship Mohill seemed to utter the same message to all their challengers after last Saturday's Masonite Division 1 Final in Pairc Sheain Ui Eslin.

After winning the 2020 senior championship last year, Mohill demonstrated that they are still tops in Leitrim when overcoming a battling Ballinamore Sean O’Heslins outfit in Saturday’s highly entertaining league final.

In beautiful conditions and watched by a good attendance, Ballinamore put it up to Mohill early on, as well at the start of the second half. But Mohill, led by Keith Beirne, always had an extra gear to deal with whatever Ballinamore threw at them.

The Ballinamore men held the lead up to the 10th minute but then Mohill got in front over the next six minutes. After that Ballinamore managed to take the lead just once from the 24th to 27th minute.

Ballinamore got on level terms once more, in the 34th minute. In what was a tit for tat match up after that, Mohill held the upper hand over Ballinamore, who after their best efforts, only managed to come within a point of Mohill by the 42nd minute.

Saturday's victory and the manner of it, against a committed Ballinamore, will surely make Mohill red hot favourites to retain the Fenagh Cup - something that they have incredibly not managed to do during their historic run of success over the last ten years.

Ballinamore made a bright start going three points up in the opening five minutes with Wayne McKeon (free), Tom Prior, and Dean McGovern (free) all firing over points. Mohill’s sluggish start ended when Keith Beirne scored a 7th minute point.

McKeon kept Ballinamore in the driving seat when he converted a free in the following minute after Shane Moran was fouled. But Mohill got on level terms 60 seconds later when Jordan Reynolds shot a well-taken goal.

Mohill claimed the lead for the first time in the game when Evan Harkin pointed a 16th minute effort while just prior to that teammate, Alan McLoughlin saw yellow. Domhnaill Flynn then increased Mohill's advantage when he pointed.

Ballinamore fought back to get on level terms by the 23rd minute thanks to points from Dean McGovern and Luke Murphy (free). Mohill’s Caillin Canning was a yellow card recipient in this period.

McKeon edged Ballinamore ahead again from a 24th minute placed ball. But it was even Stephen once more three minutes later when James Mitchell fired over for Mohill.

Alan McLoughlin pointed to put Mohill ahead shortly afterwards but at the other end his side had a let off when Ballinamore’s Mark McGrory drove a goal chance inches wide. Points by Keith Keegan and Alan McLoughlin edged Mohill into a 1-7 to 0-7 lead at the interval.

After the restart Ballinamore battled back to get on level terms in the opening four minutes of the second half with Tom Prior hitting over two points and Shane Moran one. The status quo continued up to the 37th minute following a Keith Beirne point (free) and a Niall McGovern point.

Over the next four minutes a Ronan Kennedy point, followed by a Keith Beirne goal who soloed through from outfield before firing home, proved to be the game changers for Mohill. Meantime Ballinamore sub Senan Harte shot to the net to cut Mohill’s lead to the minimum.

Ronan Kennedy fired home a goal and a point to put Mohill back in command by the 43rd minute while Kennedy saw yellow shortly afterwards. Two Wayne McKeon points and one from sub Barry McGovern, which were answered by a Ronan Kennedy advance mark point, saw Mohill enjoy a 3-11 to 1-14 lead at the end of the third quarter.

In the final quarter Ballinamore tried mightily to overturn the Mohill advantage. But Mohill were not for turning in the game’s last lap. The shootout action of the contest in this concluding phase of play saw Keith Beirne whip over three Mohill points and Oisin Madden one.

Ballinamore replied with points from Niall McGovern (free) and Barry McGovern, while Wayne McKeon received a yellow in this period but Mohill held on for the victory.