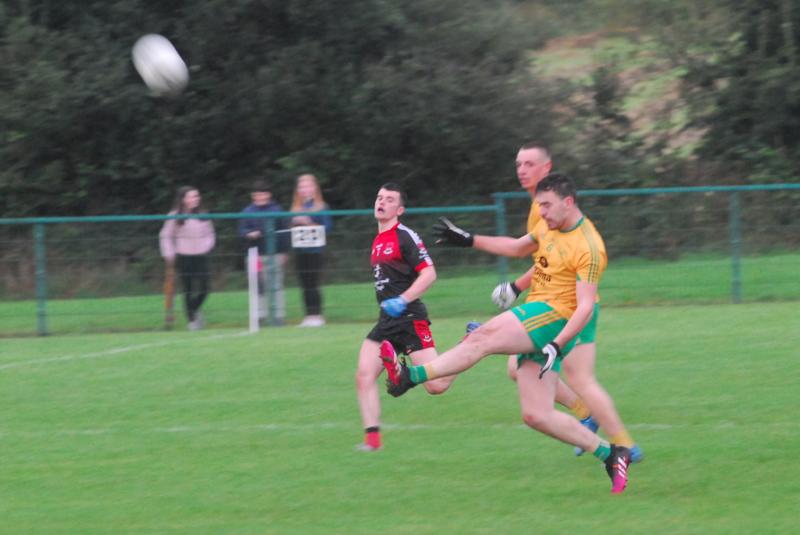 Ballinamore will have to absorb the lessons from last Saturday’s Connacht Gold SFC loss at the hands of Fenagh if they want to progress in the competition, reckons manager Dominic Corrigan.

Speaking after the four point loss against Fenagh, Dominic agreed that wasted chances cost his team dearly: “We felt that if we had to convert a couple of those chances, we’d had been in with a good opportunity to push on. Fair play to Fenagh, they were more clinical upfront than us and that proved to be the difference.

“The shot to score ratio was quite low in the second half, it was good in the first half so that was disappointing and proved to be our undoing in the end.”

The former Fermanagh manager also queried the decision making of his players: “Decision making going forward in that third quarter was disappointing, that cost us because I feel that if we had to get a score early on, we could have pushed on. But once they came back and kicked a couple of scores, they shut us out well but it is disappointing with the amount of chances we had in the second half.”

However, the Ballinamore manager is not hitting the panic button just yet, even with Mohill up next on Saturday: “Ah no, not really because if you look at it, Mohill lost their first game last year. We have to try and get better each day and that’s the target next weekend.

“It was a good championship game there today and nothing will improve you more than playing those types of matches. We’ll take the lessons out of it and be better for it next week.”

The main aim now is to show the ability in the Ballinamore ranks on the scoreboard: “Getting it to show on the scoreboard. We have to take the learnings from this evening and hopefully be better for next weekend.”