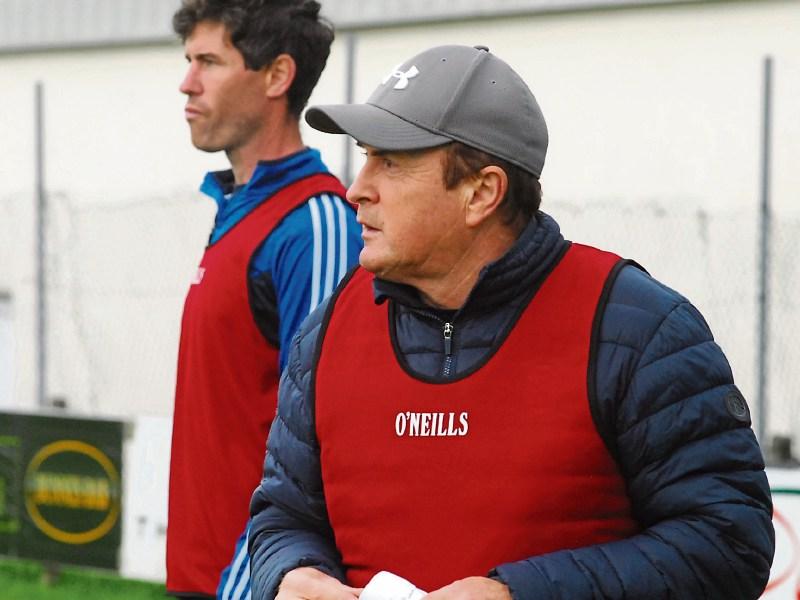 Denis Connerton was not inclined to soft-soap his team’s performance last Friday as the St Mary’s manager was the first to admit that the 2020 County Finalists had almost “stolen” the game from Leitrim Gaels.

“Possibly we could have stolen the game but it would have been a steal for us,” reflected Denis, “because we didn’t do enough on the night to win the game. I must say well done to Leitrim Gaels, they played really well and deserved at least a point.”

It is fair to say that Denis was left mystified by his team’s showing: “The way we played, we are delighted to get a draw. Leitrim Gaels played very good football and they kicked something like nine wides in the game so they had any amount of chances.

“We didn’t play particularly well, we were very poor in the first quarter, we were down four-one at the water break. We gave them a three point start and after the second water break we gave them three points again but we must admire the tenacity and determination to fight back and draw the game.”

Connerton was impressed by the Gaels: “You’re only as good as you are allowed to play and we weren’t allowed to play or else we just didn’t play. The answer is a little bit baffling to us, I haven’t got the answer to it, we seemed to be chasing the game for most of the night.

“We took a point lead and I thought we might have been able to kick on and put the gap to two points or maybe three but we weren’t able to. They came back again, they had a steely determination about them, we found it very difficult to break down and we just weren’t at championship pace tonight, I just thought we were a little bit off tonight.

“It could be the fact that it is a Friday evening game but the same conditions prevailed for everybody, everybody has to travel. We have time to rectify it alright but we need to perform when we get out on the field.”

Yet St Mary's are undefeated after two outings prompting Denis to joke “It is an awful lot better start than we had last year.”