Leitrim win battle of the Gaels 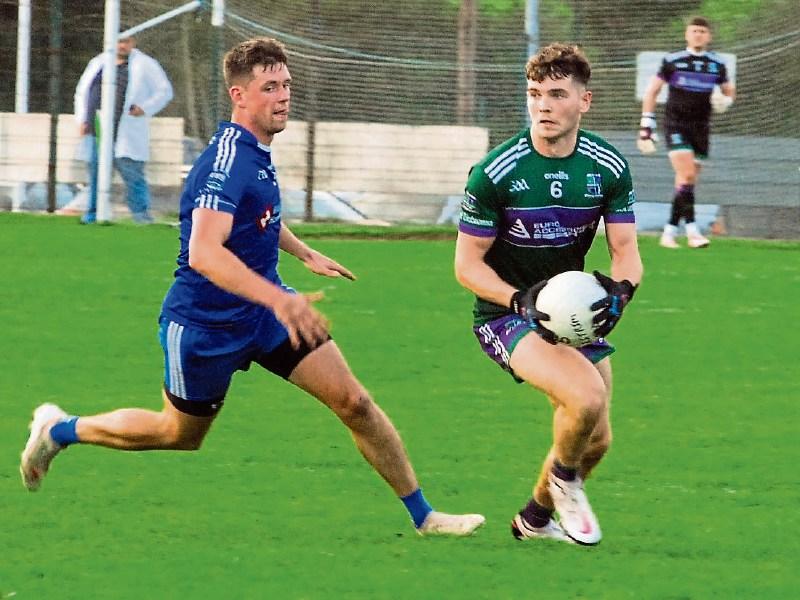 A superbly fit and energetic Leitrim Gaels picked up their first win of the Connacht Gold Senior Championship as they proved too strong for the second year in a row for Melvin Gaels last Saturday.

Leitrim Gaels marked their first foray into Senior championship last year with a seismic victory over the Kinlough men and they proved it was no fluke as they repeated the dose last Saturday at Leitrim Gaels community field.

With Colm Moreton dominating the midfield battle, the hard running of the home team's half-back line and the incredible fitness of the entire team meant that a Melvin Gaels team that depended far too much on Darragh Rooney had no answer to the challenge.

The Kinlough Gaels' challenge was not helped by the absence of an injured Cillian McGloin and they will rue a missed penalty in the first half but the fact that they managed just two points in the second half tells its own tale and leaves them looking over their shoulder at Gortletteragh.

Melvin Gaels opened the best with two frees from Darragh Rooney in the first eight minutes for fouls on Rhys Brennan and Cathal McSharry. Leitrim Gaels’ response was impressive, Colm Moreton winning the kickout to set up David Bruen for a flying point before Stephen Goldrick pointed a free after a foul on Jack Flynn.

Colm Moreton again won the kickout in the game’s first big turning point, quickly finding his brother Enda and he surged through for a goal. Philip McGowan, a late replacement for injured county star Cillian McGloin, fired over before Aidan Flynn took the ball at pace to score from 20 yards.

The next big talking point came at the other end when Brendan Flynn pulled down Philip McGowan for a penalty. Just as he did against St Mary’s, the keeper redeemed himself by making a wonderful save to deny Darragh Rooney a goal that would have tied the scores midway through the half.

Moreton’s dominance at midfield was giving Leitrim Gaels huge possession and Conor Guckian got in on the scoring act with a fine point. Caolan Clancy called a good mark to reply for Melvin Gaels but a good move involving Bruen, Daniel O’Sullivan and Eunan Treacy ended with Enda Moreton firing over.

Stephen Goldrick and Brendan Flynn both converted frees before good work from Greg McGloin, Shane McGloin and Rhys Brennan resulted in a free converted by Rooney. Daniel O’Sullivan responded with a good point for the home side with Caolan Clancy firing over after some good play for Melvin Gaels.

That left the Kinlough men trailing 1-8 to 0-6 at the break but after the drama of the first half, the second half was an anti climax as the visitors only managed two further points while Leitrim Gaels tagged on six more points to run out comfortable winners.

Leitrim Gaels brought on Shane Rynn for Oisin Curley and it was Melvin Gaels who opened the second half scoring with another Darragh Rooney free after a foul on Clancy. A Colm Moreton mark led to a quick kick to Aidan Flynn for a fine point.

David Bruen took a heavy hit from Cathal McSharry but the ball ran to Flynn who scored. Two minutes later, another McSharry foul allowed Stephen Goldrick fire the free over the bar. A foul on Kinlough sub Matthew Cleary resulted in a successful free from Rooney nine minutes into the second half but it was Melvin Gaels’ final score of the game. James Flynn got on the scoresheet from a long range free.

The game drifted to its conclusion but there was one final score in added time, David Bruen collecting the ball before setting up Aidan Flynn for his fourth point and a comprehensive win for Leitrim Gaels. 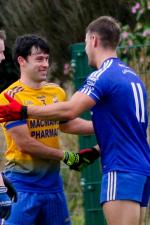