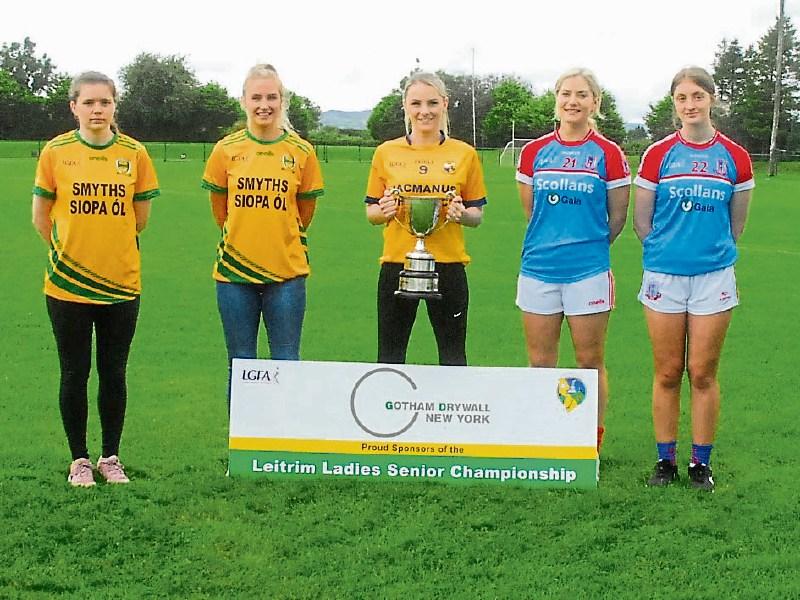 It is a hard act to follow after a truly exceptional campaign last year but next Sunday sees the start of the 2021 Gotham Dry Wall Leitrim LGFA Club Championship and there is lots of drama and excitement in store.

Glencar Manorhamilton's first Senior title was followed up by an exceptional victory in the delayed Connacht Intermediate Club Final against Geevagh in June, meaning a conundrum for the Ladies Board as the champions would now be graded as a senior team.

Thankfully, a new format has been worked that will see the Senior teams of the county play in two separate but also joint competitions, giving Glencar Manor games at senior level and ensuring a competitive championship.

The new format was warmly welcomed by new Glencar Manorhamilton captain Melissa Hewitt at the launch of the 2021 Gotham Dry Wall championships last Sunday in Shane McGettigan Park in Drumshanbo: “It was very frustrating not knowing and we only found out this week that we’re allowed to play. It is great that they’ve come up with something that works for everybody.”

Indeed, Melissa summed up the feelings of most players when she said “We’re just happy that we’re getting to play this year because there is a lot of uncertainty but yeah, we’re not going to dwell on last year, we’re going to take this year fresh and hopefully do the job.”

The Glencar Manor captain feels that defending their title won't be easy: “The last two or three years, it has been so tight, you wouldn’t be able to call a winner at all so we’re expecting the same again this year, the standard is really high. We’ve seen St Francis in the Spring League, none of us have their county players but they’ve improved a lot and they’ll be tough ones.

“It is going to be really, really tough this year. We still have everybody thank God and we’ve all stuck together so we’ll give it a go.”

Leitrim LGFA chairman Aidan Heron is also looking forward to the start of the club championship: “ It is going to be very competitive this year and obviously we are delighted that we still have six senior teams in it.

“With Manorhamilton winning the Connacht Intermediate club, it made things a little hard for us but all the clubs agreed to play up at Senior so that is a great boost for us.

“The Senior competition will be very competitive and it gives one team an opportunity to win two trophies - if they win the B Final, they are up to the A Final and anything can happen, players could be injured, the so-called weaker clubs could be stronger.”

Aidan also paid tribute to Leitrim Senior team sponsors Gotham Dry Wall for their support and said that having them as title sponsor of the Ladies Club championship was a way of thanking them for their support.

“Gotham Dry Wall are sponsoring all the championships this year, thanks to Michael Coyle and his team, James and John in New York, they’ve been very good to us the last three years. We basically survived with their support and we like to give something back to them, giving them some PR. They are very proud Leitrim supporters and we hope they stick with us a bit longer.”

In the Senior B, the top four teams will qualify for the semi-finals with the fifth team relegated to the Intermediate ranks.

The same round robin format as proved so popular last year will apply this year. Extra-time and result on the day protocols will also apply to the semi-final and final stages of all grades in the Ladies championships this year. If two teams finish level on points, scoring difference will apply while if three teams are level on points, a playoff will take place.