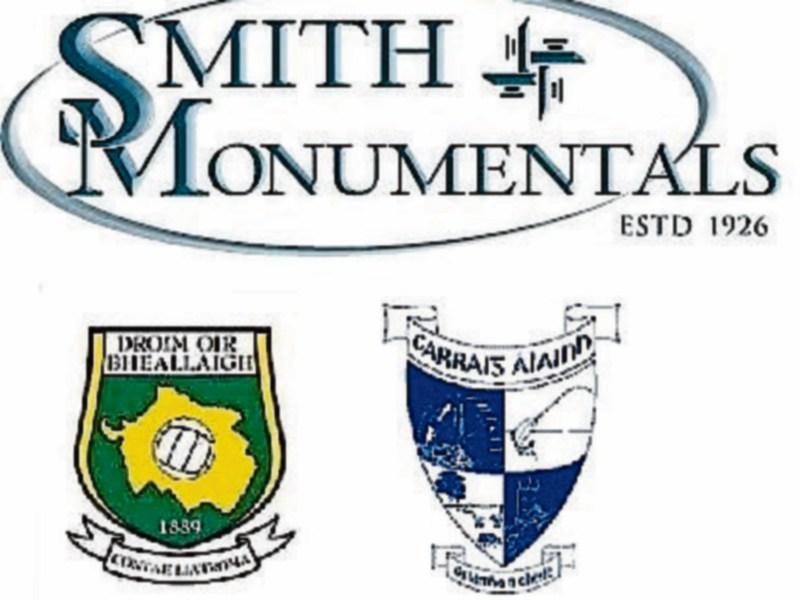 Carrigallen got their Smith Monumentals IFC campaign up and running on Saturday when they came from behind to claim the honours in their derby meeting with Drumreilly.

The loss was Drumreilly's first of the campaign and they face another derby next weekend when they host Aughavas in a top of the table clash while Carrigallen take on Drumkeerin away from home.

Carrigallen opened the scoring but a Conor Gaffney free tied the game on three minutes. That set the tone for the game with a good passing move yielding a second Carrigallen point, matched by a score from Stephen Meissner on six minutes.

Drumreilly looked to take control of the game when Ronan McCartan broke up a Carrigallen attack to set up a point for Gaffney and then, nine minutes into the half, Jimmy Holohan and Gaffney combined to set up Meissner for a goal on nine minutes.

Nigel Maguire added a point but instead of pushing on, it was Carrigallen who responded with an unanswered 1-3 between the 15th and 24th minutes. Ray Fee converted two frees before the break but two matching Carrigallen frees ensured they led 1-7 to 1-6 at the break.

The second half was a much tighter affair with the first score not coming for 12 minutes when Carrigallen converted. Points from Ray Fee, Conor Gaffney (free) and Jimmy Holohan (mark) put Drumreilly one clear at the second water break.

Despite being reduced to 14 players late on, Carrigallen finished the stronger team as they converted two frees and a mark to lead by two going into added time. Conor Gaffney did pull back a free four minutes into added time but Carrigallen held on for a vital victory.