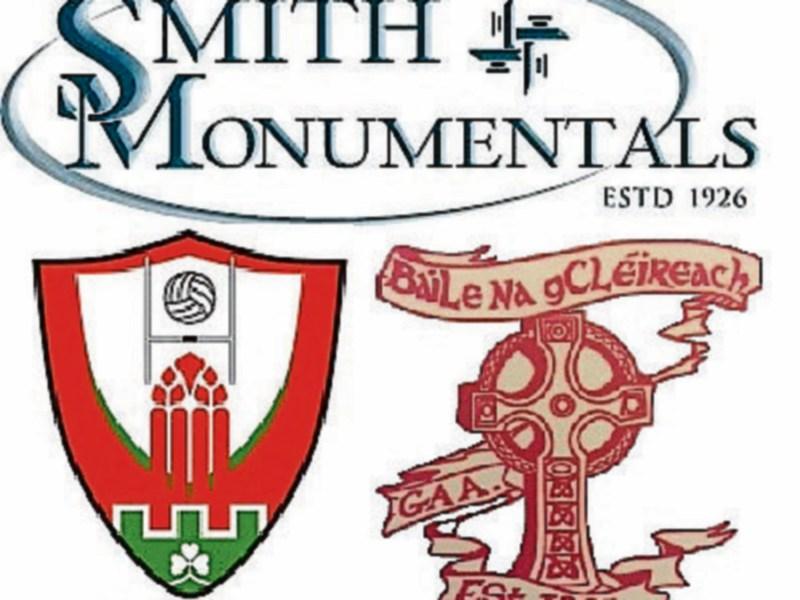 St Patrick’s Dromahair maintained their 100% record in a niggly Smith Monumentals IFC clash with Ballinaglera on Saturday with Martin Feeney scoring all 11 of Dromahair’s scores in St Hugh’s Park.

Ballinaglera edged the first half as they led 0-4 to 0-3 at the break as Dromahair found it difficult to break down the home team’s massed defence and breaking at speed. However, a more patient approach in the second half saw Dromahair take over to outscore Ballinaglera by eight points to two.

Dromahair’s superior fitness saw them cope with the loss of Declan Fowley who was sent off late on for two yellow cards as Martin Feeney again impressed with 11 points, nine from placed balls.

Ballinaglera have a break next weekend before their last game against Kiltubrid on Friday, September 10, while Dromahair host Kiltubrid next Saturday.

Ballinaglera opened with the first two points inside the first seven minutes but Martin Feeney got his day up and running with a free on 13 minutes. Ballinaglera restored their two points advantage and it would remain tit for tat for the rest of the first half with Feeney scoring twice from frees to one from Ballinaglera.

That left Ballinaglera 0-4 to 0-3 ahead at the break but it was Dromahair who came out the strongest in the second half as Feeney fired over three points in the first five minutes, two from frees. A five minute spell without a score followed but then Feeney added two more frees and suddenly Dromahair were four points clear.

Ballinaglera pulled back a point but when Shane Fowley turned over the ball, his pass allowed Feeney to fist the ball over the bar on 15 minutes. Feeney added a free a minute later but Dromahair’s progress suffered a blow when Declan Fowley received his marching orders after a second yellow card.

Crucially, Ballinaglera were unable to build on their advantage with Feeney tapping over a free while keeper John McGoldrick made a vital save in a goalmouth scramble. Ballinaglera did add a point from play but Dromahair had five points to spare at full-time.