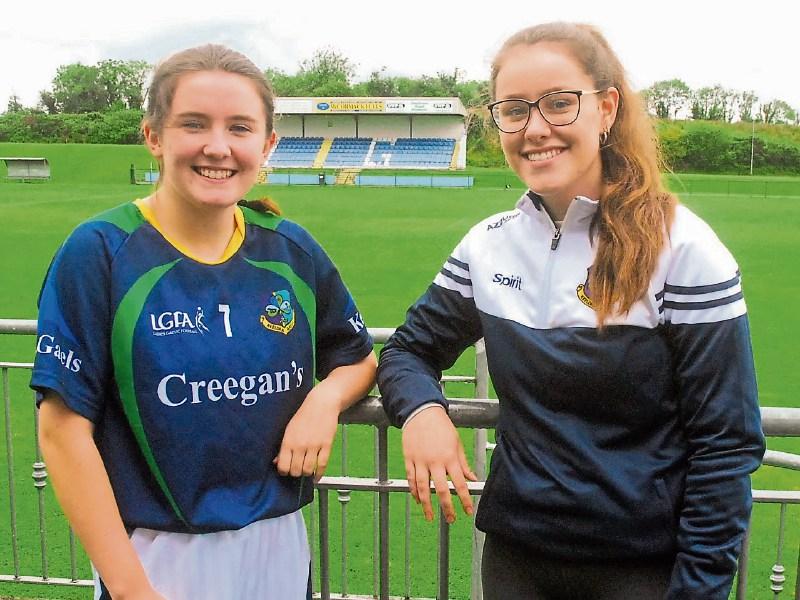 Saw an interesting comment a while back from sports journalist Sinead Kissane imploring that the name “Ladies Football” be changed immediately to Women's Football. It was a thought provoking argument that suggested the word “Ladies” is archaic and doesn't reflect the changes in society nor the changes in the Ladies game over the years.

Apart from the understandable consternation that would come with seeing the entire Ladies Gaelic Football Association having to rebrand itself under whatever new title may be deemed appropriate, the word “ladies” does seem a little old fashioned for Ireland's largest female sport.

But truth be told, that debate is only a side-show to the one now heading down the tracks as the swell of opinion that the laws of Ladies football are not fit for purpose is quickly gathering steam and we may see some rather radical changes over the coming years.

Many, with justification, believe that the “non-contact” rule is outdated and doesn't reflect the reality of today's modern day female player who actually want more permissible physical contact in games. The “no-contact” rule is always a touchy one - no pun intended - brought in at a time when there was considerable pushback against the idea of women playing football.

The idea that women players have to be protected seems as outdated and as archaic as the term “Ladies football” but the rule has softened considerably over the years, becoming “non-deliberate contact”.

That's a fairly important distinction for the LGFA have led the way with the yellow card sin-bin and the consequences of deliberate contact could prove disastrous to a team with a player on the sideline for ten minutes.

Yet I imagine if you conducted a poll among Leitrim's female players, there would be a significant number, if not a majority, wanting the authorities to remove the “non-contact” provision and allow the same sort of physical exchanges that is normal in the men's game.

Again, in my experience, the Ladies game in Leitrim is a probably more physical in other counties, perhaps a combination of predominantly male coaches bringing the physical contact ethos of the men's game with them and referees blurring the lines between the strict interpretation of the ladies rules and the men's game.

At a time when we celebrate women playing a game as relentlessly attritional as rugby and sports like athletics, swimming, soccer and boxing offer the same events for both men and women with only minimal restrictions in terms of equipment, the LGFA rules do seem from another time and place.

But allowing physical contact in the ladies game is not that simple. Boys under 17 years of age are not allowed play adult football on the grounds that they wouldn't be physically able to compete with adult players in a contact sport.

But such a prohibition could devastate ladies club teams all over the country as most, if not all, depend hugely on players still in secondary school to fill their teams, the drop-out rate of women playing football an enormous problem for the Ladies game.

We will never again see the likes of Ann Marie Cox starring for Leitrim as a 15 year old in the 1988 All-Ireland Junior Final but young players like Meath's 18 year old Emma Duggan are still key figures for county teams so you wonder if the preponderance of young players in the Ladies game would continue if the “non-contact” element was removed?

No more than the parents of a young boy, would parents of young girls be happy to see their child play a full contact sport against adults? After all, a strong, mature 27 year old woman clattering into a 17-year-old is just the same as a 27-year-old man bursting into a young 17-year-old boy on the field.

Removing the non-contact will eventually happen but the law of unintended consequences would have you worried how many teams would be able to field if their younger players were not allowed to play for their clubs at adult level?

It is a conundrum for the LGFA to consider in debate to come!