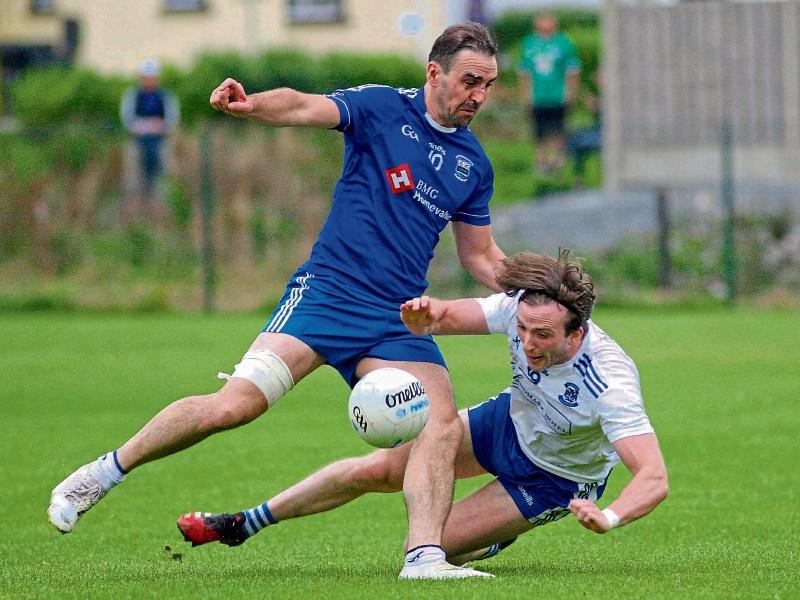 In what was a low key Connacht Gold SFC Group 2 encounter at Melvin Park on Saturday, visitors St. Mary’s easily overcame the challenge of thirteen man Melvin Gaels, winning more or less as they pleased.

After opening their campaign with a good win on the road over Gortletteragh, Melvin Gaels have now completed their round robin series games and have suffered defeats in their last three subsequent encounters.

It means Melvin Gaels must now wait on the result of Friday’s St Mary’s and Gortletteragh clash to see if they will advance to the quarter-finals or face into the relegation final. St. Mary’s are assured of a quarter-final spot, irrespective of the outcome of their last Group 2 game against Gortletteragh, but it remains to be seen if they top the group.

Melvin Gaels Caolan Clancy opened the scoring when he tapped over a first minute free following a foul on Gregory McGloin. Paul Keaney replied with a point from a placed ball to level matters three minutes later. Within two minutes Keaney edged St. Mary’s ahead when he converted another free. But it was level again on the 11 minute mark when Cillian McGloin fired over for the home side.

The Carrick men then began to assert control on the proceedings and David O’Connell edged them in front. After that the Melvin Gaels challenge seemed to fall apart as St. Mary’s went on to add a further unanswered 1-4 before halftime. St. Mary’s Diarmuid Kelleher fired to the net while Paul Keaney added two points, one from a free, with Ray Mulvey also chipping in with a point. Coincidentally St. Mary’s were reduced to 14 men for ten minutes during the period when David O’Connell was black carded.

St. Mary’s found themselves comfortably ahead at the halftime on a score line 1-8 to 0-2. After the restart, the Carrick men extended their lead when Brian Farrell flicked over a 34th minute point.

Caolan Clancy replied four minutes later with a point from a free, which seemed to ignite a five minute purple patch in play for the home side, as they reduced the deficit to six points. Cillian McGloin got on the end of a good move after being put through by Peter McGowan, to fire home a 42nd goal as he gave St. Mary’s goalkeeper, Sean Reynolds no.

However, the Melvin Gaels short revival was ended when Mark Diffley fired over a point. After that the home side failed to score for the rest of the game while Melvin Gaels were reduced to 14 men when David McSharry, who had been black carded prior to halftime, received a 45th minute yellow card.

The game saw only two scores during a lacklustre final quarter with St Mary’s David O’Connell and sub Alan Doherty adding a point each while Melvin Gaels were reduced to 13 men after Peter McGowan was booked for black & yellow card offences.