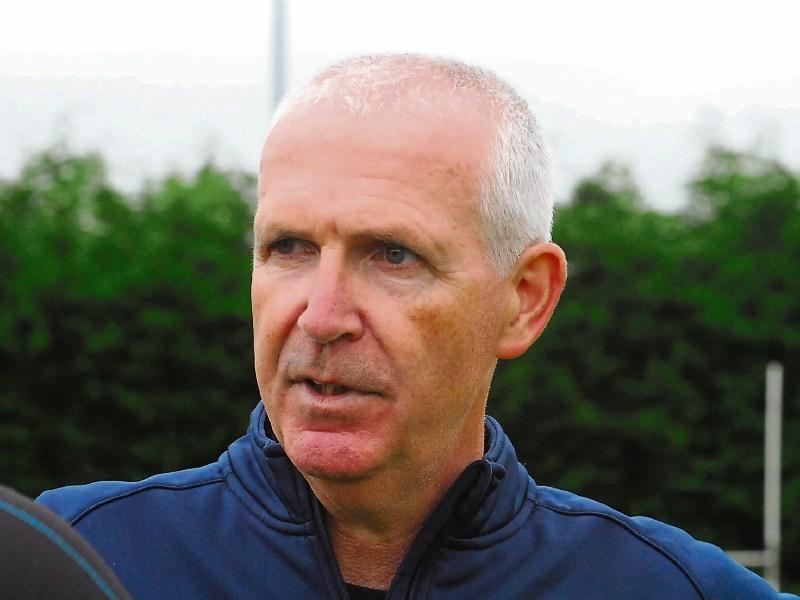 After their exploits in reaching last year’s County Final, there may be more expectation around Ballinamore Sean O’Heslins in this year’s Gotham Dry Wall LGFA Senior Championship but manager Conor Harte is determined to keep his team grounded, despite a first ever victory over St Joseph’s.

Ballinamore ground out a 3-8 to 0-9 victory against the Aughavas & Carrigallen outfit despite playing for over half the game with 14 players so Conor (pictured inset) was naturally delighted to start the 2021 campaign with a victory: “That was our first time beating Joes in the history of the club so it is a massive achievement for us.

“Last year we got a draw but it is one game, we’re not going to get carried away. But we’re delighted to get off to a winning start, that was our first time beating Joes in the history of the club so it is a massive achievement for us.

Coping with extra expectations is a new challenge for Ballinamore’s young team after their exploits last year but Conor, who played in quite a few finals himself for the storied O’Heslins teams of the 1980s and early 90s, sees the pluses in his team’s new found status.

Asked if last year had created expectations for his team, Conor said “There is and there isn’t. I suppose the confidence we would have gained from last year is there so you kind of marry that with a certain level of expectation.

“They are a year old, a year wiser, a couple of new bodies in as well and a couple of senior heads that keep the thing pushed on. We’re keeping calm about it, there is a long way to go, there are games every week and that is going to take its toll on panels and we’re hoping that the depth of the panel will stand to us as the campaign progresses.”

Ballinamore’s players coped well with adversity after the dismissal of Leanne McGrath just before halftime and Conor was thrilled with his team’s response to the setback: “We had thought about these things and developed different scenarios for when we come under pressure but in terms of effort and endeavour, I thought our team couldn’t have done any better. We got a couple of goals in the first half which left us with a bit of a gap.”

Conor also highlighted just how difficult a game it was for Ballinamore and that his team would use to push on the rest of the campaign: “It is probably the first game we’ve had this year in terms of intensity and the intensity Joes bring to the game, in terms of they never quit trying so we’re delighted to get a win out of it.”

Despite their feats last year, Conor is urging his team not to take anything for granted in this campaign: “We’ve a break of a fortnight now to regroup. We’ll see what the other results look like but there are certainly no easy teams in it and I think every team will consider themselves a contender for the semi-final positions at least. We’ll take that win, learn from we can from it and move on to the next game.”