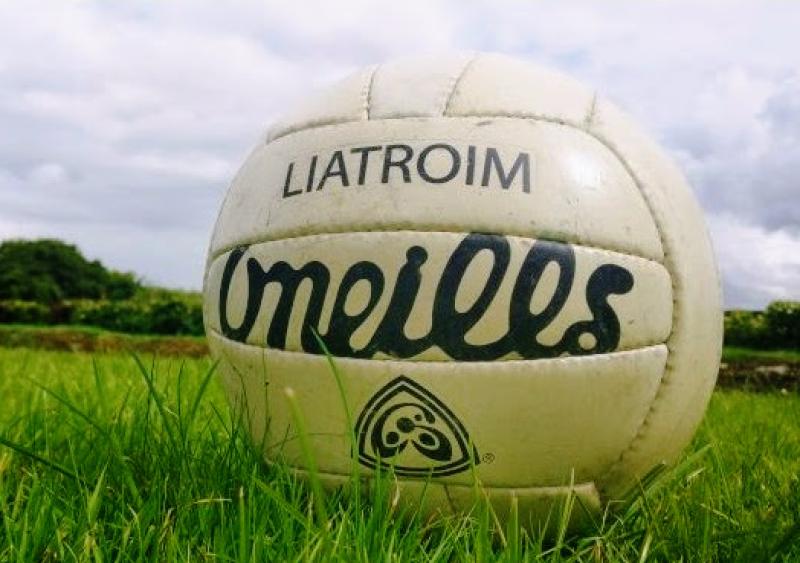 After the drama of Friday night's group 2 games, it was a much more straightforward affair as the line-up for the Connacht Gold Leitrim Senior Championship Quarter-Finals is complete after Saturday's final games in Group 1 saw convincing wins for defending champions Mohill and Fenagh St Caillin's.

Defending champions Mohill scored an impressive 0-26 to 1-13 over home team Aughawillan after they led 0-16 to 0-5 at the halftime interval. Liam Keenan's side stretched their lead to 14 points at one stage, 0-23 to 0-9 before a late Aughawillan rally that yielded a goal for Pearce Dolan and four more points cut the gap back to ten points at the final whistle.

In the other game in the group, Allen Gaels had no answer to the scoring power of Fenagh St Caillin's who ran out comprehensive 3-17 to 1-9 winners in Shane McGettigan Park. The victory was important for Joseph Flynn's team as it lifted them into second place and into a quarter-final meeting with Leitrim Gaels.

The results confirmed the pairings for the quarter-finals although defending champions Mohill knew before a ball was kicked that they would be taking on neighbours Gortletteragh. Fenagh St Caillin's will face Leitrim Gaels while Group 2 winners St Mary's Kiltoghert will take on Aughawillan in the last eight.

The big clash is yet again another meeting between Glencar Manorhamilton and Ballinamore Sean O'Heslins with the north Leitrim men holding the indian sign over Dominic Corrigan's side in recent seasons. The games will take place over the weekend of September 18-19.

In the Smith Monumentals Intermediate championship, Drumreilly and St Patrick's Dromahair both ensured top spots in their respective groups with hard fought victories over Aughavas and Kiltubrid respectively. Dromahair had a point to spare over Kiltubrid, winning 1-9 to 0-11, but they need an injury time free to maintain their 100% record.

Kiltubrid were leading approaching halftime in St Osnat's Glencar but a goal in added time gave the home team a 1-4 to 0-5 halftime lead. Kiltubrid fought back and a Barry McWeeney point put them ahead with six minutes of normal time left. Two scores regained the lead for Dromahair and despite a late equaliser from McWeeney, Dromahair snatched the victory with with an injury time free.

The derby clash of Drumreilly and Aughavas lived up to the hype although Drumreilly had cause to be thankful for two first half goals from Dylan Maguire and Stephen Meissner to give them a 2-2 to 0-6 lead as Aughavas dominated the exchanges in the first half.

Drumreilly, however, came out the second half with a much more improved display and built up a four point lead midway through the half. But Aughavas got back in the game when Seamus Sweeney converted a penalty and another Sweeney free drew the sides level.

However, points from Conor Gaffney (3), Nigel Maguire a wonder effort from James Holohan saw Mal Guckian's team outscore their neighbours five points to two down the final stretch to take the bragging rights and top spot in the table. With Drumkeerin and Aughavas battling for second place in their final encounter, the winner can finish level on points with Drumreilly but lose out on the head to head ruling.

Drumkeerin put themselves into position to take second place thanks to a hard fought 0-16 to 1-12 victory over Carrigallen at home, a result that leaves Carrigallen with a monster final round clash against Bornacoola next weekend. A win for Bornacoola would see the Bors claim the final spot in the quarter-final thanks to the head to head rule so that increases the stakes quite a bit for both teams.

The final game in Group 1 saw Aughnasheelin claim their first victory in their final game, a 1-13 to 0-11 victory over 2020 Intermediate finalists Annaduff although the victory will come with a lot of what might have beens for Aughnasheelin who lost two games by a point in the group.

A goal seven minutes into added time at the end of the first half gave Aughnasheelin a 1-8 to 0-6 halftime lead and they never looked back as they held Annaduff to just five points in the second half while scoring seven points themselves. Unfortunately for Aughnasheelin, the victory is not enough to get them into the quarter-finals as Ballinaglera have the advantage of the head to head victory.

The final round of group games in the Smith Monumentals Intermediate championship takes place next weekend.