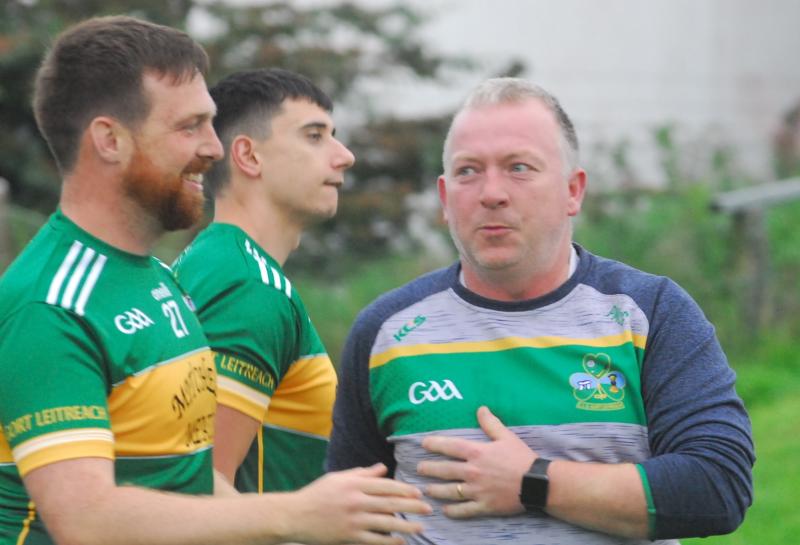 Drama aplenty in the final round of games in Group 2 of the Connacht Gold Senior Championship on Friday night as Gortletteragh grab a deserved draw over five minutes into added time to book their place in the quarter-finals and consign Melvin Gaels to a relegation final against Allen Gaels.

St Mary's Kiltoghert top the group, having gone through the campaign undefeated so far, thanks to their 1-13 to 2-10 draw with 2020 Intermediate champions Gortletteragh, the single point enough to lift Gortletteragh above Melvin Gaels and into the safety of the quarter-finals.

Gortletteragh's great escape looked highly unlikely four minutes from time as a comfortable St Mary's led by four points but lady lucky certainly shone on the visitors as a long sideline ball was deflected into his own net by captain Nicholas McWeeney. A Francie Flynn free tied the scores but Gortletteragh looked in trouble when their captain Jack Heslin was dismissed with two yellow cards.

A Paul Keaney free over three minutes into added time edged the 2020 Senior finalists back in front but nearly two minutes later, Colm Duffy ensured a deserved draw when he drove at the St Mary's defence and fisted the ball over the bar, sending Gortletteragh's supporters wild with delight.

It caps a remarkable comeback from Gortletteragh who lost both their opening games to Melvin Gaels and Glencar Manorhamilton and looked destined for the relegation final as they trailed Leitrim Gaels by six points at one stage. But two remarkable comebacks have ensured a place in the quarter-finals.

The game in Pairc Naomh Mhuire was delayed in the first half due to a serious injury for promising St Mary's defender Cian Singleton who suffered a heavy head injury in an accidental collision as two players went for the ball. After lengthy treatment on the pitch, Singleton was removed by stretcher but the youngster had thankfully regained consciousness by the time the ambulance arrived.

St Mary's Kiltoghert, Glencar Manorhamilton and Leitrim Gaels will be anxiously watching tomorrow's group 1 games to see who they will face in the Quarter-Finals, scheduled for the weekend of September 18-19, Gortletteragh already knowing they will face Mohill who cannot be moved from the top of the table.