Mal got reaction he wanted as Drumreilly top their group 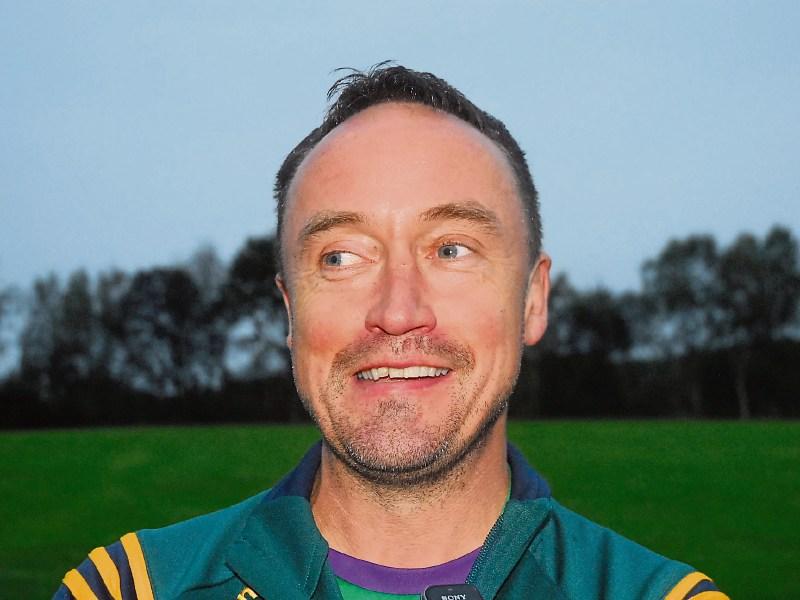 Drumreilly may have won their derby and topped the group in the Smith Monumentals IFC last Saturday against Aughavas but for manager Mal Guckian, the most pleasing aspect was his team’s reaction to their first defeat.

Drumreilly lost to neighbours Carrigallen in their first loss the previous week but turned in a solid display to overcome Aughavas, a fact that pleased Mal: “It was a tight game all the way through, it was nip and tuck but we were looking for a reaction after last week. There were three derbies going on in the group and there is always a bit of bite when the lads are playing each other.

“There was a good reaction, that is all we were looking for, a team performance - we know Aughavas are flying it, two great games under their belt so we couldn’t take anything for granted, we knew it was going to be very close and it was very close in the end.”

“Quicker ball, movement, recycling the ball that we wanted to do, that worked but we knew the threat Aughavas had coming forward. It was just getting a team performance and getting them in a place they needed to be.”

When people watch Drumreilly, it is hard not to be entranced by the performances of golden oldies Declan Maxwell, John McKeon, Nigel Maguire and Jimmy Holohan but Mal feels there is a good mix in the team, even if he doesn’t know how the older lads keep on doing it!

“I know they have the golden oldies down here, I don’t know what’s in the water but there is another ten years in them lads, they mightn’t agree with me. The young fellas leading the way but you have the stalwarts that have been here over the years and it is a combined effort from everybody.

“The young lads are coming in and pushing and there today we had a bench which was great to see and what we need, to have fellas pushing for all these positions. There is a good mix there.”

As for the knockout stages, Mal reckons there is no clear favourites for the title: “ I’m long enough in this game to know that. You can put four, five or six teams into the mix in the Intermediate championship on their day and that is what this championship is about and that is why it is a great championship.

“Any team can come out and win and they’re going to be talked about. Another team will have a good result and it is going to go round in a circle. All we can do is work on ourselves and try and get a couple of more things when we are going into. I’ll take any day we get a win.”