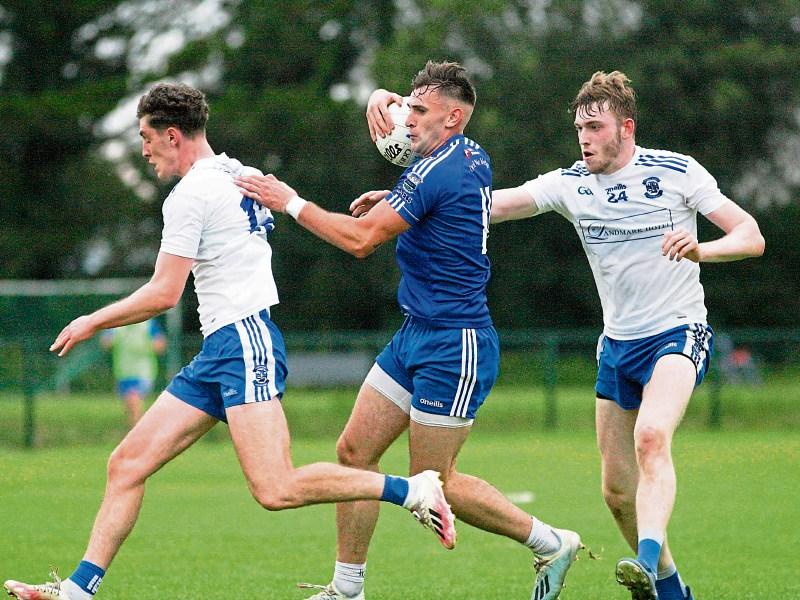 Nostradamus or Cassandra are two historical figures I don't have a lot in common with, nor would you think they have much to do with gaelic games in Leitrim with but when it comes to the delicate task of previewing club championship games, sometimes I feel a kinship with the two often misunderstood seers.

Nostradamus gained fame for his far reaching prophecies which continue to mystify, intrigue and exasperate us to this day while poor auld Cassandra was doomed to utter true prophecies that were never believed. Either way, both made prophecies and some may, or may not, have come to pass!

Nostradamus and Cassandra sprung to mind over the weekend that saw Kerry dumped out of the championship by a superb Tyrone, a result that made my assertions just a couple of weeks ago in these very pages look completely off the wall as I wrote “ There is something ominous and almost terrifying about the Kingdom and a dreaded sense that Dublin's six-in-a-row could be emulated in the near future is growing.”

So much for that! But I was far from alone in reckoning the Kerry men were on the cusp of a glorious new era and there is a tremendous amount of history being rewritten this week, just as there was after Mayo dethroned the Dubs but then, it is always easy to be wise after the fact!

Kerry's unstoppable march to Sam Maguire has become “they were never tested in Munster” and Tyrone's Covid problems overshadowed the blindingly obvious that a team fortunate to get over a misfiring Monaghan in the Ulster Final were always destined to reach the All-Ireland Final!

Many felt that the Dubs march to eight titles in ten years was inevitable, bound up with talk of Croke Park money, but having sat through all of those finals, it wouldn't have taken much for the verdict to go the other way in many of those games - think Mayo conceding two own goals or Dublin picking Kerry's pocket in 2011 and you realise that predictions can make fools of us all!

History is written by the winners but circumstances play a major part too - we'll never know how much the delay due to Tyrone's covid problems affected Kerry nor do we know if there is turmoil in the Dublin camp but those are two factors that don't show up until you are out on the field and in the heat of battle.

You wonder if Glencar Manorhamilton's wondrous four in a row would have happened were it not for an objection in the St Mary's and Sean O'Heslins quarter-final that delayed the championship. Glencar Manor made huge use of the extra time gained by the delay, shocked St Mary's in the semi-final with a late wonder goal from Gary Hickey and went on a run of success that hasn't been matched in over 60 years.

The talent level in the Manor ranks was such that you think success would have come eventually to the north Leitrim men but then you remember the likes of Fenagh St Caillin's & Bornacoola in Senior Finals and Drumkeerin at intermediate level and you know that nothing is guaranteed in sport, at any level.

Those are the sort of things that match previews, part and parcel of the big day, can never account for and only the Man above truly knows what will happen.

Even at club level , my own predictions in these pages last week garnered a somewhat mixed reaction. I’m not going to name names but after one game last weekend, I was greeted by a member of a victorious team with the pithy remark “You didn’t give us much chance this week” while another fan remarked after a different game that I had got my prediction on their game spot on!

For many years, the footballers of this county spoke about “the Observer curse” when it came to County Finals - the dreaded nod from the Observer usually spelt doom for the poor unfortunate team deemed the favourites for the title while their opponents whooped and jumped for joy.

Those days have long passed but as often as you get it right, you get it wrong which usually leads to the inevitable “We proved everyone wrong” from each and everyone involved with the successful team. I've lost track of the countless times supporters and players have mentioned the Observer's predictions in the midst of their celebrations - strangely, we never hear that much when those making the predictions get it right but that’s another story!

In bygone days, articles used to be cited in pre-match talks, we’ll show that so-and-so which is curious since most teams spend most of their time building up to a big game by declaring that the opposition are surely the favourites for the title and anyone thinking otherwise is crazy! But when you take them at their word, you’re the worst in the world.

I know of a manager of a Leitrim underage team - many, many years ago - once brandishing an article of mine previewing a Connacht Championship tie in front of his bemused players in the dressing room, urging them to go out and prove the Observer wrong. Unfortunately, he was addressing a group of players who had been somewhat neglected by his involvement with the Senior team that season and all the “prove that git wrong” exhortations rang somewhat hollow.

To be honest, you can’t take too much notice of either the scorn or the all too rate praise that comes with predictions. All you can do is take what information you have and give your opinion, or to be a bit more truthful, an educated guess. Because that is what predictions often come down to - guesswork and the evidence of what you have seen in previous games. We can all have a hunch or a feeling but you can't beat evidence!

As much as the proverbial “dogs in the street” know everything that is happening within each county or club team, the Observer is not omnipotent or all knowing. We don’t know what is happening behind the scenes in a club, if there is strife between management and players, whether the dreaded Covid has impacted a club or work pressures are taking heavy tolls on players. There are so many factors that affect a team when they take to the field and, quite rightly, most of them are none of our business.

I'll make many predictions in the weeks to come, some of them will come to pass, some won't but I always stress that predictions are just an informed opinion at a particular point in time. They are fun, annoying, infuriating and reaffirming all at the same time but an educated guess all the same!