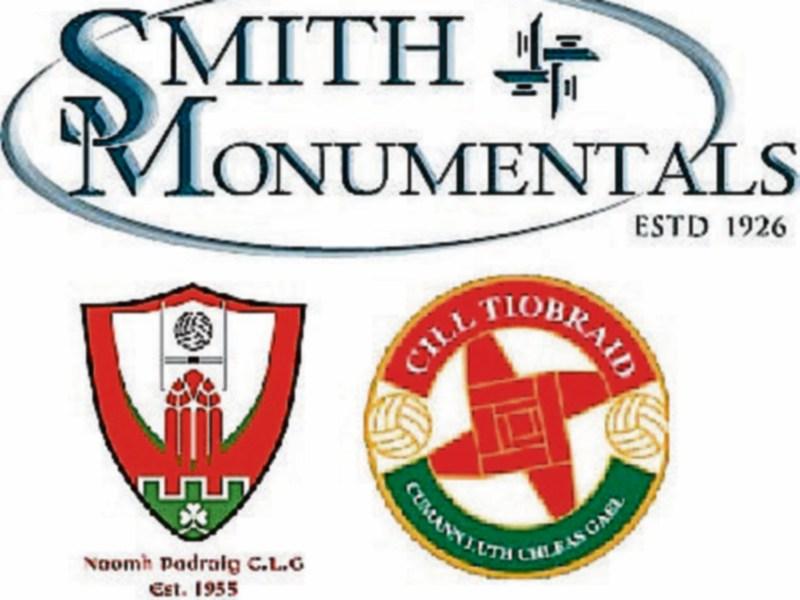 Injury time proved productive for Martin Feeney and St Patrick’s Dromahair in this hard fought Smith Monumentals IFC clash with Kiltubrid as the Dromahair man scored 1-1 at the end of both halves to sneak this victory in St Osnat’s Glencar on Saturday.

Feeney grabbed a goal at the end of the first half and then, after Kiltubrid had drawn level, the Dromahair forward fired over a long range free to maintain his team’s unbeaten record.

Kiltubrid’s midfield duo dominated kick outs for long spells which meant Dromahair had to work hard to force turnovers to gain possession while their disciplined defence in the second half in the face of fierce Kiltubrid pressure ensured the victory.

Rory Kelly was a rock at full back for Dromahair while Martin Feeney again showed his prowess in front of goal. Jamie Conlon and Declan Fowley also impressed.

The match was tit for tat early on with James Clancy and Bertie Cunningham matched points from Kealan McKeon and Barry McWeeney in the first 11 minutes. Points from Danny McWeeney, Fionn O’Brien & Conor Prior edged Kiltubrid three clear by the 23 minute but Dromahair finished the half with a bang.

Two Martin Feeney points were followed by a goal from the same player, set up by good work from James Clancy and James Clinton to give Dromahair a 1-4 to 0-5 halftime lead.

Kiltubrid started the best in the second half with three unanswered points from Barry McWeeney, Fionn O’Brien and Mick McCormack but Dromahair hit back with points from Martin Feeney and Declan Fowley, the second a lovely effort with the outside of his boot from near the sideline to put Dromahair in front.

Two Barry McWeeney frees edged Kiltubrid in front but sub Gary Fowley set up James Clancy for the leveller. Feeney added a free but the match was level in the final minute of normal time when McWeeney converted a free.

However, over two minutes into added time, Feeney converted a 45 metre free to give Dromahair the win.