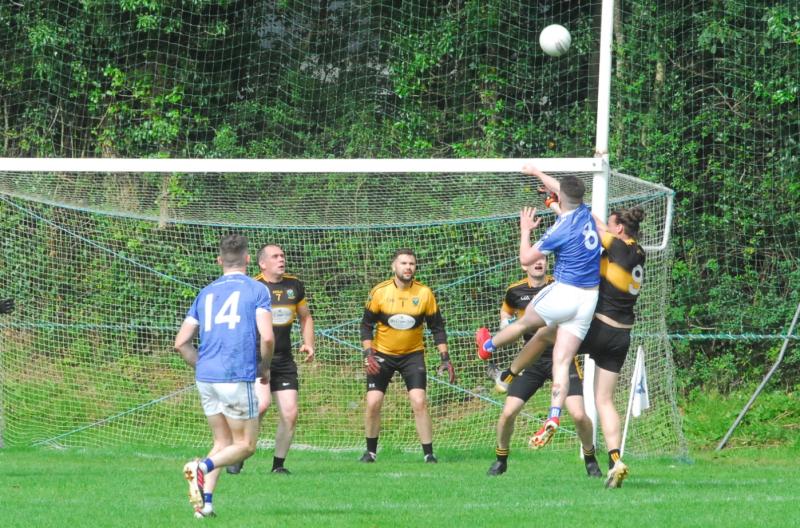 The line-up for the quarter-finals of the Smith Monumentals Intermediate Championship is complete after Bornacoola struck for two second half goals to pip Carrigallen in a winner takes all encounter on Saturday morning in Carrigallen.

Damian Moran struck for two goals, the first a goal of the season contender, that catapulted Bornacoola to a 2-12 to 0-12 victory over Carrigallen. The win means that both teams ended the group with two points but the Bors advance to the quarter-finals thanks to the head to head rule.

For Carrigallen, the defeat leaves them facing into a relegation final against Aughnasheelin, a fact that must be hard to take as they led by three points early in the second half but were unable to keep the Bors, and Damian Moran in particular, from grabbing the only goals of the game.

Drumkeerin took second place in the group by virtue of their 3-11 to 0-17 victory over Aughavas in Aughavas, goals from David Feeney, Daniel Maguire and man of the match Jamie Langan in the first half securing their victory. Aughavas put up a ferocious battle and closed the gap to two points near the end while they were denied goals on three occasions by goal line saves from Drumkeerin defenders.

The results means that Group 1 winners St Patrick's Dromahair will take on Bornacoola in the quarter-finals while Kiltubrid will face Aughavas. Group 2 winners Drumreilly will take on Ballinaglera in the last eight with the line-up completed by the meeting of Aughavas and Kiltubrid.

The quarter-finals are scheduled for the weekend of September 25/26.