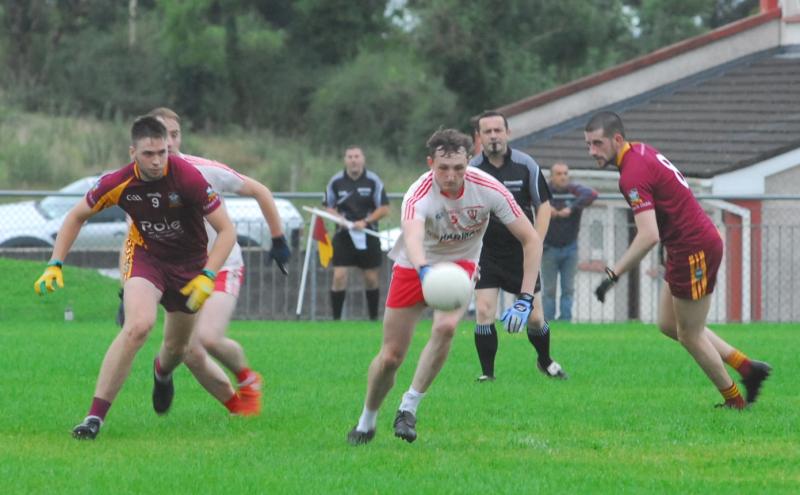 St Patrick's Dromahair finished top of Group 1 of the Smith Monumentals Intermediate championship despite suffering their first loss of the campaign at the hands on Annaduff on Friday while a nine point win saw Kiltubrid take second place in the table.

With all four qualifying places already decided in the group, all that remained to be decided was who finished second and third and Dromahair, unbeaten until their 2-7 to 1-7 loss against Annaduff, already guaranteed top spot. However, Annaduff were denied second place in the group thanks to a solitary point as Kiltubrid's scoring difference was exactly one better than the 2020 Intermediate finalists.

Kiltubrid, who had drawn with Annaduff 1-11 to 2-8 in the second round, claimed second place in the group thanks to a 1-16 victory over Ballinaglera in Kiltubrid. The first half was a tight affair with Kiltubrid edging the battle 0-6 to 0-4 at halftime but the home side struck a major blow just after the interval when Conor Prior struck for a goal in the opening minute of the half.

Ballinaglera did close the gap to a goal early in the second half but with scores from Fionn O'Brien, Barry & Danny McWeeney, Emmet Mahon and Mick McCormack, Kiltubrid pulled away to a comprehensive victory.

In Annaduff, two crucial minutes early in the first half proved the winning of this game for Annaduff as they struck two goals and Dromahair had a man sin-binned. Dromahair full-back Rory Kelly received a black card for a foul on Jason Ward who was through on goal but Sean Duignan converted the resulting penalty.

From the kickout, Annaduff regained possession and put together a slick move that ended with Ward palming the ball to the net. Dromahair were nine points adrift at the second half water break but the introduction of Shane & Gary Fowley and Conor Morrison prompted a late charge that cut the gap back to a goal.

James Morrison's goal gave the north Leitrim men hope of remarkable recovery but Annaduff held out for the victory, 2-7 to 1-7.