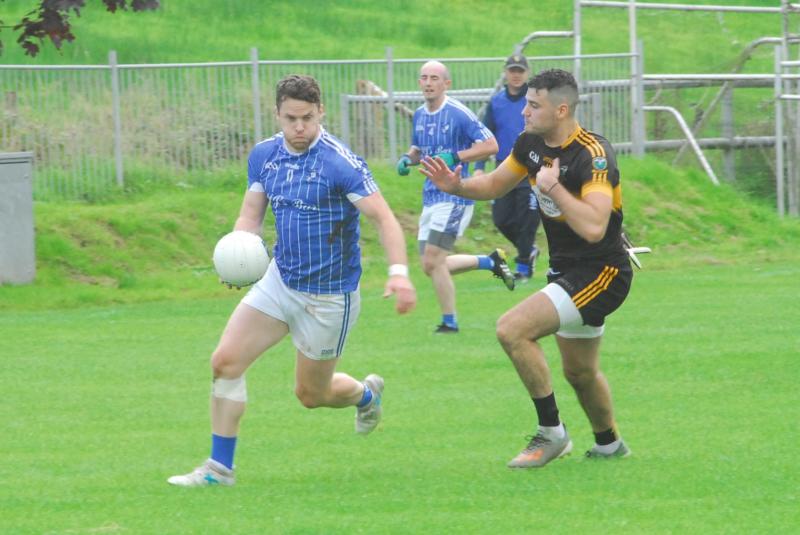 Any fans who wish to attend the knockout stages of the Connacht Gold Senior and Smith Monumentals Intermediate championship must purchase their tickets in advance after the Leitrim GAA County Board announced that there will be no tickets on sale on the day at match venues.

With restrictions on the numbers attending sporting events still in force due to the Covid-19 pandemic, the Leitrim GAA County Board management committee took the decision that admission to all knockout stages would be by pre-purchased tickets only with the only exception being the relegation finals which will be cash on the day.

Tickets can be bought at the following link: https://www.leitrimgaa.ie/tickets/

Clubs have also being informed that they must submit a list of no more than 40 players/officials who will gain entry to Avant Money Pairc Sean Mac Diarmada where all the remaining knockout fixtures at the both the Senior and Intermediate grade will be held.

In the statement on their website, Leitrim GAA said "At the most recent meeting of the Leitrim GAA Management Committee held on 09.09.2021, it was decided that for all remaining knockout games of the Connacht Gold SFC and Smith Monumentals IFC admission would be by pre-purchased ticket only. (It should be noted that the only exceptions to what lies below will be the respective relegation finals which will be cash on the day events).

The details are as follows:

Connacht Gold SFC and Smith Monumentals IFC Quarter Finals and Semi-Finals:
Tickets for General Admission will be priced at €10 each with no concessions for Students/OAPs and Under 16s will be admitted FOC.

Connacht Gold SFC and Smith Monumentals IFC Finals:
Tickets for General Admission will be priced at €15 each with no concessions for Students/OAPs and U16s will be admitted FOC.

Given that it is hoped that all games will be played at Avant Money Páirc Seán Mac Diarmada and given its rated capacity, it is considered safe to place these games on general sale to the public and while doing so, we expect to safely remain within the 50% capacity government restriction placed on sporting venues since September 6, last.

As regards admission of Players/Officials, it was also decided that each participating club in any of these fixtures will submit in advance to the Secretary of Leitrim GAA a list not exceeding 40 names of players/officials who will gain admittance to the venue. This list will be checked off by the stewards on duty on any given day. No admittance without a pre-purchased ticket will be given to any person unless he/she is on this list.

It is imperative to note that there will be no tickets on sale at the Matchday VenueTickets available now at https://www.leitrimgaa.ie/tickets/