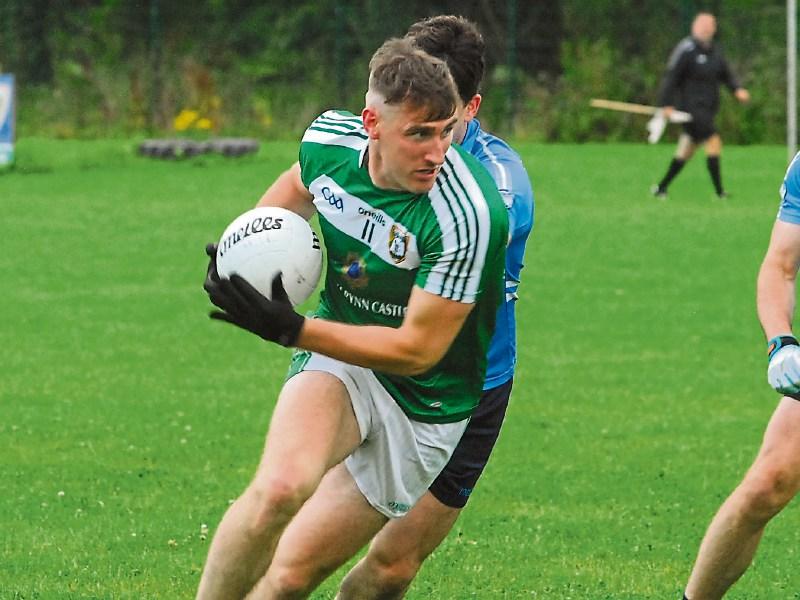 Next weekend sees the Connacht Gold Senior Championship Quarter Finals take centre stage and what a weekend it promises to be as seven contenders set their sights on prising the Fenagh Cup from the grasp of champions Mohill.

The move to Avant Money Pairc Sean Mac Diarmada, the all-ticket requirements and the return of the highly popular streaming service only underlines that the real championship starts next Saturday and the stakes are getting even higher.

Any talk ahead of this year’s knockout stages and possible winners is dominated by the thought of who could possibly stop the champions from successfully defending their title for the first time in their history.

Gortletteragh are first up to try against their neighbours on Saturday evening but no doubt every team left in the competition is contemplating exactly what the 2020 Intermediate champions will face in Pairc Sean.

Four fascinating contests are on the cards, with so much supposition and speculation about what might happen. We take a brief look ahead and put our head on the chopping block with our predictions for who will advance to the semi-finals.

On paper and form, this would seem pretty straightforward with last year’s finalists and group 2 winners St Mary’s expected to overcome Aughawillan. But as anyone who has watched the renowned Willies down through the years, there is no better team for upsetting calculations and expectations than Aughawillan - trouble is St Mary’s know it too.

For Aughawillan, there may be a question of payback for last year’s traumatic loss at home to the Carrick men. Aughawillan had left it late but surged two in front only to miss some gilt edged chances to kill off the game and then St Mary’s struck a goal and the rest is history. A loss would have left the Carrick men staring down the barrel of relegation and Aughawillan would have advanced to the quarter-finals.

Much will depend on the fitness of Mark Plunkett - injuries have derailed his last two campaigns but if he is fit and ready to go, Aughawillan are a much different prospect. They haven’t hit the form of previous years but there is an almost institutional knowledge there in how to win championship games.

St Mary’s haven’t been very convincing so far this year but they have shown in spurts that when roused, they can blow teams away. If they have been timing their run for the knockout stages, they will be hard stopped but they’ve got to start much better and maintain their concentration if they want to advance.

Cliches aside about battles and delivering on talent, I think St Mary’s have a few more levels we haven’t seen yet. If they can access them, they should advance.

The poisoned chalice if ever there was one - most people will assume this statement relates to Gortletteragh but not so long ago, Kerry and Dublin were red hot favourites for Sam Maguire and look what happened so there is a bit of pressure on the defending champions.

Mohill have been simply superb so far this season and it is not an exaggeration to say that most people around the county feel the Cup is theirs to lose. That’s a big burden but with their physical power, experience, strength in depth and form so far this year, it is hard to disagree with.

One small worry may be an over-dependence on Keith Beirne while the dismissal of Keith Keegan against Ballinamore left them vulnerable. But if they keep a full compliment on the field and Beirne maintains his form so far, they have so many weapons that it is hard to beat them.

Gortletteragh come in after completing the great escape by winning their last two games to secure a place in the quarter-finals. That means there is no pressure on them and they won’t need reminding of an Aughawillan team who beat them in an eighth place playoff back in 2014 and went all the way to lifting the title.

Jack Heslin remains the key figure but Padraig Gallagher is another danger while Gortletteragh have shown enormous resilience to come through when all seemed lost. Their defence will be under huge pressure and they would love to have James Campbell back but the task for them is to frustrate Mohill and hope to strike late.

The underdogs have nothing to lose here but they can’t afford to go into this all gung-ho or Mohill will simply pick them apart. Keep it tight, make it a battle and you never know. But honestly compels us to say that we can’t see anything other than a Mohill win here because the champions are just too good.

Another grudge match from last year when Fenagh dumped the Gaels out of the championship in the quarter-finals and also got the better of them in the Intermediate Final a few years ago. Form and history links this pair and there is a similarity between these teams that suggests it is going to be a close one.

I’ve got to say that I’ve been impressed with the Gaels this year - their swift counter-attacking, their sheer physical power and increasing confidence could actually make them potential champions were things to fall their way. That’s a big statement but when they get going, the Gaels are a formidable outfit.

What goes against them, however, is a tendency to lose their discipline, and also their concentration, with three dismissals in four games. You wonder sometimes if the more we harp on about them keeping their calm, the more likely the Gaels are to lose it but maybe they are a team that needs that sort of wild abandon and aggression to get the best from themselves.

Injuries have blighted Fenagh’s campaign so far and they will need everyone fit and ready for duty. One to 15, I’d stand Fenagh up against nearly everybody but injuries and absentees can leave them vulnerable. A fit Mark Keegan in defence is a must and the return of Eoin McLoughlin would be a massive boost.

Going forward, Fenagh are formidable - Riordan O’Rourke has really stepped up it a level this year and in tandem with Ryan O’Rourke and Oisin McLoughlin, they have a real triple threat while physically, they have the power and engines to run with anybody.

I’m torn on this one - both have impressed me at times and, cliche alert, it could come down to a tiny mistake on the day. The absence of the suspended Liam Moreton is a factor that might just turn this game Fenagh’s way. A very wary nod for the men from the Abbey.

Wow, where to start with this one? Ballinamore have been touted as possible senior winners ever since they contested the Connacht Intermediate Club Final in 2016 but astoundingly, each and every year since, Sean O’Heslins’ championship dreams have been ended by Glencar Manorhamilton.

Some of those losses have been by a solitary point, one after a replay, one in a final but each and every year, Ballinamore have gone into a tie with the north Leitrim kingpins in irresistible form only to get a raw lesson in how to emerge victorious in championship football.

We’ve been wondering if the great years of Glencar Manor are about to come to an end over the past few years but each and every year they defy us. Conor Dolan, Niall Brady and Evan Sweeney are as good a forward line as exists in the county and they suffered just one loss, to St Mary’s, in the group stages of form is not a problem.

Are they are intimidating as in their glory years? Probably not. Are they still capable of beating every other team in the championship - you bet they are and they have the confidence of their record against Ballinamore.

You sense that Ballinamore would have preferred to play any other team but Glencar Manor this Sunday but maybe it is a blessing in disguise for they have to produce now. It is five years since they won the Intermediate title and for a team as festooned with talent as Ballinamore, you fear that time may be running out on them.

O’Heslins have worries about their defence thanks to injuries and they have yet to really make the most of Tom Prior’s talents in attacks. Answer both those questions and Ballinamore are more than a match for champions Mohill - but first they have to get over Glencar Manor.

I’m in two minds on this one - when Ballinamore get going, they are unstoppable like Mohill but will Manor let them get going? I’ve gone for Ballinamore to win in the past and you feel it might be their turn this year but you also feel Glencar Manor are just the team to take the win here. I’m going to chicken out here and say you wouldn’t be surprised to see either win, nor surprised to see them lose. I guess we’ll find out on Sunday!

The game nobody wants to be in but once you’re in, you desperately want to win. This game depends on who can lift their game from what they’ve shown in the group stages but it is impossible to know. I have a sneaking feeling the Drumshanbo men might just sneak it but any team with Darragh Rooney going well can’t be taken for granted. A huge game for the future of two young teams.