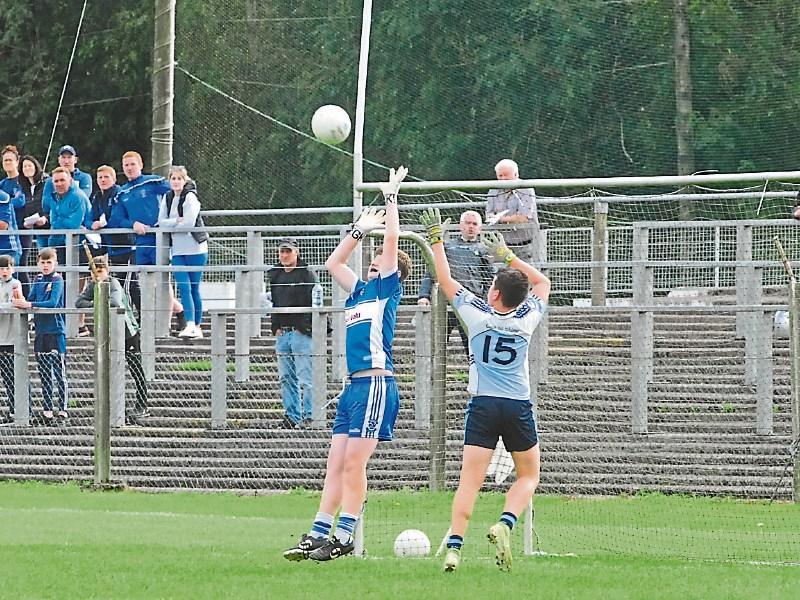 It might have gone either way but in the end, there was no doubting that a superb Allen Gaels deservedly pipped St Mary's Kiltoghert in Sunday's thrilling Barna Waste U13 Division 1 Final in Avant Money Pairc Sean Mac Diarmada.

With one of the umpires remarking after the contest that the Final was a brilliant game that he really enjoyed, this game was a celebration of all that is good about underage sport and the wild celebrations sparked off by Allen Gaels' victory were remarkable to witness.

Trailing by five points at the break, the young Gaels produced a stunning second half as they outscored St Mary's 3-5 to 0-2 before a late rally saw the Carrick men land two late goals that cut the gap back to a point.

St Mary's, who beat Allen Gaels by 12 points in the final group stages game, were left to rue a litany of missed chances in both halves as an unbeaten campaign came to a sudden end against an Allen Gaels team who fought as if their lives depended on it and produced their best performance on the biggest day of all.

St Mary's might have sent the game to added time but, in truth, it would have been rough justice on the Gaels who were the better team for long periods of this game. Perhaps a few tougher games in the group stages helped the Drumshanbo youngsters, who only lifted the delayed 2020 Division 2 title a matter of weeks ago, as they were better prepared for a battle.

Both teams could have had goals with their very first attacks but it was Daire McCabe who opened the scoring on five minutes from a free. Wides, which were to be the bane of St Mary's, started to pile up before Aaron Gibney fired over. But a minute later, Allen Gaels had their first goal when Daire McCabe goaled after a long run. St Mary's saw Donnacha Glancy points but six wides hinted at a big problem for the Carrick men, although when Conor Duignan ran in to goal on 14 minutes, they took the lead.

Another Gibney point and a goal from Duignan seemed to suggest St Mary's would pull away but Allen Gaels hit back with points from Mark Nolan & Senan McGowan.

Oran Butler converted a free but St Mary's saw Duignan hit the post and Richie Gavican's follow up hit the upright before going wide. Duignan did add a free as St Mary's led 2-5 to 1-3 at the halftime interval.

However, Allen Gaels got off to a blistering start in the second half with a McGowan point and an excellent goal from Mark Nolan to leave a point between the teams. Nathan Casey and Daire McCabe them swapped points before a crossed ball from Mark Nolan was brilliantly palmed to the net by Rhionn Gallagher.

That put the Gaels 3-5 to 2-6 ahead with Oran Butler pulling back a free. It was now Allen Gaels turn to miss chances but vital points from McCabe and Darragh Nolan stretched the lead to a goal 12 minutes into the second half.

Allen Gaels keeper Oisin McGarry made a brilliant save from Nathan Casey to prevent a goal and with St Mary's missing more efforts, they were made pay when a long ball found McCabe who took off on a long run before finishing expertly to the net just before the water break.

With injuries causing big delays, there was still time for a comeback but a fine point from Aaron O'Rourke seemed to spell curtains for St Mary's. However, a goal from Conor Duignan, forcing the ball home after a superb McGarry save from Donnacha Glancy, gave the Carrick men renewed life.

St Mary's were dominating and charging forwards but wides from Conor Duignan (goal chance) and Oran Butler (free) left them frustrated. However, we did get a dramatic finish when Donnacha Glancy gathered a free and blasted the ball to the Allen Gaels net three minutes into added time.

With only a point between the teams, St Mary's pushed for an equaliser but they couldn't break down the Gaels defence and the nearest we got to a score was a wide from Mark Nolan before wild Allen Gaels celebrations erupted on the final whistle.