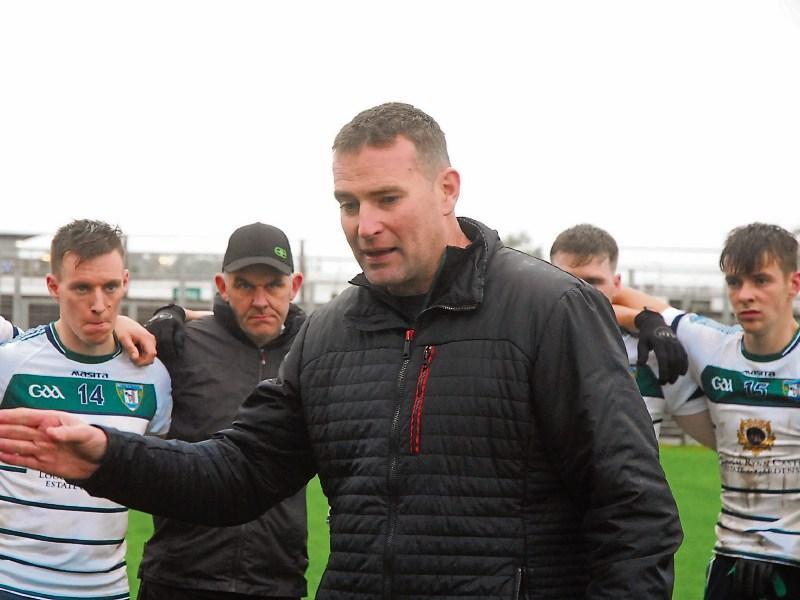 The template for any modern manager nowadays is to downplay a big victory in case hype and over-confidence comes back to bite you later on. So it is a revealing measure of how good Mohill were last Saturday that Liam Keenan’s first words were “Yeah, I thought they were brilliant today!”

Mohill’s stunning and awe-inspiring 4-25 to 1-1 victory over 2020 Intermediate champions Gortletteragh immediately had the remaining teams praying and hoping that they won’t draw the defending champions in the semi-finals, with Leitrim Gaels the team handed the booby prize.

But for Liam Keenan, there was delight in a performance that must have been almost close to perfect: “I thought their focus over the last couple of weeks since the group stages finished has been very, very good and today, look, what do I say?

“We put up a massive score, I was delighted with everyone’s performance and we were able to run in four or five lads. If there is such a thing as keeping a big panel happy, that is what we were trying to do. Delighted for the boys today.”

What struck neutrals was the way Mohill never let up in their intensity or application, something that pleased their manager: “Sometimes when you build up big leads, the game can drift away and things get sloppy and that is something we are trying to cut out of our game. We felt that we have been conceding a few unnecessary goals and scores but I thought the lads were very focussed today.”

Mohill have long been favourites to retain their title and Saturday’s display did little to dispel the notion that everybody else is playing for second place. That can bring its own pressure but Liam believes it is the attitude of players in training that makes all the difference.

“Sometimes things like that can bring a lot of pressure on a team but what we do is, you’re probably fed up listening to me say this, but when we go to training, if it is not right, we stop and try and correct it. Once it is corrected, and they normally correct it themselves, that gives us that bite and that energy and if you are not doing it, somebody is going to go in and take your place so when a team is as strong as that, nobody wants to lose their place.”

That desire was manifest in Saturday’s victory but Liam gives credit to his players and S&C coach Enda Gillen for Mohill’s amazing condition: “The conditioning and hunger is there and it is something that we are proud of to be honest, the conditioning of the players. Even when the players came back after lockdown, they took responsibility for themselves and some of the shape they came back in was fantastic.

As for the semi-final, you sense from talking to Liam that it cannot come quick enough!

“We’re very happy with where we are, looking forward to the next two weeks, looking forward to getting back on the training field. We’re down to the business end of things now, let's not cod ourselves. The semi-final is going to be tough, all we can do is prepare to the best of our ability. The lads know the score with our set-up, they need to come to training focussed and I expect them all to do so.”