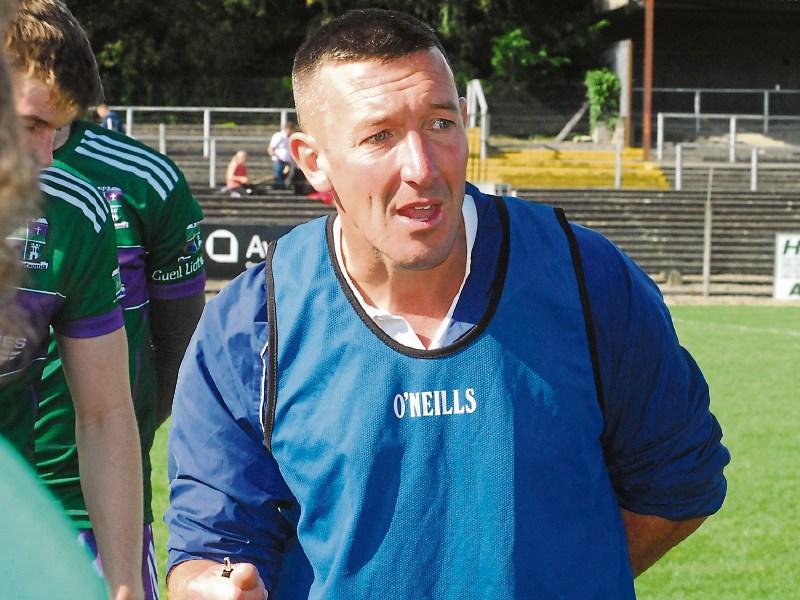 They may be drawn to face champions Mohill but Leitrim Gaels fear nobody according to manager Paul Prior who stresses that the first time Connacht Gold SFC semi-finalists have “a lot more in the tank”, writes John Connolly.

Fresh from the 1-13 to 0-12 victory over Fenagh St Caillin’s, Paul told the Observer “No preferences, the boys are delighted, they should be proud of themselves. They are lacking experience and this is the only place you are going to get it so I don’t think they will be too worried about who they get in the semi-final, we’ll give them a good rattle.

“We have lots of experience there with county footballers and county hurlers but they have their feet on the ground, there are no prima donnas among that group I can assure you. They train hard, they work hard and they’ll enjoy tonight but they’ll crack on for the semi-final.

“There were a few games in the group stages we should have won but we knew there was a lot more in the tank and I’m afraid there is a lot more to come from them, they won’t fear anyone.”

Defeat to Fenagh at the same stage last year inspired the Gaels: “We started really well and our second quarter was superb, I don’t think Fenagh scored in the second quarter so that was the turning of the game. We wobbled a bit at the end, you can put it down to experience, or a lack of it I suppose, but they held firm. They have a great attitude and great character to the lads and after the defeat to Fenagh last year, that really spurred them on today.”

Talk after the game centred on the displays of Shane Finn, Colm & Enda Moreton and Paul wasn’t surprised: “We knew the two O’Rourkes were dangerous and Oisin McLoughlin so we had to bring a bit of pace in - Shane has that in spades. Again, serious attitude, he had a job to do, he stuck to it and did really well.

“You can see the great score Colm got, he took the ball out of the sky, it was as good as you’d see anywhere. Football is all about confidence and Enda is another confidence man and when the confidence is high, things go your way.”

Leitrim Gaels will take confidence from winning without the suspended Liam Moreton: “It is nice for the lads to win without Liam, Liam is a great character and he is gutted that he missed today. And we were missing Daniel O’Sullivan who was another big loss, he had an achilles problem but he will be back. Hopefully we will stay unscathed before the semi-final.”