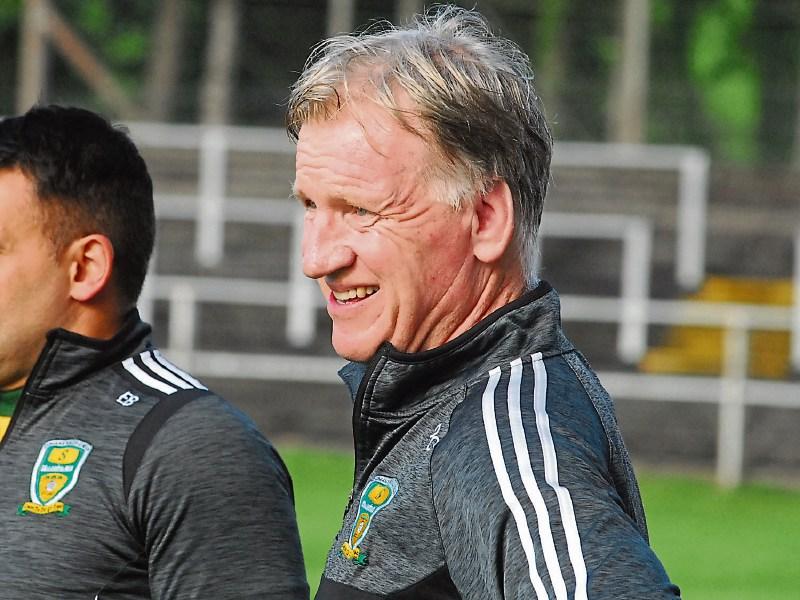 A place in the Connacht Gold SFC Semi-Finals may be the ultimate reward but after suffering at the hands of Glencar Manorhamilton over the years, you could sense the relief of Dominic Corrigan that his Ballinamore Sean O’Heslins team had overcome their nemesis.

“We’re well pleased because we came into today’s game knowing that there is a side there that is a bogey and a jinx on Ballinamore,” Dominic told the Observer, “I was hoping that the shackles weren’t going to impact on us today and we buried that jinx today.”

The 4-10 to 0-8 victory was a statement victory for the Ballinamore men and Dominic hopes that finally getting one over on the north Leitrim men can inspire his team after so many years of heartache at the hands of Glencar Manorhamilton!

“Manor have been an exceptional team and they are a great championship team and you have teams like that, that maybe don’t shine in the league but do in the championship. Glencar Manor are one of those, I have nothing but admiration for them.

“So it was seriously important for this group of players who have been on the wrong end of results against them over the years to put that to bed today and hopefully it will give us more confidence going into the semi-final.”

Reviewing the quarter final, Dominic was pleased his team were able to capitalise on their goal chances: “We were slow to get going alright, we had a goal chance after two minutes, Shane Moran was unlucky, it went the wrong side of the post but after that, we created good scoring chances and put them away. Any day you get four goals is a good day.”

The impact of wing forwards Michael McKiernan and Senan Harte was obvious and Dominic was pleased with their contribution: “Great workers, great engines and that was seriously important. Beezer is only into the team this year so he really did very well but it was a day when every player contributed something and to win championship games that is what you need.”

Tom Prior was also a key figure, setting up two goals and netting one and while his manager was impressed, he feels there is still more to come from the County footballer: “Tom is a fantastic footballer, he is everything you want in an inside forward.

“He’ll be disappointed he left some scores behind him, Tom is the type of fella who demands excellence from himself and he has areas to work on but what a performance from him, he lit up the pitch today and hopefully we’ll be getting more of the same from Tom in two weeks time.”

Talk of two weeks time means a meeting with a St Mary’s team and Dominic knows they will be a step up for his troops: “Carrick will be a different proposition and we know we have to step it up again. Carrick is a very good side, Denis Connerton has them going very well and it is going to be a great game and it is one we are looking forward to.”