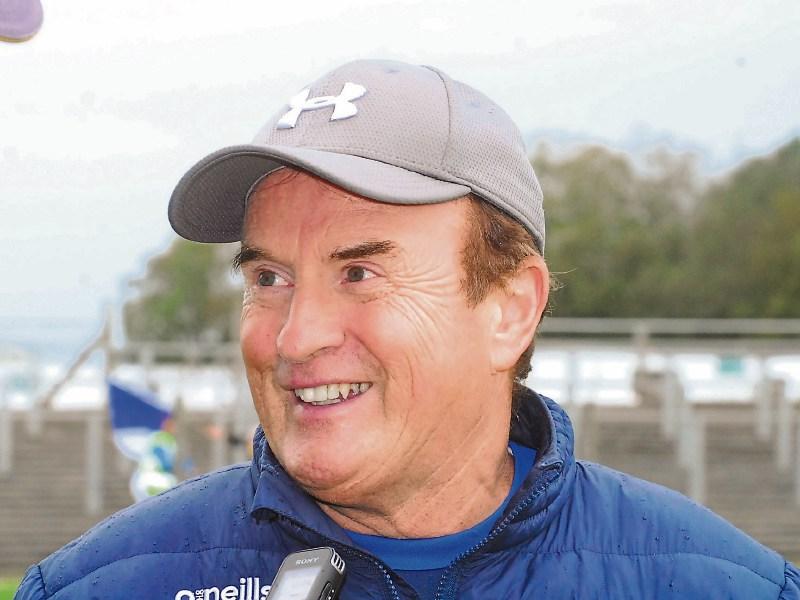 Slow starters they may have been throughout the group stages of Connacht Gold Senior Championship but it was a fast start that saw them on their way to a commanding 3-11 to 1-7 victory over Aughawillan according to manager Denis Connerton last Saturday.

Two goals in the space of a minute in the opening quarter saw the slow-starting Carrick men take control of the contest and Denis agreed that his team is finally hitting top form in the championship: “It was a strong performance, we had a very good start to the game which is unusual for us.

“This year, we’ve been starting so slowly in games, as I’m sure you are well aware of, so it was good to get a good start, good to get the early goals and they all helped us. It was a very good performance and they were controlled and we were missing James Glancy who is, spiritually, probably the leader for a lot of them.

“James is a very calm footballer and we just found it hard that we only knew he was going to be missing on Friday so we had to make different plans but the young lads today, the likes of Adam Reynolds and Gavin Reynolds, they worked so hard for us. They had tasks to do today, tasks they probably didn’t like doing but they did them well.”

Even with that, Denis admits that his team’s tendency to drift out of games was a feature of the game: “That’s kind of normal for us to switch off for a little while, we play so well for a time and then the water break disrupts us or the water break gives us momentum on different days. We switched off a little bit but overall, it was a pretty good performance.”

St Mary’s were delighted to have Cian Singleton back in action after he suffered a heavy knock against Gortletteragh in the final round and Denis was pleased with his contribution on Saturday: “He was very fortunate his jaw was broken and he had concussion but he was determined to play and did very well. We got him off as early as we could and it wasn’t early enough probably for him but he did very well.”

Singleton is just one of a number of young players littered throughout the St Mary’s ranks and the former Longford manager believes they are developing well: “We’ve only lost the first game of our league campaign this year when we were without a lot of our U20 players who were with the county.

“They are maturing, they are showing a certain sense of maturity and developing very well. They are performing as well as they possibly can, very seldom we ever field the same team in two successive games but they are controlled. It is a good bunch of young lads, it is a young team and they are developing and learning as they go on.”

With the draw not made at the time for the semi-finals, Denis stressed it was all about St Mary’s preparing themselves for the challenges ahead rather than focussing on the opposition: “The big thing for us today was to get into the semi-finals. Now we’re there, we have no control over who we get. Whoever we get, we get and we’ll prepare as best we can and that is about all we can do.