Proud Paul Prior sees bright future ahead for Leitrim Gaels 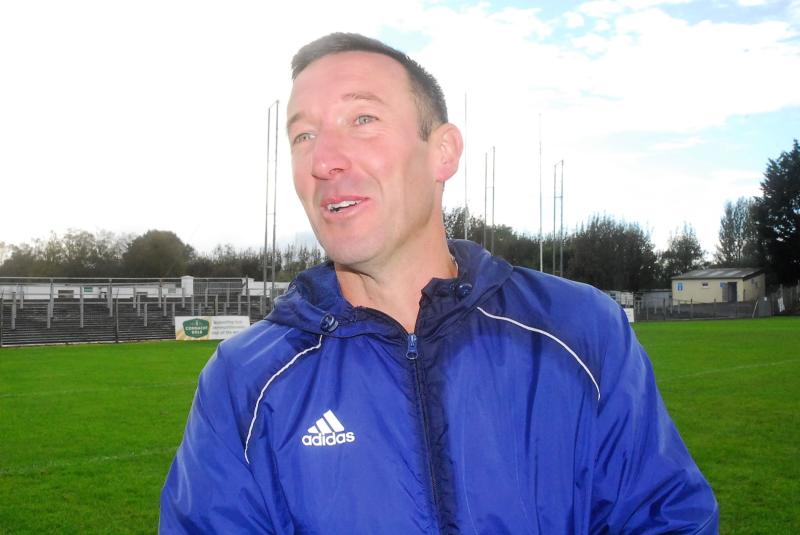 Leitrim Gaels are definitely a team for the future according to their manager Paul Prior who said he “couldn’t be more proud of them” after they pushed defending champions Mohill to the limit in a thrilling semi-final last Sunday.

With many expecting a cruise for Mohill last Sunday, the Gaels turned in a storming second half display as they cut a seven point lead back to a point before a late Mohill surge saw them through to the final on a 1-15 to 1-9 scoreline.

And Paul Prior, in his first year in charge of the Gaels, sees a bright future ahead for the first time semi-finalists: “You have to be proud, they did really well, they did everything we asked of them. We definitely had Mohill rattled for a while but that is why they are defending champions.

“But the Leitrim Gaels lads can be very proud of themselves, they’ve had a great year and are definitely ones for the future. We couldn’t be more proud of them. This was huge for them and the experience is huge for them because we had a lot of debutants this year, young Daniel O’Sullivan certainly doesn’t look out of place.

“There’ll be a few lads disappointed they didn’t get to play, Liam Moreton, David Regan, Michael McManus, all those guys will be chomping at the bit, hoping to get in next year.”

The Gaels manager was thrilled with the way his team reacted to going seven points down, pointing to the passionate support from the stands: “There was a great roar from behind us in the crowd. We had said if they got ahead of us that we wouldn’t buckle, we wouldn’t let the heads drop because we knew Mohill were going to have a purple patch at some stage.

“We didn't let them get away, we were only a point away going into the last quarter - it was huge for us to be so close to them going into that last 15 minutes.”

Experience, however, did come into it as did Mohill’s strength in depth: “It does and even the experience, a few dropping balls, we missed a few in the last quarter and they went up the other end and got their frees scored and that hurt us. We gave everything, we couldn’t ask anymore.”

A player & manager with Ballinamore Sean O’Heslins, Paul may have inadvertently helped Mohill’s chances of retaining the Fenagh Cup by giving them such a tough test last Sunday, something he agreed with a laugh, adding “They certainly got a bigger test today than Ballinamore did yesterday against Carrick so Mohill will be going into that final fairly strong.”

But, true Ballinamore man that he is, Paul added “Ballinamore have lots to offer too so I’m looking forward to a good final.”