Hunger is still strong in Mohill 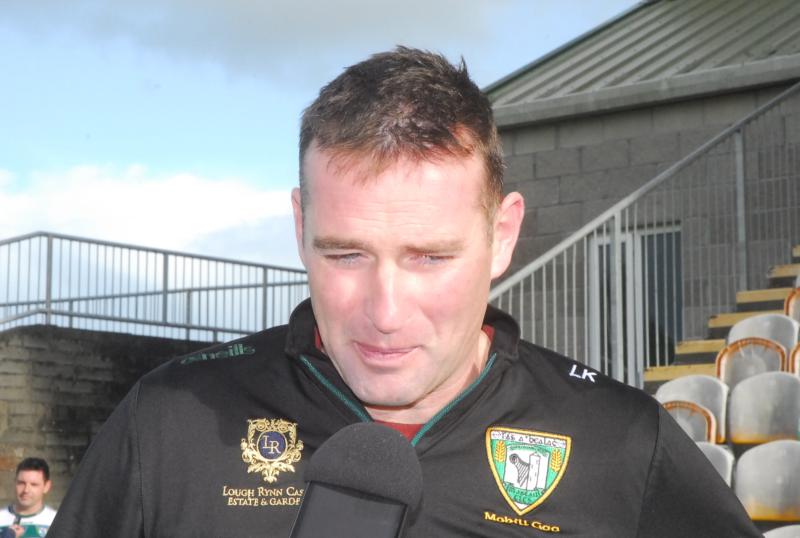 Most managers might not be pleased that they were under fierce pressure in a semi-final but Liam Keenan was delighted that his Mohill charges for a great challenge from underdogs Leitrim Gaels last Sunday.

Prohibitive favourites throughout this campaign, Mohill were put under huge pressure when Leitrim Gaels cut a seven point gap back to just a solitary point with just over ten minutes to play and Liam was delighted to get such a severe test.

“We got a massive test there today,” Liam told the Observer, “We had a bit of a cushion there at halftime and we felt that we weren’t playing as well as we could be and then in the second half, we started off pretty well, got a few nice scores and then it got scrappy, it got messy.

“Credit to Leitrim Gaels, they pushed up on us and they got some good scores themselves and we came under huge pressure.”

In fact, Liam was thrilled with the way Mohill reacted to the challenge, reinforcing his belief that the desire for success is still strong in his charges: “One of the things I’m most happy about is that we showed great fight, there is still fire in the belly.

“The lads wanted this badly and we got over the line and we’re delighted to be in the final.”