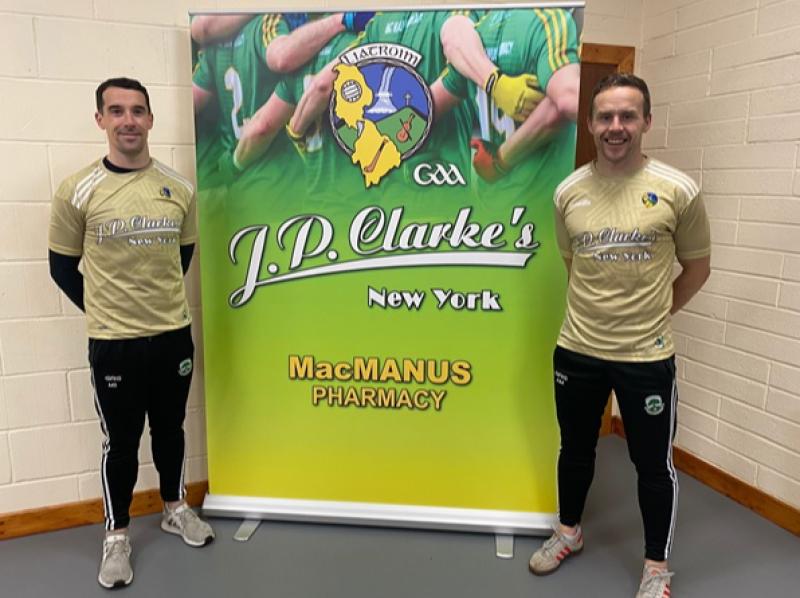 2017 Footballer of the Year and Mayo all-time appearance record holder Andy Moran is the new manager of the Leitrim Men's Senior football team after the Leitrim GAA County Board announced the appointment on their website at midday today (Thursday).

In their statement, the County Board said "We are delighted to bring the process of selecting a person to lead the County’s Senior Team into competitive action for the 2022 season to a conclusion with the appointment of the former Mayo Senior Footballer to this position.

"We look forward to a year of progress, as we, hopefully, head into a playing season in which normality will have resumed, following the continued Covid pandemic disruption of the 2020/2021 playing seasons."

The Mayo legend will be joined, as widely expected, on his management team by former Mayo U21 All-Ireland winning manager Mike Solan and former Leitrim stars Barry McWeeney & James Glancy as selectors with additional members of the backroom team to be announced at a later date. Moran played with the two former Leitrim stars on the IT Sligo team who won the Sigerson Cup in 2005.

Moran famously becomes the second Ballaghadereen man to take on the Leitrim Senior job, following in the footsteps of John O'Mahony who led Leitrim to Connacht Championship glory in 1994 and succeeds former Cavan manager Terry Hyland who served a three-year term and led Leitrim to promotion from Division 4 of the Allianz NFL for the first time in 2019.

The Leitrim GAA County Board statement in full is as follows:

Leitrim GAA, at its Management meeting last night, ratified the appointment of Andy Moran as its Senior Team Manager for 2022. We are delighted to bring the process of selecting a person to lead the County’s Senior Team into competitive action for the 2022 season to a conclusion with the appointment of the former Mayo Senior Footballer to this position.

We look forward to a year of progress, as we, hopefully, head into a playing season in which normality will have resumed, following the continued Covid pandemic disruption of the 2020/2021 playing seasons.

Andy will be assisted in his role by fellow Ballaghadereen GAA man, Mike Solan as Assistant Manager, and former Leitrim players Barry McWeeney and James Glancy as selectors.

Andy Moran played senior Inter-County football with Mayo from 2004 to 2019. The holder of the all-time Mayo appearances record has played six All-Ireland Finals with Mayo over that period. He is a two-time All-Star winner and holder of eight Connacht SFC Medals and was chosen as Footballer of the Year in 2017. He currently co-manages his native Ballaghaderreen GAA Senior team while still a playing member of the team in the Mayo SFC. He has previously coached the Mayo Under 20 team in 2020.

Mike Solan, who joins Andy as Assistant Manager, has previously managed Mayo at Under 20/21 level over the seasons 2016-2020. During that period, he presided over two Connacht Championship winning selections, while also being at the helm as Mayo captured the 2016 Under 21 All-Ireland title. He is currently joint manager with Andy at Ballaghaderreen GAA and has won two Mayo SFC titles with the club as a player in 2008 and 2012.

Barry McWeeney is a former Aughnasheelin footballer and has played with Leitrim at all levels. He was a very committed member of the Leitrim Senior Football panel from 2005 to 2014 and was a most accomplished defender. With his club he has won two Leitrim Intermediate Football championships in 2008 and 2017, the latter of which saw him captaining the team to victory. He is currently heavily involved in coaching within his own club.

James Glancy, a former Glencar/Manorhamilton footballer has had a long career in the colours of Leitrim at all levels, representing the Seniors from 2003 to 2014. He has had representative honours with Connacht in the Interprovincial series, and is the holder of five Leitrim SFC Medals with his club, having featured in nine senior deciders and being a member of the famed 4-in-a-row team of 2008-2011. James has vast coaching experience at all levels.

Leitrim GAA is delighted to announce currently that this quartet will lead the fortunes of the County Senior Footballers forward over the next two seasons. Interesting to note that Andy Moran, Barry McWeeney and James Glancy won a Sigerson Cup together with Sligo IT in 2005.

Any additional members of the extended backroom team will be announced at a later date.

"His contribution to the activities of Leitrim GAA went way beyond those expected from a Senior Team Manager, particularly during the course of the pandemic" - Leitrim GAA County Board
ADVERTISEMENT - CONTINUE READING BELOW