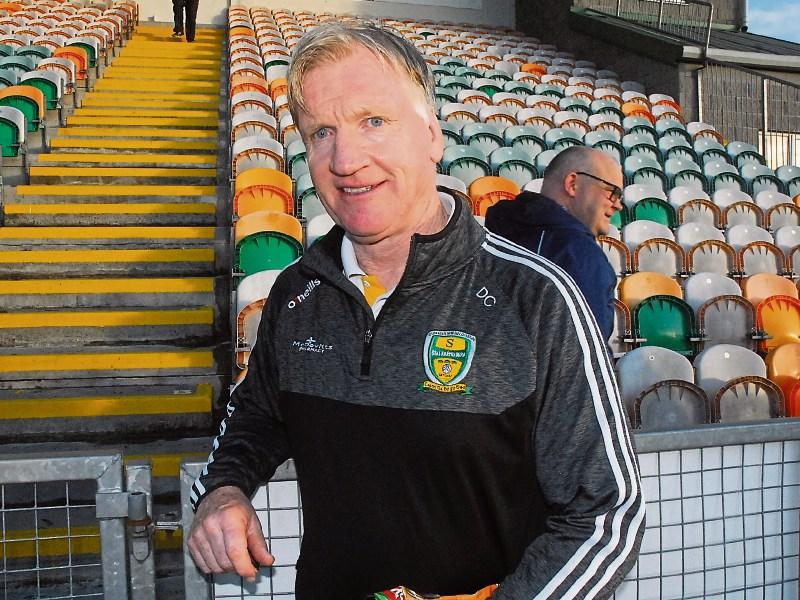 Hard to escape the history of great achievements in Ballinamore Sean O’Heslins - all you have to do is look at the walls of their clubhouse or the walls in Gay Prior’s bar to see an unparalleled record of success. But now Dominic Corrigan believes it is time for the current generation of players to stand up.

Ballinamore head into Sunday’s Connacht Gold SFC Final against Mohill seeking to lift the Fenagh Cup for the first time since 1990 and Dominic believes it is time for the club’s generation of players to end their famine.

Speaking to the Observer after his team’s impressive demolition of St Mary’s, Dominic said “I think a team like Ballinamore should expect to be in a County Final every couple of years and it shouldn’t be 30 years . There is expectation there that we should be winning titles but I think that is good - the players realise there are standards set from previous teams and these boys want to aspire to those and the target for us is to win the county final.”

When Ballinamore reached the Final two years ago, the town experienced an explosion of excitement in the build-up to their meeting with Glencar Manorhamilton but the former Fermanagh manager believes his team are better equipped to deal with all the hype that comes with County Final day.

“I think they’ll be more settled this time, it was a novelty for them two years ago. We’ll prepare for it diligently, we’ll look at aspects we can improve, we’ll look at Mohill, what their strengths are and try to nullify them but it is great to be in the county final, it is great for the community of Ballinamore and the club because it is a proud club with a rich history and we’d love to nail it this time.”

“Now they know what it is about and this time we will be more focussed on trying to nail down a performance - even though two years ago, I thought we played well but were unlucky. Losing one two years ago, hopefully, won’t have done us any harm.”

With many people feeling Ballinamore have timed their run to the final to perfection, Dominic credits his backroom team for their performances: “Every team that gets to a County Final hopes to peak on the day but every County Final takes on a life of its own.

"I'd have to credit Aidan Creamer , our S&C coach, for the work he has done. Putting programmes together for our lads during the lockdown last winter and getting them up to the levels that are required to compete in the modern game.”

Dominic also paid tribute to the numerous coaches who helped produce the club’s current crop of stars: “All their underage coaches can take great pride in seeing them in their second County Final in three years.”

The names of Tom Prior and Mark McGrory have been on everyone’s lips in recent weeks but Dominic stresses it will take an all round team effort to bring the Fenagh Cup back to Ballinamore: “The thing I would emphasise with the team all the time is that it is about the team, not about the individual. Individuals play their part but it is all about the team and we’d be hoping that the team ethic will drive us over the line.

“There is great belief, the players have great belief and we will work hard and try to get our best performance out. But we have work to do to get across the line and that is the target now.”