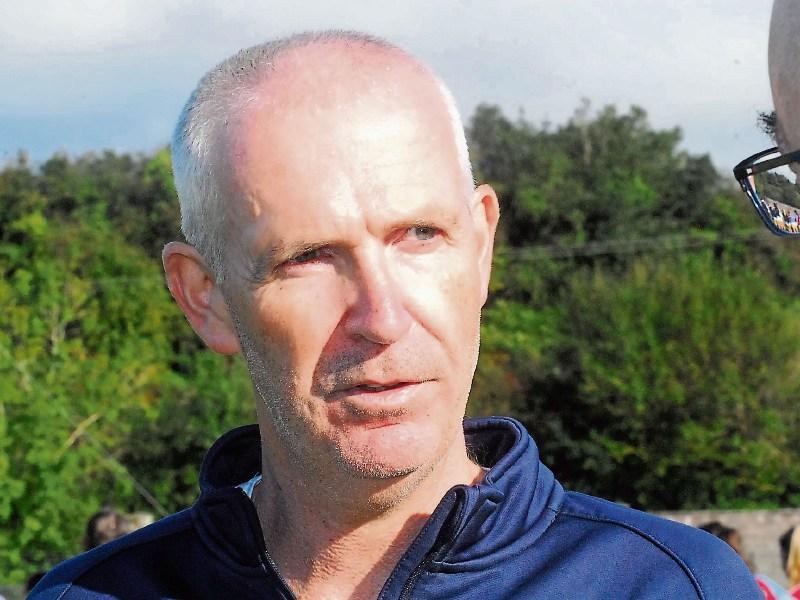 It may have been tougher than many expected but Ballinamore Sean O’Heslins will take lots of lessons from Saturday’s hard fought Gotham Dry Wall LGFA Senior B Semi-Final victory over St Francis according to manager Conor Harte.

Ballinamore, who beat St Francis by 25 points in the round robin stages, were level just ten minutes into the second half but Conor wasn’t surprised by the tough test his charges got: “It happens every year, when you get into the knockout stages, the dynamic changes and every team feels they’re in with a chance again.

“You’re coming to a heavy pitch, it slows things down and it makes it difficult for both teams. I thought we coped with it pretty well but St Francis upped their game from the last day we played them and they certainly were in the hunt for a long time. We’re just delighted to get out of the semi-final and glad to be in a final.

“Some of our shooting was off today, we probably turned over more ball than we should have and we have a lot to tidy up, a lot to work on this week. We learned a lot from today and no matter who comes out of the other semi-final, they’re going to be tough opposition.”

Yet there were lots of positives for Conor: “The one thing we took out of that game was the determination we showed, particularly when it got tight, our girls dug in. We conceded a goal and our girls went straight up the field and scored a goal. We’ve been doing that fairly regularly. Semi-Finals are always tough to win.”

Managing workload and overcoming injuries are testing panels severely according to Conor: “Five games in a row, it is a big ask and to be fair to the girls and all the teams involved in it, it is probably a bit unfair on them at times, conditions are worsening so when teams are fatiguing, it will tell on panels. We’re lucky we have some brilliant subs to bring in and it has given us an avenue at times during difficult parts of games.”

Next weekend is a big one for Ballinamore with the mens and women’s teams contesting County Finals so when asked if he will enjoy the weekend’s games, Conor laughingly said “We’ll see.”

He did agree that it is a big weekend for the club! “It is probably unusual, I don’t think it has happened with us before, competing in two senior finals the same weekend. There will be a great buzz all week, we had to win this game first before we knew we were. The girls will enjoy the buzz leading up to it and hopefully, we have learned a bit from last year.”