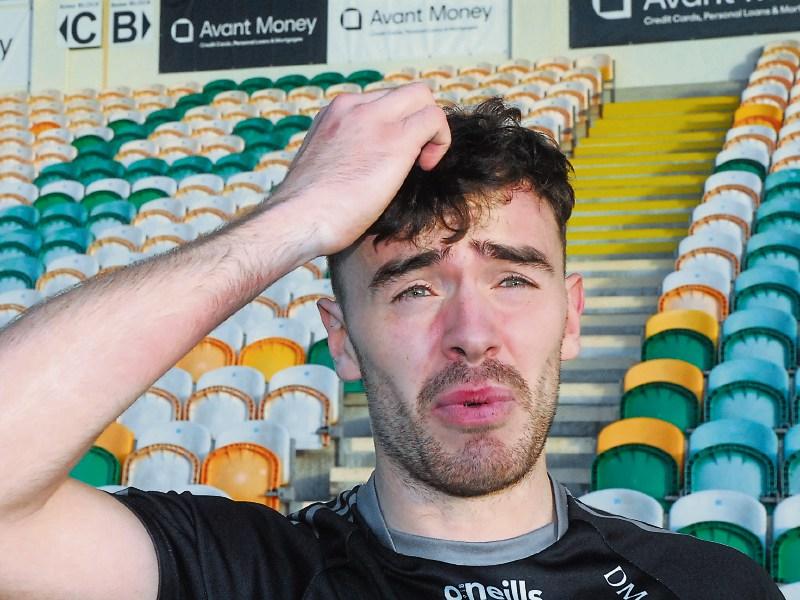 You wonder if Dean McGovern is being greedy when, just minutes after seeing his team delivering a tour de force in the Connacht Gold SFC Semi-Final against St Mary’s, the Ballinamore Sean O’Heslins captain is demanding even more ahead of next Sunday’s Final against Mohill.

Speaking just after his team’s commanding 3-15 to 0-9 victory over the Carrick men, Dean’s reaction was a mixture of happiness and puzzlement as he demands even more ahead of Sunday’s showcase event.

“Happy enough,” was the Ballinamore captain’s reaction before he added “But I didn’t realise it until somebody said to me that we didn’t get a score for the first nine minutes so to put that score up after 51 minutes is pleasing enough.”

Dean agreed that their semi-final display was Ballinamore’s best of the campaign but he is looking for more against Mohill: “It probably was - from being at training, we probably felt it was going that way, small little things I suppose. We played for ten minutes against Manor, I’d say we got 25 out of ourselves there so it is something to build on for the next few weeks.

“When you look at the age profile, Carrick are actually an older team than we are so we kind of felt they couldn’t really live with our legs. Tom was excellent, a real provider, just real unselfish, real workmanlike and obviously our big players played, Niall and Shane, Wayne was good and our defence was pretty solid.”

No more than St Mary’s in 2020, Ballinamore actually lost their first two games of the group stages against Fenagh St Caillin’s and Mohill but after watching the game back, Dean felt there were improvements to be made: “We lost those two games but when you look back on those two games on the DVD, the two goals were given away by the same man, it was Niall so it was small little things.

“We felt we weren’t a million miles off. We tweaked our training days and that has paid off, Aidan Creamer coming in has been huge and a big addition to the backroom team.”

The versatile McGovern has seen action this year in what seems like every line of the field bar between the posts but Dean feels he has a bit more work to do to get to the levels he wants: “I’ve always got around the place - first day I started at wing back, a few lads and myself we had some really tough words. I got put down to a bit of extra training and work and thankfully it has shown in the legs out there at the minute. I just want to get fitter, get stronger for the final.”

The memory of the excitement and colour in Ballinamore two years is something the O’Heslins camp is very much aware of but Dean stresses that 2021 is a very different year to 2019 and Ballinamore have learned from that experience: “It is a different year, I suppose two years ago, it was quite alien to all of us. But since that County Final, our Mam doesn’t even talk to us about games the week of them anymore, we just learned from that.

“We have much of the same players, I think Michael McKiernan and Senan are the only two players who haven’t experienced the final but they’ll take learnings from us and we’ll take learnings from them, you can’t beat youth for having a bit of craic about the place but we will look forward to it, that is all we can do.“

Neither does Dean ascribes to notions of outside expectations having an impact on the camp: “Just like with the Kerrys and the Dublins, it is all outside noise. It is something for people to talk about but we’re not really interested in that.”

As for the old familiar foes in Mohill, Dean, speaking before the second semi-final was played said, “Whoever it is, we’ve played them plenty of times. If it is Mohill, it will be the fourth time we’ve played them this year, we all know each other at this stage. It is something for us to look forward to.”