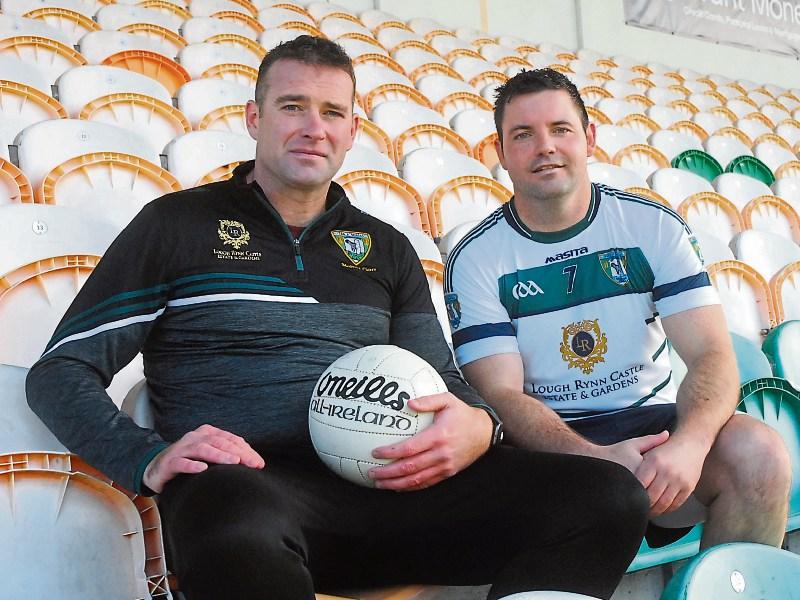 Looking for their fourth title in seven campaigns, you might be forgiven for thinking that the passage of the years may diminish Mohill’s desire but there was no disguising the ferocious hunger for victory in the camp of the defending champions.

That’s what Mohill manager Liam Keenan believes as his team seek to retain the Fenagh Cup for the first time in the club’s history when they take on Ballinamore Sean O’Heslins next Sunday in Avant Money Pairc Sean Mac Diarmada on the premier day in Leitrim GAA’s club calendar.

The unheralded and unfancied Leitrim Gaels tested Mohill to the limit in the semi-final and Liam was thrilled that, after a series of facile victories, his troops had their resolve tested up close and personal!

“You could argue that,” agreed Liam when asked if the challenge posed by Leitrim Gaels was just what his troops needed, adding “Championship games, by their nature, are supposed to be tough games, you’re not supposed to get any of them handy.

“We played well in a lot of our championship games to date but we probably haven’t been tested as much as we would like but I’m very, very happy that we got that test in the semi-final.”

The way Mohill dug deep and responded to everything Leitrim Gaels threw at them pleased Liam most: “I suppose we were a little bit flatter than we normally would be but I was still very impressed by the way they dug deep, lung bursting runs and fighting for every ball. If they dig deep and pull it out of the fire in the Final, we’d be very happy.

Hunger is still strong in Mohill

“That’s what we’re most happy about, that the fire is still in them and that is still very important as we go into the final - that they want this as much as they ever wanted it. I’m looking forward to the next few weeks.”

Mohill’s incredible physical conditioning has been a feature of this campaign and Liam, as he always has, stressed the value of a strong panel: “The three fellas who came in did well, they all got their hands on the ball and contributed to the thing. Danny spoke to the team before the game that we were going to need everybody, we were going to need lads to come in and make a difference and they did today.”

Ominously, Liam believes that many in his squad won’t have been happy with their semi-final final performance but agreed that having a player of Keith Beirne’s calibre in the Mohill ranks is a huge asset: “Some of the lads wouldn’t be overly happy with their performances today but we’ve lots to work on.

“ It takes a team to win these games but it is fantastic to have a player of Keith’s ability to be able to slot over those frees and shots from play. Some of the frees we won were hard won and featured great runs from the lads.”

Sunday’s Final will be the fourth meeting between Mohill and Ballinamore in League and championship action this year and Liam is expecting an all out battle: “There won’t be much between us in the final, a kick of the ball, I’d imagine, will settle the whole thing. By all accounts, they were very impressive against St Mary’s and we have lots to work on and we’re delighted to have lots to work on.

“They are two strong panels of players and fine footballers in both panels so it will be a battle, we expect nothing different to be honest.”

Talk of becoming the first Mohill team to retain the Fenagh Cup has been ignored all year as Liam has consistently preached a message of concentrating on the task at hand: “We had to get through the semi-final, we could never win another senior championship without getting through the semi-final. But you have to get to the semi-final to have any chance of winning the title. We’re there now, we know it is going to be a ferocious battle and that will focus the minds this week.”