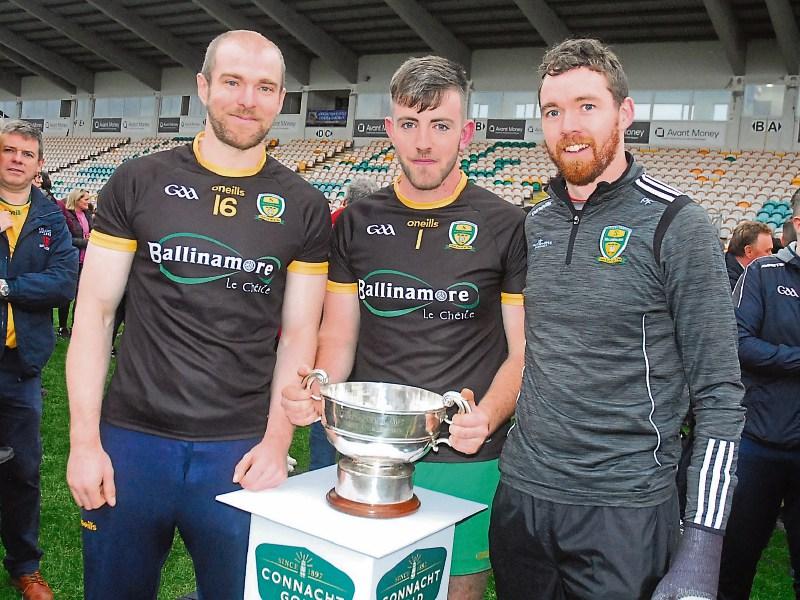 Goalkeeper is often the loneliest and most brutal position there is on any team, writes John Connolly. You might be assured of your game every week if you hit a certain standard but every mistake is magnified and even a lot of the times when you play well, you’re often overshadowed by the more glamorous positions out the field.

Darren Maxwell knows well how that feels but last Sunday evening, the name of the Ballinamore Sean O’Heslins keeper was on everyone’s lips after he made three superb saves to deny Mohill certain goals and it is fair to say that the netminder was hailed as one of Ballinamore’s match winners.

For Darren, Sunday's Final was the stuff of dreams!

“It is completely surreal, you dream this growing up as a kid,” was his initial reaction when asked what it meant but he displayed all of his card carrying membership of the goalkeeper’s union when asked how he made that miraculous ave just after halftime “I suppose 100% luck!”

On a serious note, Ballinamore’s custodian added “I thought I was a bit slow getting down to it, just about got it tipped around the corner. I thought when I was after hitting the ball, I thought it might go inside the post but, God, I was glad to see it go the far side of the post.

“If any of those Mohill chances had gone in, especially in the first half, I think it would have been game over. They had the momentum, we knew we had to dig deep but lucky enough I got a hand to it. If they had got it, three points, you could effectively say game over.”

Emphasising just how important his fellow keepers Philip Farrelly and Denis Dolan are to his development, Darren explains just how difficult the job is: “Being a goal is the most thankless position there is. There is pressure on, kickouts have to be perfect, they have to be spot on, shot stopping has to be spot on. It is my childhood dream, you dream this is where you want to be and I can’t believe it.”

Looking back on the campaign, Darren said Ballinamore were determined to learn from the experience of losing the Final two years ago: “2019 came and it was our first time in I don’t know how long, the hype got to us. This year we knew it would be different. We let the club down the first two games, the worst two games we ever played and we still only lost by a goal so we knew that there was something there.

“We put our heads down after the Mohill game and something just clicked about us. We knew going into the Manorhamilton game we were a different animal and every game, step by step, we maybe improved five percent every game.

“We weren’t on our game at the start of the championship but we timed it to perfection and we knew this was our year.”