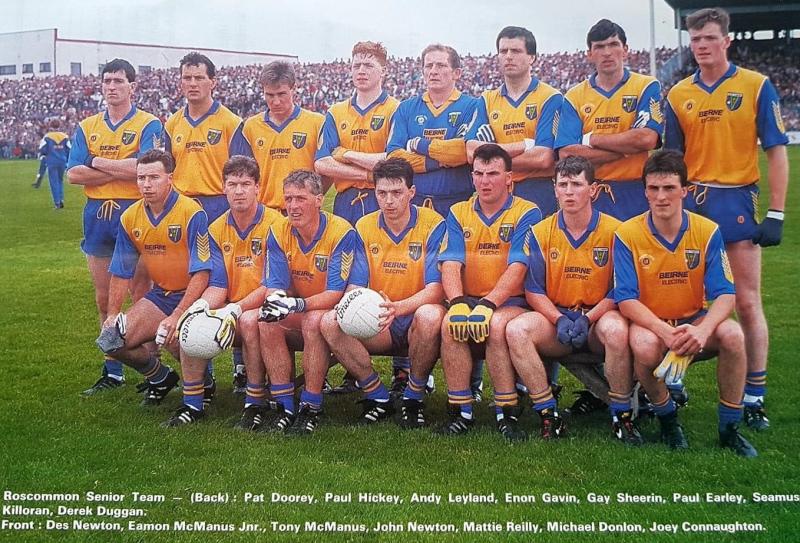 The Roscommon team who won the 1991 Connacht SFC title

The Roscommon teams which won back-to-back Connnacht SFC finals in 1990 and '91 will be guests of honour at next Sunday's Roscommon Senior Championship final between Clann na nGael and Padraig Pearses at Dr Hyde Park.

Managed by Martin McDermott, the Rossies beat Galway in the 1990 decider before retaining the Nestor Cup following a replay victory over Mayo. Some of the stars of those teams included Pat Doorey, Eamon and Tony McManus, Paul Earley, John Newton, Derek Duggan and Seamus Killoran.

I am delighted that this Sunday at our County Senior Football final we will be honouring the Roscommon Senior Football teams of 1990/1991 who won back to back Connacht titles.

These mighty men created so many great memories for Roscommon supporters.

The Leitrim team of PJ Carroll suffered heartbreaking defeats to the Rossies in both years, losing 2-11 to 1-10 in 1990 with a late Paul Earley goal breaking Green & Gold hearts in the process. Ballinamore's Ciaran Mahon was Leitrim's top scorer that day in Hyde Park with 1-5 but the crucial incidents were injuries to Aughawillan's Mickey Quinn and Drumreilly's Gerry Holohan at key times of the contest.

In 1991, Roscommon came to Pairc Sean Mac Diarmada and, inspired by a superb display from man of the match Tony McManus, went home with a 0-12 to 0-8 victory that was more clear cut than the scoreline suggests. Roscommon went on to draw 0-14 points apiece with Mayo in Castlebar on a day when a Leitrim Minor team featuring future All-Star Seamus Quinn lost the Provincial Minor decider against Mayo.

Derek Duggan entered Roscommon folklore with a monster 60 yard free to tie the scores and Roscommon would go on to win the replay 0-13 to 1-9. Their run of victories in narrow games came to an end in the All-Ireland semi-final when Meath staged another late rally to win 0-15 to 1-11, the goal a thunderbolt from Duggan in the first half.

The 1991 team was captained by John Newton of Croghan whose father JP played for Annaduff and Leitrim while his brother Des also lined out in the corner in both victorious teams. 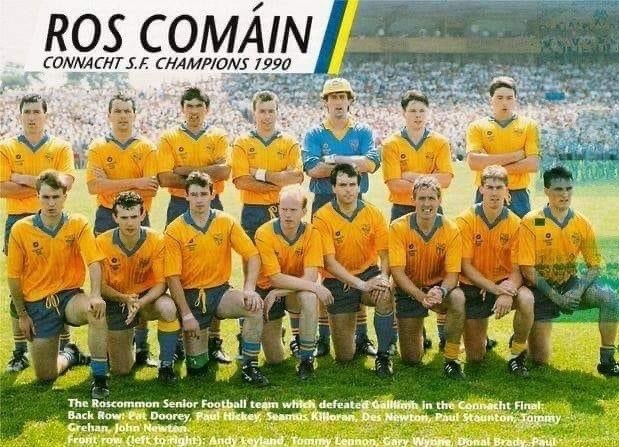 The Roscommon team who won the 1990 Connacht SFC title