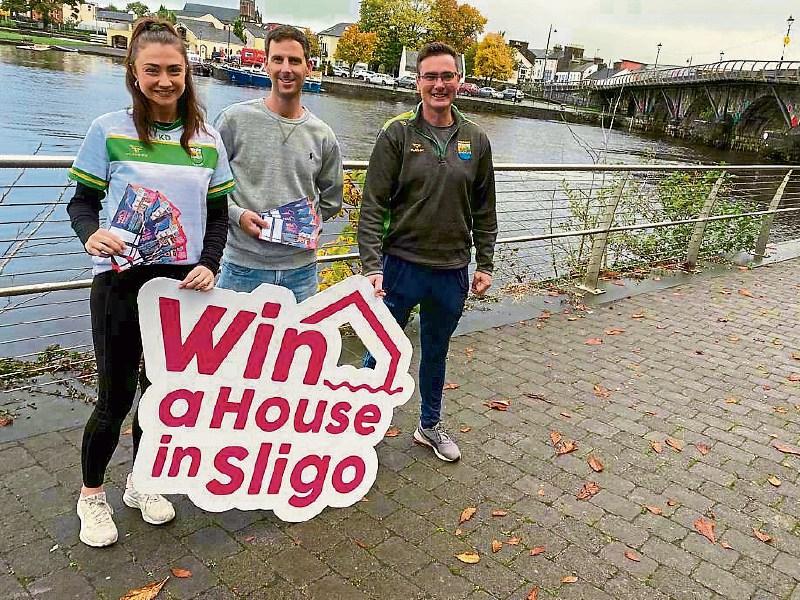 Shannon Gaels GAA club in Roscommon, along with Curry GAA club in Sligo, are offering one lucky person the chance to live mortgage free in a  brand new  house in Sligo worth over  €340,000. The fundraiser was officially launched in July and ticket sales so far have exceeded expectations.

Now readers of the Leitrim Observer who enter the promo code ‘BUYLOCAL’ when purchasing a ticket before November 7, will be entered into a special local paper draw to win five extra tickets for free.

Located just  seven minutes  from  surfer’s paradise  Strandhill Beach and  five minutes from  the heart of  Sligo, the prize on offer has garnered a huge amount of local and national attention.

The beautiful  three bedroom home is in Farmhill Manor on the much sought after Strandhill Road and  combines  the hustle and bustle of Sligo town with the stunning natural beauty of  t he Wild Atlantic Way.

The joint venture  between the two  rural  clubs has come about with thanks to the directors of KDM Construction, Michael Durcan and Colm Kelly who hail from Curry and Shannon Gaels respectively and the funds raised will be  split between the two  clubs  to develop  training and pitch  facilities.

The winner of the Win a House in Sligo fundraiser  will be announced on  January 9, at an official event.

Speaking about the ongoing campaign, Chairman of Shannon Gaels GAA club,  Colm Kelly  commented “The response to the Win a House fundraiser has been phenomenal and there’s been massive buy in from the two communities involved as well as our friends in neighbouring clubs. We’ve had teams of volunteers putting up posters, running bonus draws and even selling tickets outside local supermarkets and club championship games.

“We’ve been overwhelmed with the level of support from the people of Leitrim and I’d like to give my sincere thanks to all our neighbours for continuing to support us in this venture.”

For just €100 you could win a house in Sligo. Buy your Ticket now at WinAHouseInSligo.ie